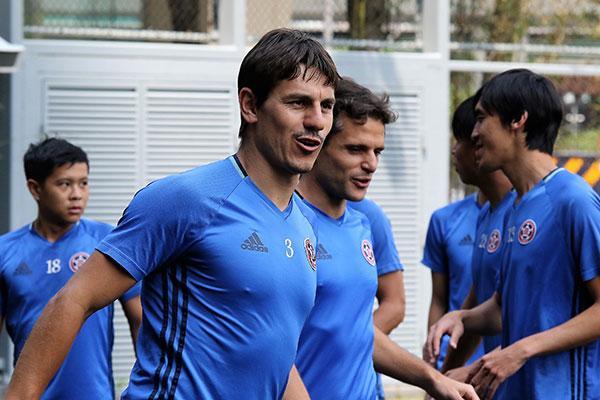 After four ACL games Eastern remain at the bottom of Group G with just 1 point. (Photo courtesy of HKFA.com)

This Wednesday, Apr 12, all eyes were on Eastern, when they travelled to South Korea to take on Suwon Bluewings in the Asian Champions League. However, despite hopes to repeat the inspiring performances from the ACL home games, Chan Yuen-ting’s men succumbed to a clear-cut 5-0 defeat, that also laid bare an obvious difference in quality. Eastern remained harmless throughout the entire game, which ended up being a relatively easy affair for the hosts. Suwon took the lead in the 37th minute, when Yeom Ki-kun scored from a header. In the second half Eastern showed a bit more courage to go forward, but this also led to bigger gaps in the defence, offering Suwon even more opportunities in return. After conceding the second goal in the 63rd minute, the floodgates were eventually opened, with Suwon scoring another three goals in just five minutes, two by striker Johnathan and one by Ko Seung-beom. In the parallel game, Kawasaki Frontale held Guangzhou Evergrande to a goalless draw in Japan, which now leaves Suwon Bluewings on top of Group G with 8 points, followed by Guangzhou (6), and Kawasaki (4). Eastern remain at the bottom with a single point out of four games, making a qualification to the Round of 16 practically impossible. On 25 Apr the reigning Hong Kong champions will host Guangzhou Evergrande at Mong Kok Stadium for their last ACL home game, which have been sold out for several months.

But meanwhile Eastern have another tournament to focus on. This week eight Hong Kong Premier League games will face each other in the quarter finals of the FA Cup, while Tai Po, R&F, and HKFC were already eliminated in a preliminary round back in December. 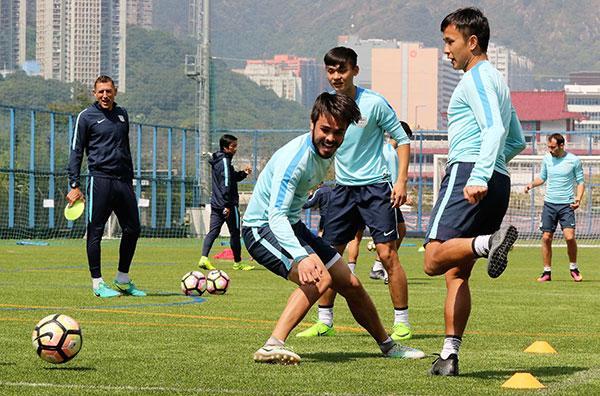 Originally scheduled for 16 Apr, the game has just been moved to Thursday night. However, that doesn’t mean that the teams will have a longer Easter break for themselves. In fact, they will play against each other again on 17 Apr in a rescheduled Premier League round. Nevertheless, the clear favourites for both encounters are Kitchee, who have been in incredible form of late. Last weekend they beat Hong Kong Football Club in double digits, when celebrating a flabbergasting 10-0 victory at Mong Kok Stadium. Rufino and Sandro scored four goals each, with the latter being now the new top-scorer of the league, one goal ahead of Eastern’s Manuel Bleda. In fact, in the last four games Kitchee scored 24 goals in total, while conceding just three. At the same time, their title rivals Eastern dropped important points against Rangers, which will make the championship even more exciting for the remaining weeks. Nevertheless, the Bluewaves shouldn’t underestimate Pegasus, who are the current FA Cup titleholders after beating Yuen Long in penalties last year. 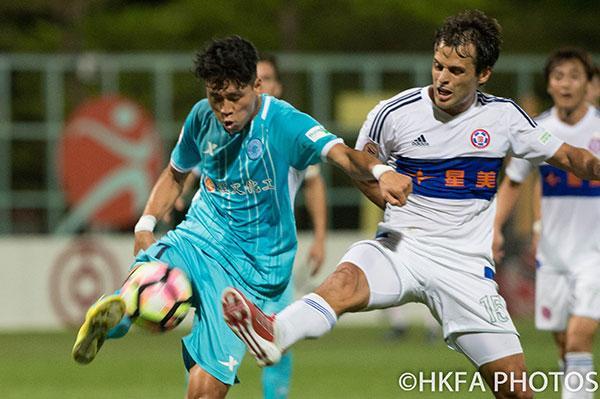 However, for the other FA Cup finalists of 2016, this year’s draw is not much easier. On Saturday, Yuen Long will face Eastern in Sham Shui Po, but the New Territories side will set out to cause a major upset. Eastern have been struggling with their defence in recent weeks – not only in the ACL, where they lost 0-5 to Suwon – but especially in the league, conceding altogether nine goals in the last three games. On a positive note, Chan Yuen-ting should have most of her squad available – aside from Saric and Xu Deshuai who still work on their comeback. Last weekend, Eastern had to settle with an unexpected draw, dropping crucial points in the title race, which might become decisive for the championship. However, the Blues were even lucky to get away with one point, if not forGiovane da Silva scoring the equalizer only in the fifth minute of injury time.

Yuen Long have found themselves on a downwards trend as well. Their latest win dates back to 19 Feb and last round they shared points with Pegasus in a rather disappointing 0-0 draw. However, the prospect of FA Cup glories might offer some extra motivation. 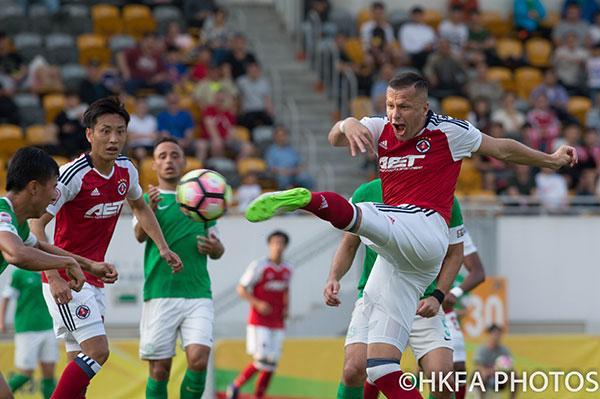 Despite the incredible 3-3 draw against Eastern last weekend, the Rangers players were extremely disappointed about the result, which looked like an unlikely 3-pointer until the 94th minute. Man of the match was definitely Jordi Tarres, who shocked the Blues with a hat-trick that day. Being on loan to Rangers from Kitchee, the Spanish striker might have also done his former teammates a huge favor in making the title race a bit tighter as well. In the FA Cup, Rangers will take on South China, who were surprisingly thrashed by Tai Po in the previous Premier League round. Without BojanMalisic and Marko Perovic in their squad, the Caroliners succumbed to a painful 1-4 defeat. Earlier this season, South China also lost to Rangers 2-4, hence, they might use this opportunity to strike back. 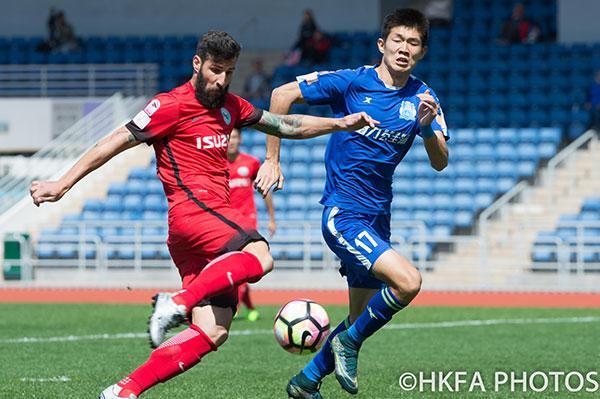 Southern have the chance to finish as third in the league. (Photo courtesy of HKFA.com)

Southern had a bye-week last weekend, but with South China dropping points, the Aberdeeners have the realistic chance to finish third, right behind Eastern and Kitchee. However, as of now, a place in the season-playoff is not yet guaranteed, so the FA Cup could be a useful back-up route. Back in February Southern celebrated a 6-0 win over Glory Sky, so it would be indeed a surprise if they would fail to progress to the next round of the tournament, and if luck is on their side, they might even be a serious contender for some silverware this season.

The semi-finals of the FA Cup will be played on 29 and 30 Apr, while the grand finale is scheduled for 14 May – one week after the Premier League championship will have been decided.