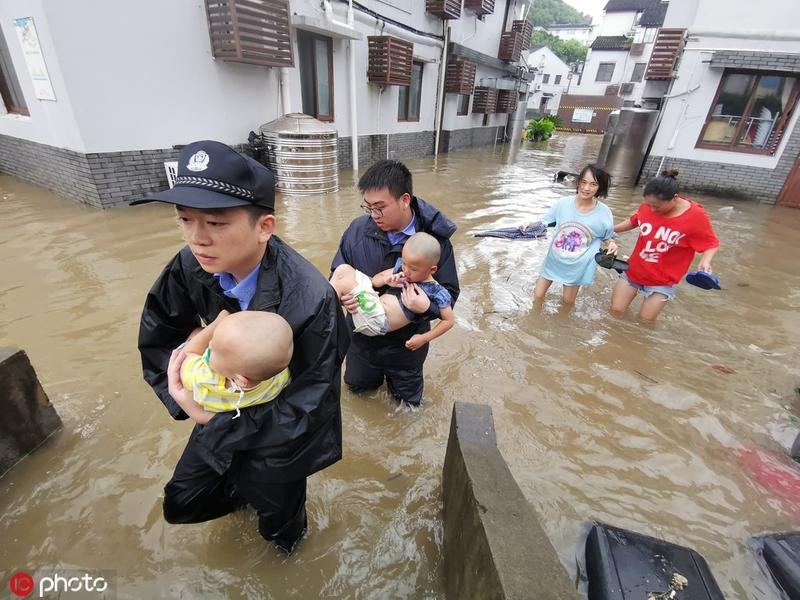 HANGZHOU/BEIJING - Chinese authorities have warned officials in north China of possible flash floods triggered by rainstorms as the powerful typhoon Lekima is expected to make a second landing late Sunday.

From 8 pm Sunday to 8 pm Monday, flash floods will likely occur in parts of Hebei, Liaoning, Shandong provinces and the Inner Mongolia Autonomous Region, according to a statement released by the National Meteorological Center and the Ministry of Water Resources.

The super typhoon Lekima is expected to make a second landing along the coastline in Shandong late Sunday, packing strong winds and heavy downpours, the National Meteorological Center warned.

Heavy rain is expected to hit Tianjin and the provinces of Shandong, Hebei, Liaoning and Jilin, it said.

A total of 32 people have died and 16 remain missing after Lekima made landfall in eastern China's Zhejiang province on Saturday, local authorities said on Sunday.

Most of the deaths occurred in Yongjia County, administered by Wenzhou city, where torrential downpours caused a landslide that blocked a river. The barrier lake burst and flooded waters swept people away.

Nearly 1.08 million people have been evacuated to safe places, and close to 5 million people in Zhejiang were affected, said the provincial flood control headquarters.

Lekima, the ninth typhoon and the strongest this year, landed around 1:45 am Saturday in the city of Wenling in Zhejiang, packing winds of 187 kilometers per hour and bringing heavy rainstorms.

In Zhejiang, the typhoon damaged more than 173,000 hectares of crops and 34,000 houses. The direct economic loss amounts to 14.57 billion yuan (about US$2.1 billion), the headquarters said. Rescue operations are underway. 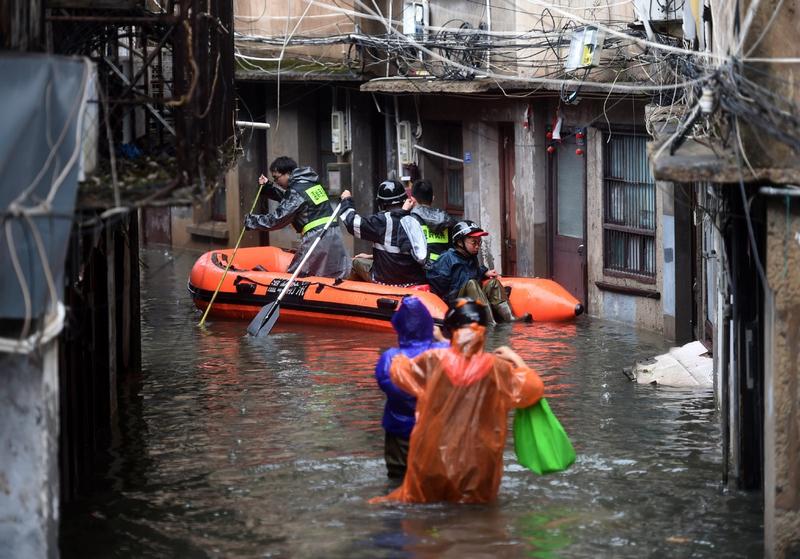 On Saturday, heavy downpours flooded the 1,600-year-old town of Linhai, about one and half hour drive north from where the typhoon landed. The town was completely inundated, and rescue workers had to navigate on inflatable boats and evacuate residents. Floodwater started to retreat on Sunday, rescuers said.

As the typhoon swept through Shanghai, about 253,000 people in the city have been evacuated to safe places, Shanghai flood control authorities said.

On Sunday, Lekima was moving northwards and will churn up the east coast of Shandong province.

Shandong air traffic management bureau said the typhoon will greatly affect traffic in airports of the area. A total of 47 flights have been adjusted.