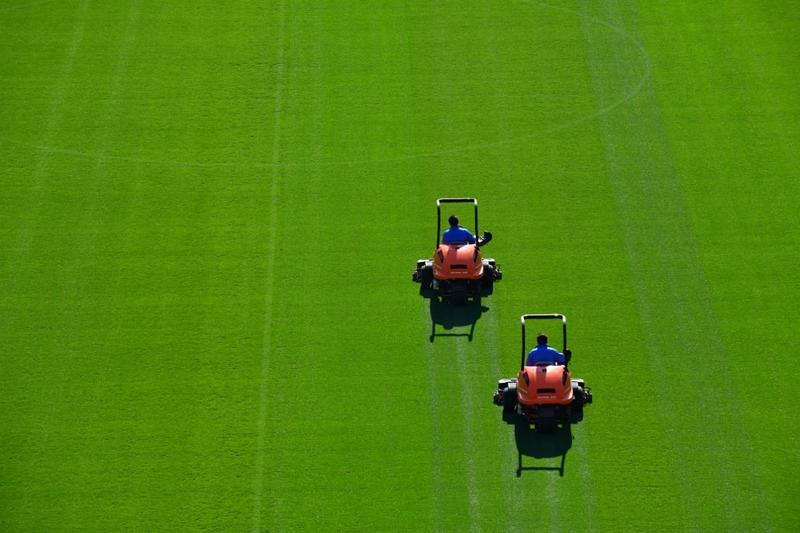 This picture taken on March 8, 2019 shows filed keepers taking maintenance of turf at the Yokohama International Stadium, one of the venues for 2019 Rugby World Cup, in Yokohama. (KAZUHIRO NOGI / AFP)

The Record reports that a killdeer laid its eggs about two weeks ago on a patch of synthetic grass near the south goal in Teaneck's Votee Park.

Public works employees have cordoned off the nest with cones and yellow tape.

It could take one to two months for the eggs to hatch and the chicks to leave the nest.

Soccer teams are using alternative fields for the time being.