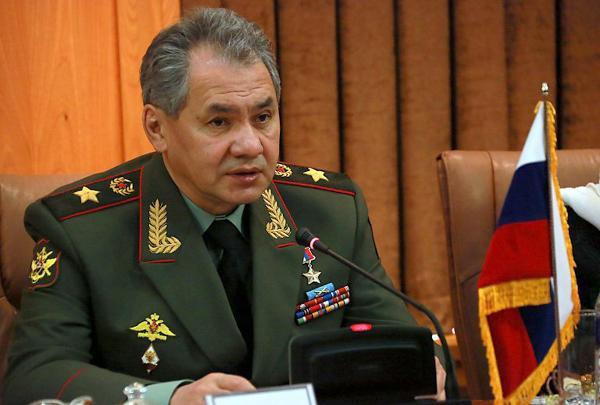 A handout picture released by the official website of the Iranian Defense Ministry shows Russian Defense Minister Sergei Shoigu during a meeting with his Iranian counterpart in Tehran on Jan 20, 2015. (IRANIAN DEFENSE MINISTRY / AFP)

MOSCOW - Russia will strengthen its military presence in Central Asia due to the continuously unstable situation in the territory, Russian Defense Minister Sergei Shoigu said Friday.

The situation in Central Asia remains unstable. The armed conflicts between the government troops, Taliban, and ISIS continued in Afghanistan

"The situation in Central Asia remains unstable. The armed conflicts between the government troops, Taliban, and ISIS continued in Afghanistan," Shoigu said during a board session of the military department.

Noting that the Central Asian area is of great strategic importance, the minister said that Russia's Central Military District is paying special attention to the implementation of joint actions with the armed forces of Central Asian countries in a bid to strengthen positions of Russia in the region.

Joint combat exercises between Russian, Kyrgyz, Tajik and Uzbek armies have been planned for the second half of this year, he added.

The Central Military District is one of the four operational strategic commands of the Armed Forces of the Russian Federation.

Headquartered in the city of Yekaterinburg in central Russia, the military district is responsible for managing Russia's military affairs within the territory of Central Asia.