By Jing Shuiyu and Hu Meidong 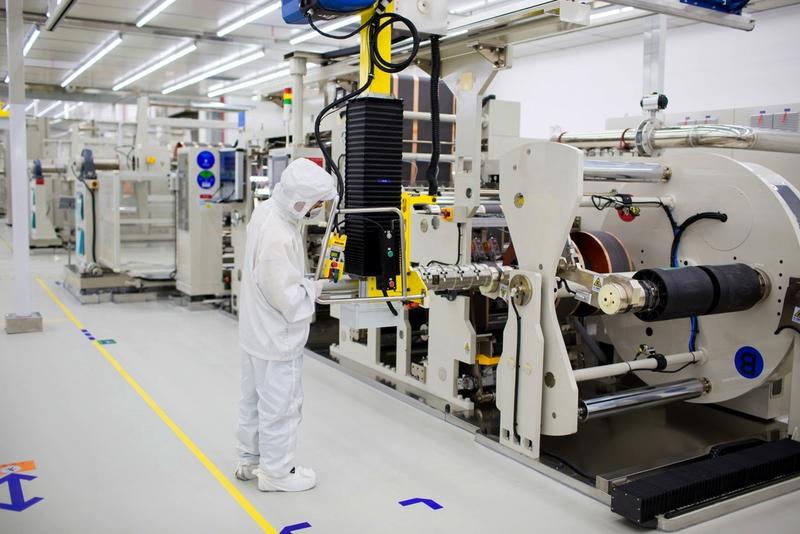 In this undated photo, a Contemporary Amperex employee works at an assembly line in Ningde, Fujian province. (PHOTO / XINHUA)

The agreement covers the global supply of battery modules for some of the Swedish carmaker's next-generation models, CATL said in a statement. The batteries for this deal will also come from CATL's overseas plant.

According to the statement, the cooperation represents a milestone in CATL's global development, and a major step towards realizing Volvo Cars' ambitious electrification strategy.

"CATL will provide localized services with a local team in Sweden for localized battery supply services and more efficient communications," the battery giant, based in Ningde, Fujian province, said.

CATL will use clean energy for battery production, tracking and managing raw material supplies, it said.

Volvo Cars also signed a deal with South Korea-based LG Chem Ltd. The companies said the deals were valued at several billion dollars but did not disclose detailed financial terms.

CATL became the world's largest battery producer by sales in 2017, according to Shenzhen Gaogong Industry Research Co Ltd. The company has set up branches in markets including the United States, Canada and Japan.

Cui Dongshu, a senior researcher with the China Automobile Dealers Association's research institution, said the rapid growth of CATL can be attributed to the growing domestic market demands for power batteries.

The battery giant's performance in the first quarter showed the strong position of CATL in the industry, Cui said.

In the first three months this year, China's new energy vehicle production and sales amounted to 304,000 units and 299,890 units respectively, both double the previous year's figures.

Sales of pure electric vehicles rose 121.4 percent in the period to 227,000 units, and sales of plug-in hybrid vehicles rose 79.1 percent to 72,000 units, according to the China Association of Automobile Manufacturers.

The Chinese authorities have announced plans to scale back subsidies in the NEV industry, which caused concern that demand for batteries might be dampened as a result.

Cui said while the amount of subsidies remains uncertain, car markers will manage to ensure the supply of batteries, especially quality products that can meet strict requirements.