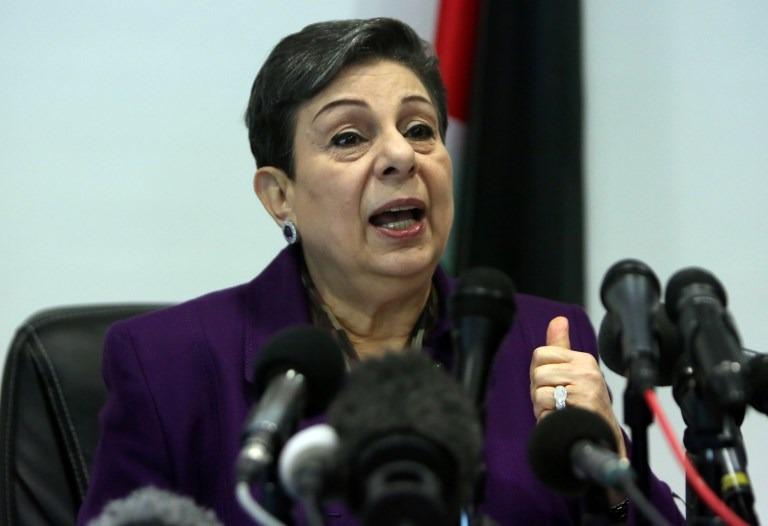 RAMALLAH — A senior Palestinian official slammed Monday the Israeli threats to stop the activities of the United Nations Relief and Works Agency for Palestine Refugees (UNRWA) in East Jerusalem.

Hanan Ashrawi, member of  the PLO stressed that Israel "is not entitled to change the mandate, duties and responsibilities of UNRWA as defined by the United Nations"

Hanan Ashrawi, member of the Palestine Liberation Organization (PLO), said in a press statement that the Israeli threats are "a disregard to the international order and its laws."

Mayor of Jerusalem Nir Barkat announced earlier that he intends to draw up a plan for submission to Israeli Prime Minister Benjamin Netanyahu to expel UNRWA from East Jerusalem.

She noted that these remarks "are targeting the Palestinian refugees and their rights that were guaranteed by international and humanitarian laws."

Ashrawi stressed that Israel "is not entitled to change the mandate, duties and responsibilities of UNRWA as defined by the United Nations," adding that such remarks "come as a result of the US political, legal and financial biased support to Israel."

She said the Israeli actions were encouraged by the recent US unilateral decisions, including the complete cessation of UNRWA funding and redefining the status of Palestinian refugees.

Meanwhile, the UNRWA spokesman Sami Mshasha told the official Voice of Palestine radio that "the agency has not received any information or notice to stop its activities in Jerusalem."

"The agency's five schools in the city are still operating in addition to the main medical center and other medical, social and relief services," he said.