But cities like Chengdu, Wuhan on rise as local officials issue new incentives 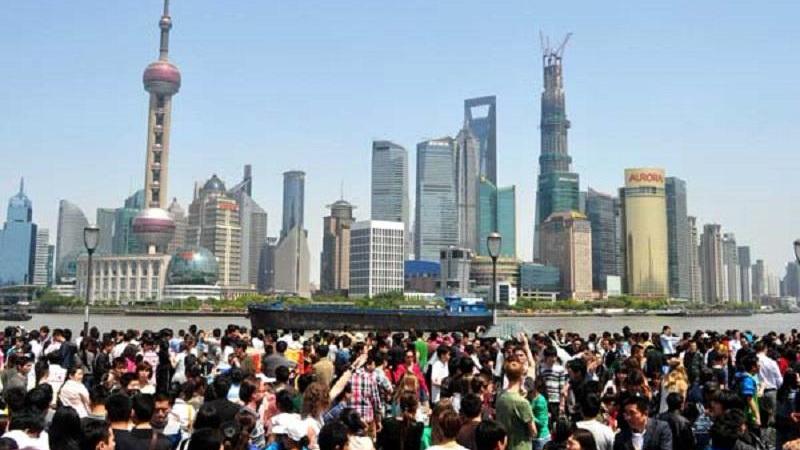 Tourists converge on the Bund in Shanghai on May 1, 2013, International Labor Day. (YAN DAMING / FOR CHINA DAILY)

China has issued more than 193,000 work permits to foreigners in the past eight months, including nearly 43,000 in Shanghai, the country's largest number.

China has issued more than 193,000 work permits to foreigners in the past eight months, including nearly 43,000 in Shanghai, the country's largest number

"Big cities like Shanghai have an open social atmosphere, more regional preferential policies and chances for developing new careers that are favored by foreigners," said Zhang Jianguo, head of the State Administration of Foreign Experts Affairs.

However, Zhang said the numbers of some second-and third-tier cities that are potential economic powerhouses are also on the rise, such as Chengdu in Sichuan province and Wuhan in Hubei.

"More supportive policies to attract top expats are being released by local governments, which will influence the flow of talent," he said.

Based on data collected between April 1, 2017, and Jan 12, the A-type work permit for high-end personnel accounts for 11 percent of all permits nationally, he said.

"More supportive policies will be introduced this year to attract top overseas talent," he said. "The preferential policies show the country's openness and inclusiveness, which a great power should demonstrate to the world."

The administration also contributed to creation of the new regulation on issuing R visas that took effect on Jan 1.

Under the new rules, foreign experts who are determined to have skills that are in urgent demand would be allowed to stay in China for up to 180 days at a time, with multiple entries on a visa valid from five to 10 years.

It gives such workers a chance to experience China without going through the normal approval process. Applications can be made online without any paperwork and are free. And the policies would also apply to the expat's spouse and children.

Currently, the determination of whether an expat qualifies as having top talent is jointly conducted by three departments - the administration, the Ministry of Foreign Affairs and the Ministry of Public Security.

"We will have a more detailed regulation on the management of foreigners in China soon. With the help of big data and other technology, the determination procedure will also be more precise," said Gao Xiang, director of the policies and regulations department of the administration.

The administration is also testing a digital card that combines multiple functions to simplify the daily needs of foreigners, such as payment for transportation, water and electricity. The card would undergo a test period before a national rollout.