Along for the bumpy ride

Bonds forged during World War II should not be underestimated, says US pilot who flew supplies into China over the Himalayas, Xing Yi reports. 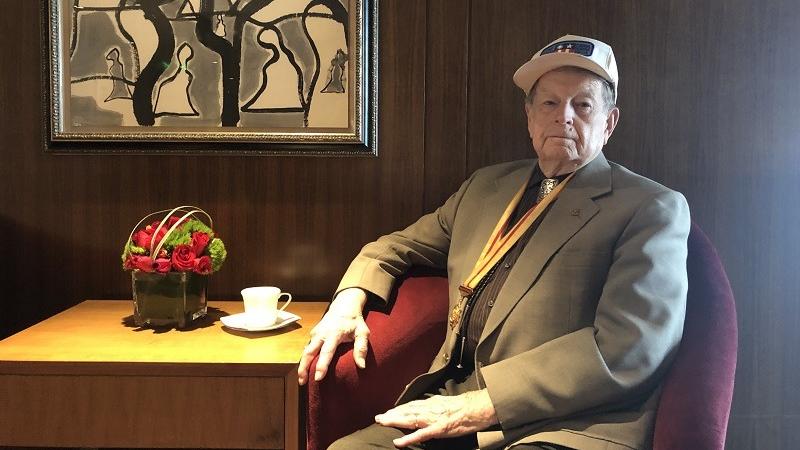 Hail hit the windshield of the cockpit. Strong winds shook the entire plane to its core. One minute the aircraft rocketed upward, the next, it plummeted.

It was a thunderstorm. Jay Vinyard soon knew what the plane had flown into, but it was too late. For the next 20 minutes, the airplane became a roller coaster.

"I had a hard time holding the aircraft the right side up," recalls Vinyard, 97, who was the pilot of a C-46 Commando transport aircraft in 1945.

ALSO READ: Friends and allies in war and peace

I just concentrated on keeping the wings level, and took the ups and downs as they came, because I knew somewhere out there, I'd fly out of it

The updraft threw the plane to height, of over 7,000 meters, and the downdraft sucked it under 4,500 meters, an altitude below the mountain tops of the Himalayas, where the plane was flying over.

"I was afraid that the wings would fail, because the change (in altitude) was very abrupt, and very, very bad," says Vinyard.

"I just concentrated on keeping the wings level, and took the ups and downs as they came, because I knew somewhere out there, I'd fly out of it."

The young American pilot from Arkansas did make it through the rough weather that day, and survived a tough war serving in China from July 1944 through the end of the war in 1945.

The veteran was visiting Guilin, Guangxi Zhuang autonomous region, for a series of activities held by the Chinese People's Association for Friendship with Foreign Countries and the local government over April 23-27.

Vinyard was one of around 4,400 American pilots who flew military supplies to China for the struggle against the Japanese troops.

Originally referred to as the "India-China ferry", the airlift operation began in April 1942 and ended in August 1945, and was regarded as the first sustained, long range, military aerial supply line in history.

Because the air route straddled the high mountain ranges on the eastern fringes of the Himalayas on the border of China, India and Myanmar nicknamed the "hump", flyers like Vinyard were known as "hump pilots". 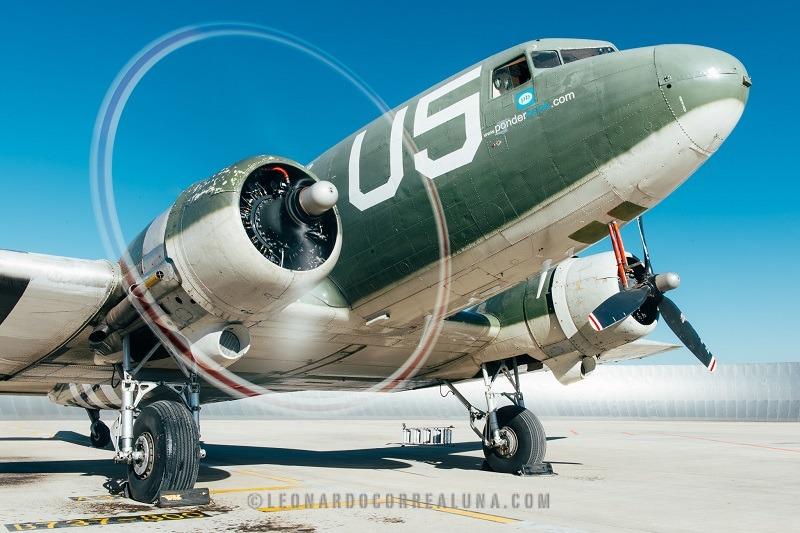 A Douglas C-47 Skytrain, a type of transport plane used by the Flying Tigers during World War II. (LI HUICHAO / FOR CHINA DAILY)

US general William H. Tunner, who has commanded the operation, described the significance of the India-China airlift in his book Over the Hump.

"Once the airlift got underway, every drop of fuel, every weapon, and every round of ammunition, and 100 percent of such diverse supplies as carbon paper and C-rations, every item used by the American forces in China were flown in by air.

"Never in the history of transportation had any community been supplied such a large proportion of its needs by air ... After the Hump, those of us who had developed an expertise in air transportation knew that we could fly anything, anywhere, anytime."

The round trip starting from the Assam in India to different bases scattered across southwestern China took between six and seven hours, and the mission had a high casualty rate due to unpredictable weather, difficult navigation and attacks from Japanese fighters.

"We had a weather bureau to check with before we flew, but it didn't cover the Hump. We were doing it from talking to people who had just flown back," Vinyard says.

"When I got ready to go, I usually asked a pilot who just came in and he told me what he had over the Hump an hour before. But even that changed."

The Hump Pilot Association, a nonprofit organization founded by the veterans of the operation, says on its website that records from the operation's search-and-rescue office show that records about 509 aircraft that crashed were classified as "closed", while records about 81 lost aircraft were labeled "open", 1,314 crew members were known to be dead, and 345 aircrew were declared still missing.

Successfully flying over the Hump 174 times during his service in the China-Burma-India theater, Vinyard considered himself lucky to be among the living.

"We lived in tents in groups of four and every once in a while you came back from a flight and found out that one of the beds was empty. And we knew that a roommate had died in flight, and that the quartermaster had taken the clothes away to send them home to the family," he recalls.

Vinyard recalls many life-threatening incidents. On one occasion, he had an engine blow out shortly after takeoff, and he suffered engine failure on two other night flights, one of which led to the crew throwing everything out to lighten the aircraft as they flew back on one engine. 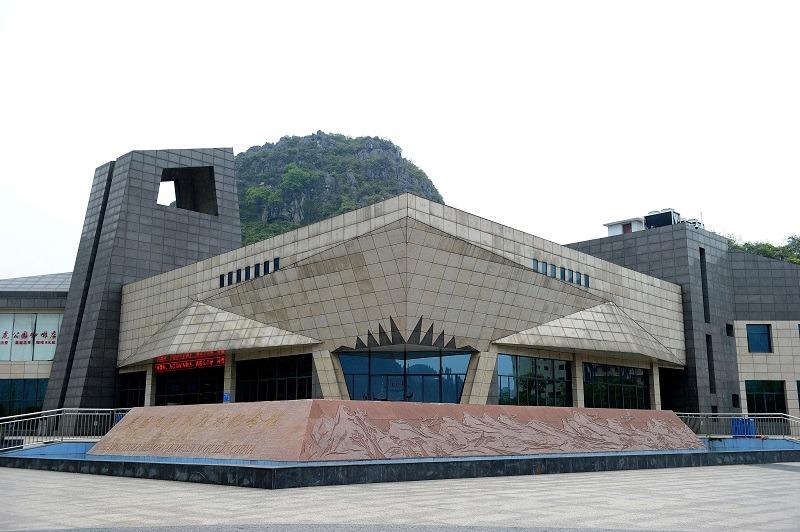 "I've always told people that when you flew the Hump you needed three things - good luck, good decisions and a good pilot," he says.

"Well, if your luck ran out, the other two didn't matter because you couldn't do anything about it. You had to have that luck with you at all times. Yeah, all the time."

After coming back from the war, Vinyard got married, had three sons, and spent the rest of his career working as a civil air traffic controller in different cities, but he still considers his service in China as the most meaningful part of his life, and talks about it all the time.

In 1969, he joined the Hump Pilot Association founded by Hump pilots from the University of Michigan and helped to organize a reunion and conduct historical research. Vinyard served three times as president and later became the last president of the association in the 2000s. The association became inactive in 2005 due to the age of its surviving members.

In 2004, when he visited Yunnan province, he found that some of the old airfields he used to use had been turned into cornfields. He was happy to find that the Chinese had built a heritage park in Guilin as a memorial to the Flying Tigers - a name used to describe the American pilots who fought in China during the war.

Vinyard visited the park when it opened in 2015.

"That's a place where our common bonds are out in the open and plain for all to see, rather than just reading about it in books," he says, adding that most of his fellow pilots had passed away.

He can vividly recall landing on the airfields of China, when the people working on the runways would come and gave him a thumbs-up.

"That's what I am hoping for between the US and China. We have a very strong bond and there's no reason for us to be nibbling at each other," he says.

Vinyard can still recall the first time he flew across the Hump to China.

"It was daytime. With sunshine you could see the snow-covered mountains of the Himalayas 100 miles to the north. It was a beautiful sight - and a smooth ride."