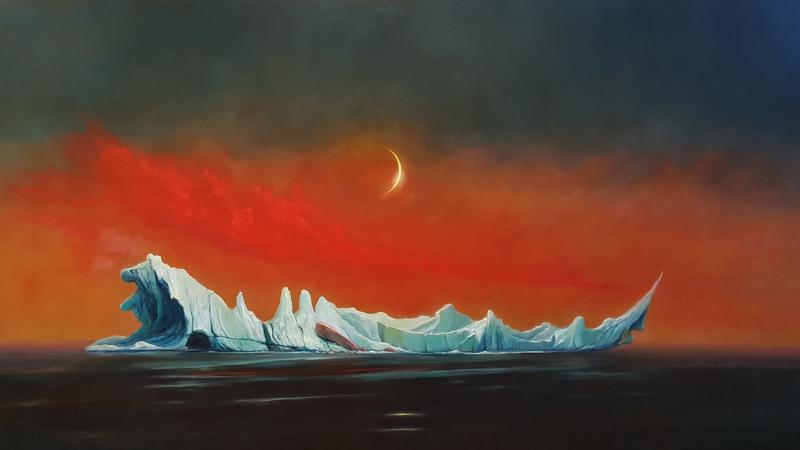 The wildfires that are burning the Amazon rainforest in South America for weeks now have alarmed people in different parts of the world.

The incident also shows the impact of human activities on fragile ecosystems.

That environmental degradation is a global problem which needs to be addressed by all, regardless of ethnic, cultural or social differences, is an idea being expressed by many artists participating in the eighth edition of Beijing International Art Biennale.

The event being held at the National Art Museum of China through Sept 20 is exhibiting more than 600 artworks submitted from across the world to address this year's theme - a colorful world and a shared future - drawn from individual experiences of dealing with common concerns in society.

Many artworks on show are asking the audience to reflect on the seriousness of environmental problems, such as increasing droughts and rising global temperatures, and the vulnerability of human society when confronted by the crisis. 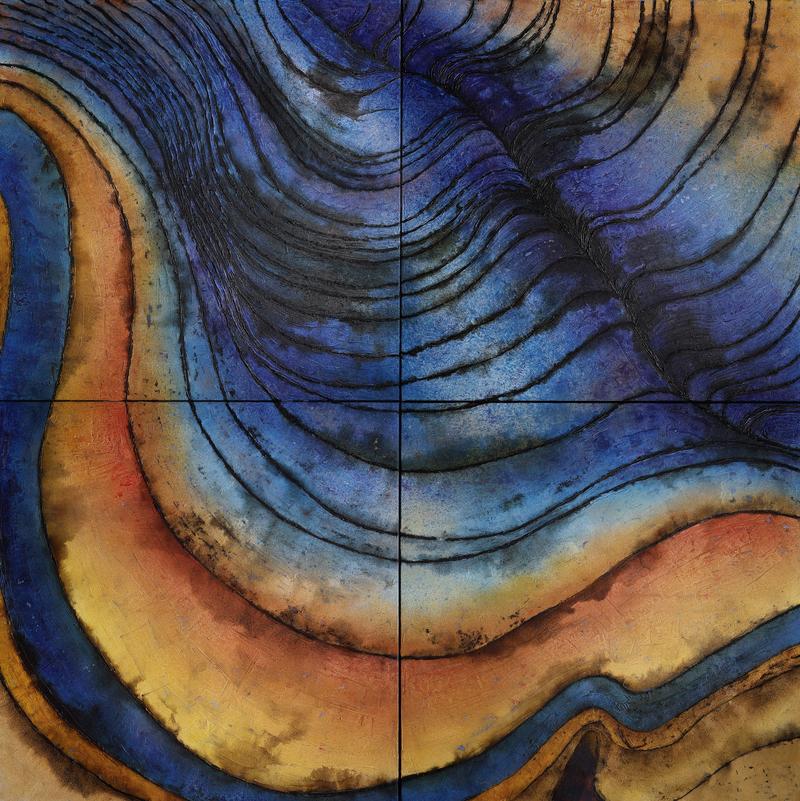 Some artists have used recycled material to show how urbanization and consumerism have resulted in producing waste that poses a major threat to nature.

"Art is a mirror of society, and art concerns itself with individual emotions. It brings surprises and creativity. It is a resistance to indifference," says Swiss artist Bernard Garo, who is participating in the biennale.

His painting, Fields of Infinite Geological Transitions, blends his country's intriguing landscapes with a study of the dangers brought by geological activities. The work depicts a colorful yet fragile scene, indicating the invisible transformation of Earth's appearance by earthquakes, erosion and tides.

Garo says he collected tar, sand, volcanic ash and marine sediments to make the painting through which he reflects on human evolution.

"Switzerland has beautiful mountains, glaciers and lakes, and looks like a heaven on Earth. But if people do not realize that environmental pollution is worsening, the glaciers will one day all melt away," he says, adding that he believes art should serve as society's bridge with the future.

Such worries about climate change are echoed in other works on show, such as Crescent Iceberg, an oil painting by Norwegian artist Dag Hol. 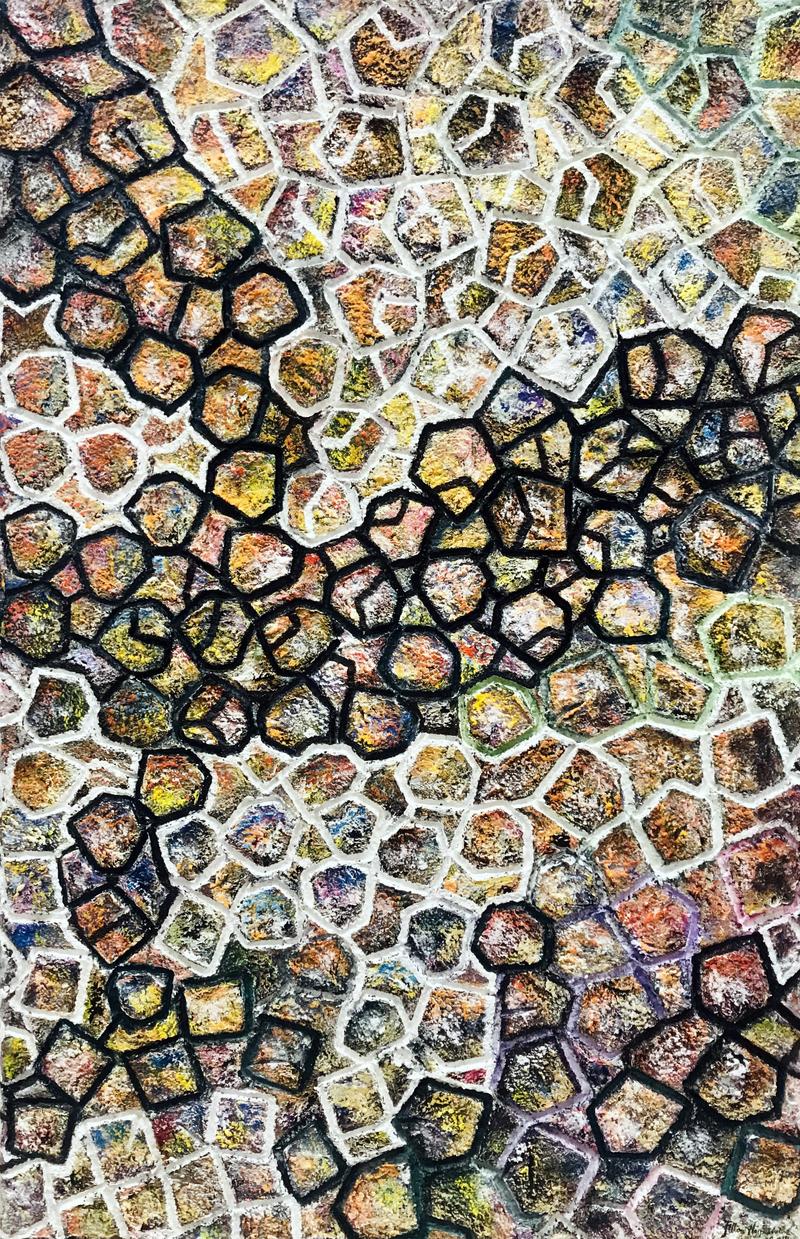 Namibia the Dry Country by Fillow I. Ngipandulwa from Namibia. (PHOTO PROVIDED TO CHINA DAILY) 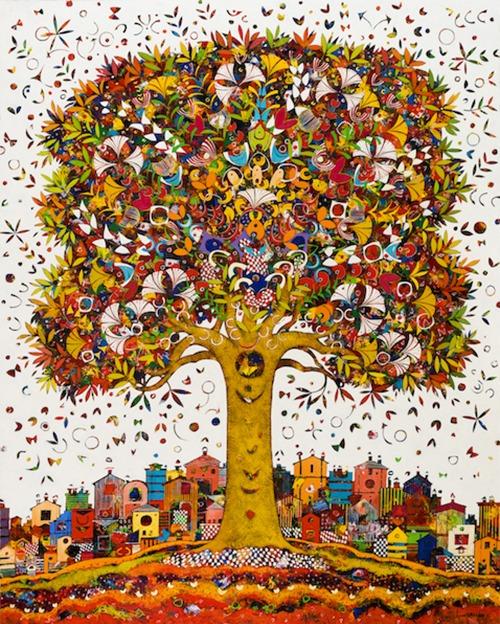 Hol used intimate brushstrokes to depict a breathtaking view of a crescent-shaped iceberg floating on the sea and above it, a crescent moon lighting up the sky. With this poetic landscape, he examines the issue of rising sea levels.

Hol says, on the one hand, icebergs and glaciers provide water, a fundamental element of life on Earth, while on the other, an increase in the melting of icebergs and glaciers are causing sea levels to rise. Art has also become a way of expressing the need for more ethical behavior, he adds.

He says respecting nature is something that is also part of Taoist teachings.

Influenced by Chinese culture, British painter Fiona Stanbury has created her work, also on show at the biennale, Walking Towards a Shared Future - a mix of techniques of classical Chinese ink painting and the traditions of British landscape painting. Through this work, Stanbury puts up nature as an invaluable gift to humans, mostly grounded on her childhood memories. 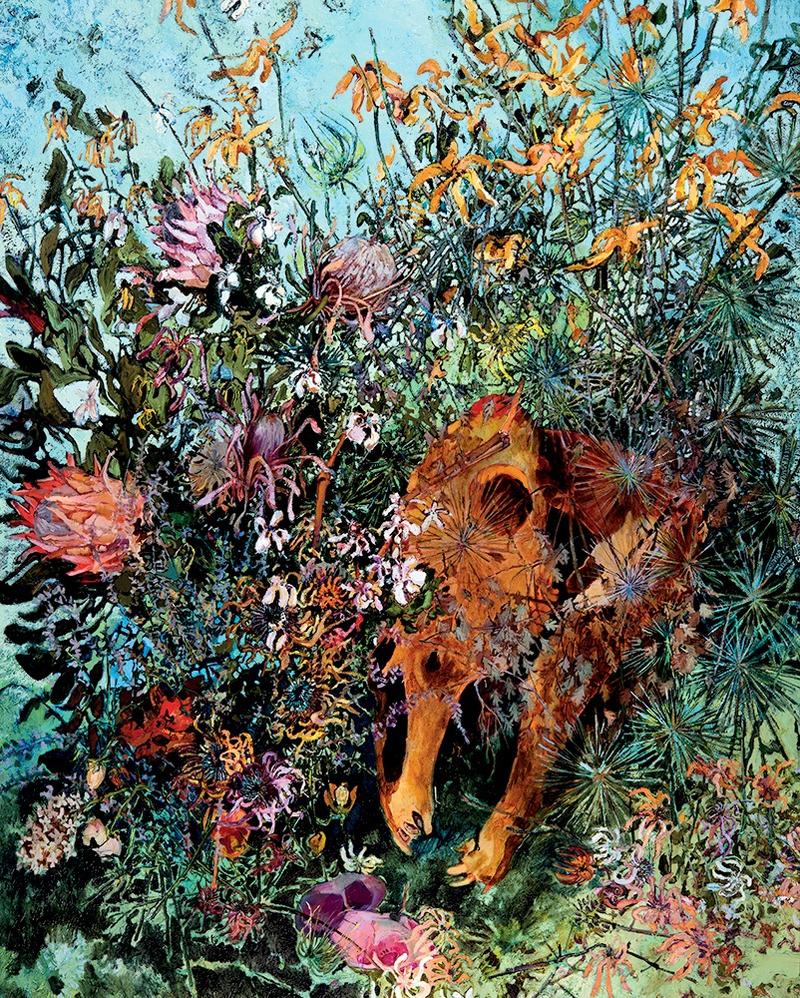 Untitled, a work by Rebecca Saylor Sack of the United States. (PHOTO PROVIDED TO CHINA DAILY) 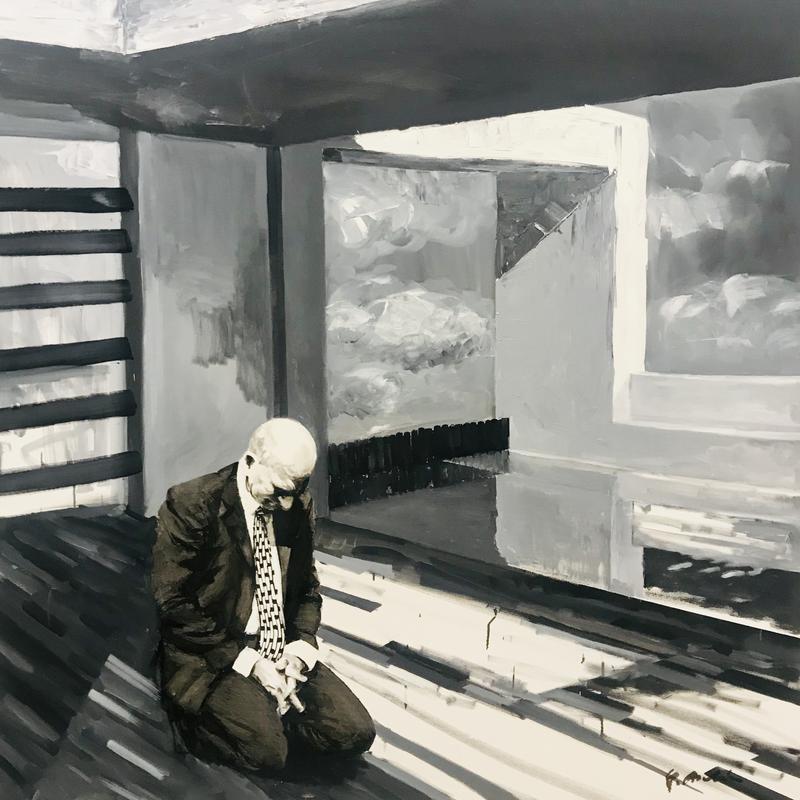 "When I was a little girl, I liked observing birds and insects in the wild and forests, I wanted to see how they evolved and got along with each other.

"Every life, even as small as a bee, is of vital importance to the ecosystem, as well as the existence of men (and women). All the lives are linked to each other, and share a future," she says.

Zou Wen, a professor at Tsinghua University's Academy of Arts and Design, says artists are among the groups of people that advocate diversity, and at this year's Beijing biennale, they call for a common understanding of human destiny through their diverse approach to art.

He says the works on display tell visitors that people share a common destiny despite existing cultural differences when facing the same ecological crisis.