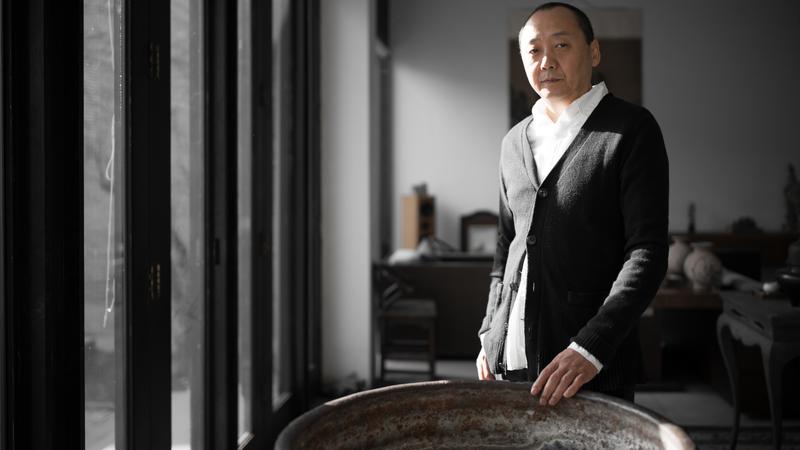 Chinese artist Shao Fan is holding an exhibition at the Ludwig Museum in the German city of Koblenz. (PHOTO / CHINA DAILY)

A visit to Beijing-born artist Shao Fan's spacious home and studio on the city's northeastern outskirts reminds you of the sophisticated lifestyle led by Song Dynasty (960-1279) scholars.

Shao, 54, has transformed his modern residence into a time capsule that embodies the aesthetic pleasures valued by thinkers a thousand years ago, by following some of the cultural routines practiced by the gentry back then. He likes to drink tea, and ceramic tea jars occupy several shelves in his study. He burns incense sticks and hangs paintings on his walls－including several of his own works.

He also collects antiquities and arranges them sparsely around the rooms of his house, such as ancient Buddhist figures and articles of furniture picked up at antique markets like Beijing's Panjiayuan. He tends to his plants and trees and has even built a small pavilion, turning one of his courtyards into a classic Chinese garden.

The Mandarin word for "pavilion" is ting, which sounds like the word for "stop". "Pavilions are designed to be a place for people to stop, not just to rest, but also to gaze and think," Shao says.

"As you admire the vista from the pavilion, you in turn become part of the landscape for people looking back at you. You can't help but wonder how you seem from this alternative point of view." 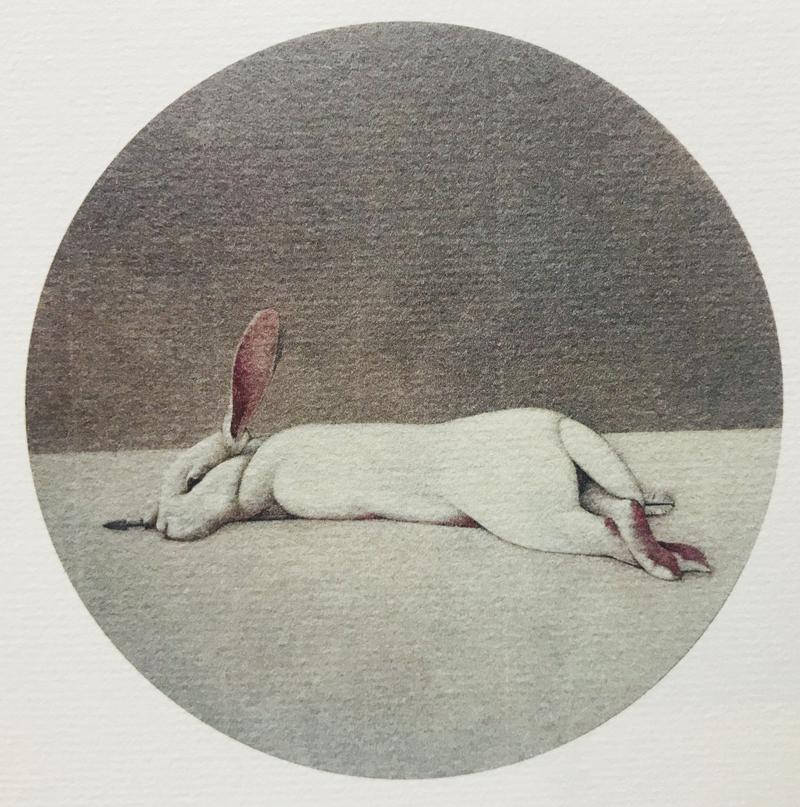 Painting of a rabbit by Shao Fan. (PHOTO / CHINA DAILY)

Such philosophical thinking about the exchange of perspectives and the relationship between an individual and his or her surroundings is central to Shao's creations, especially the shuimo (ink-and-wash) paintings he has been working on for the past five years.

If you visit Shao's ongoing exhibition, You, at the Ludwig Museum in the German city of Koblenz, it's clear that the artist has maintained his consistent preference for symmetrical composition over the decades. And whether he uses canvas or traditional Chinese rice paper as his medium, Shao also likes to place the single subject of his work front and center. It's also clear that Shao has shifted his focus from oil paintings to ink monochromes since 2013.

The exhibition, which runs through July 22, and shows Shao's paintings, installations and furniture designs since the late 1980s, is based on a collaboration between the Ludwig Museum and Shao's international collectors and sponsors－including the Uli Sigg Collection, the Galerie Urs Meile in Lucerne and the Erlenmeyer Foundation of Switzerland. 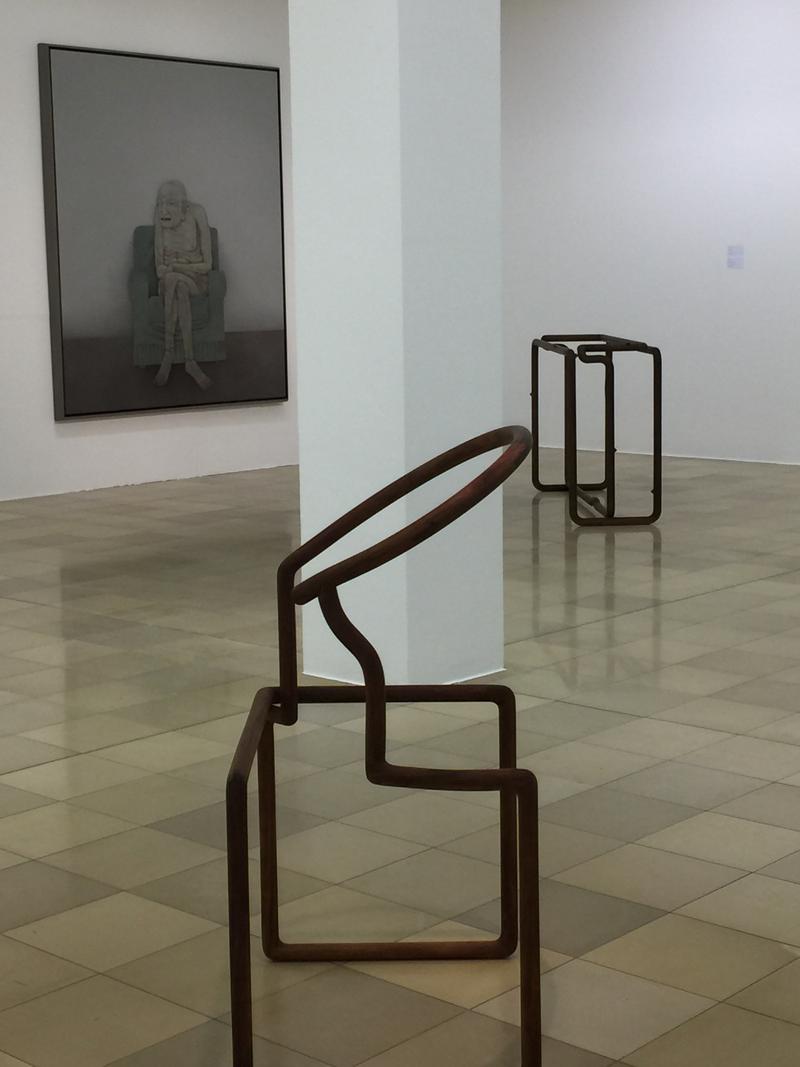 Whether he works with oil paint or Chinese ink, Shao endeavors to blend his yearning for the simple life with the unsophisticated beauty of Song-era artistry into his contemporary works. And through his layers of intricate strokes executed with ultimate patience, Shao prompts enduring questions about the nature of eternity and human existence itself.

One recurring motif in Shao's work has been a larger-than-life rabbit. The furry mammal that seems so vulnerable in the natural world is instead depicted as an imposing creature with upright ears and a fearless, almost confrontational stare.

The rabbit motif became the focus for Shao's painterly work years after a friend gave him one as a gift. He later found the rabbit a mate and has since raised several of their offspring at home.

The statuesque rabbit in Shao's paintings sits on the ground, as steady as a pyramid, exuding a sense of volume and momentum. Confronted with the image, the viewer "no longer feels the superiority of being human, but shares the vulnerability of a small creature being looked down upon by something much bigger", Shao says.

While the rabbit image tends to evoke reflections about human self-centeredness, Shao adopts the imagery of an old monkey to discuss the process of aging. Under his brush, Shao personifies the monkey, making it look like a peaceful monk deep in meditation, impervious to the passing of time and the changing world.

On one hand, the monkey symbolizes Shao's attitude of keeping his distance from the hustle and bustle of contemporary society. On the other hand, it conveys a view of eternity that embraces the ageing process and the calmness it brings, while gently contrasting this with the eternal pursuit of youthfulness through cosmetic surgery. 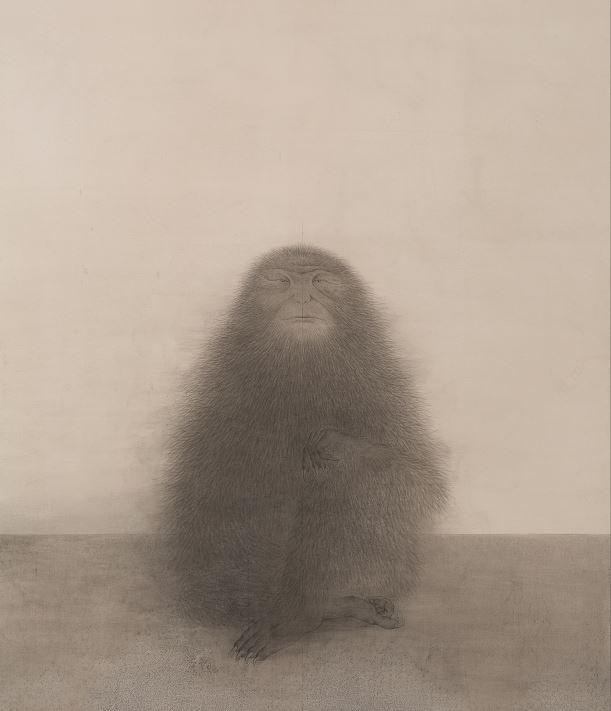 Old objects－with their refreshing, tranquil quality－form an important part of Shao's life. Besides the antiques he uses to decorate his home, Shao also keeps a large curved trunk of a camphor tree which he "saved" years ago from being sawed into pieces at a Beijing furniture workshop. And the centuries-old furniture in his collection have inspired him to create chair-shaped installations reminiscence of the purity and elegance of Ming Dynasty (1368-1644) furniture.

Although Shao's interests mainly revolve around his cultural roots, people often misunderstand his work as a call to return to the past－or a refusal to acknowledge the present.

But what Shao conveys is a serious consideration of both the past and the present, to allow him to envision the future, according to German art curator and historian Ruth Noack in an article in 2016. "Someone is doing this by painting rabbits. And through his ink paintings, we can do it too," she wrote.