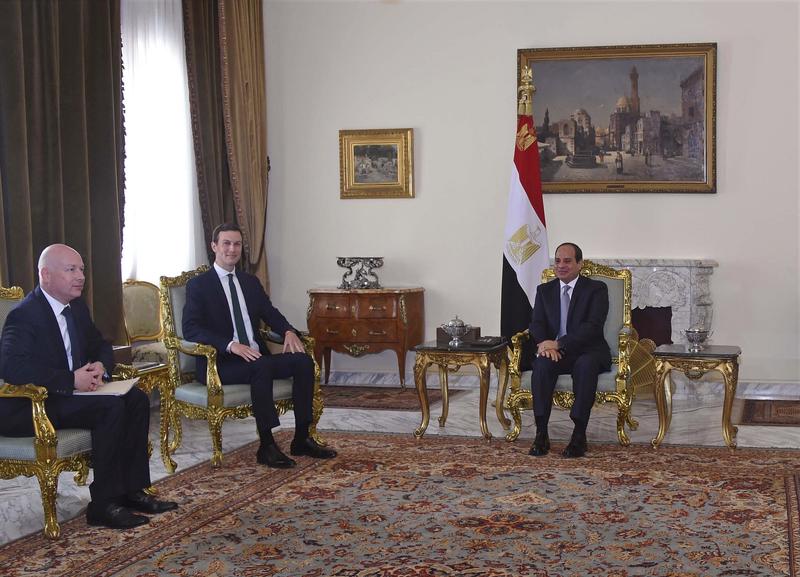 In an interview that appeared in Arabic on Sunday in the Palestinian newspaper Al Quds, Kushner – who is meeting leaders in the region, but not Abbas – questioned his ability to make a deal and said the US proposal would be published soon.

If President Abbas is willing to come back to the table, we are ready to engage; if he is not, we will likely air the plan publicly.

Abbas has refused to see Trump's team following his decision in December to recognize Jerusalem as the capital of Israel and to move the US Embassy there. The Palestinians want their own future state with a capital in East Jerusalem.

"If President Abbas is willing to come back to the table, we are ready to engage; if he is not, we will likely air the plan publicly," Kushner said, according to an English-language transcript released in Washington.

"However, I do question how much President Abbas has the ability to, or is willing to, lean into finishing a deal. He has his talking points which have not changed in the last 25 years," Kushner said.

Commenting on the interview, Nabil Abu Rdainah, a spokesman for Abbas, said: "The road to peace is clear - commitment to the two-state solution, a Palestinian state on the 1967 borders with Jerusalem as its capital. This is the road to any negotiations or any meetings."

Kushner, who along with US envoy Jason Greenblatt, visited Jordan, Saudi Arabia, Qatar and Egypt before talks on Friday and Saturday with Israeli Prime Minister Benjamin Netanyahu, said Arab leaders conveyed they wanted to see a Palestinian state.

The Trump administration has said it would support a two-state solution if both sides agree to it, but in the interview Kushner did not commit to Palestinian statehood, long the foundation of US policy in the region.

"I don't want to speak about specifics of the deal we are working on," Kushner said.

The plan is expected to propose detailed solutions to core issues in dispute between the Israelis and Palestinians, such as borders, the future of Israeli settlements, the fate of Palestinian refugees and security.

Israel captured the West Bank, East Jerusalem and the Gaza Strip in the 1967 war. Israeli forces and settlers pulled out of the Gaza Strip, now controlled by Abbas's main rival, the Islamist Hamas group, in 2005.

Most experts question whether Kushner, who is married to Trump's daughter, Ivanka, and Greenblatt - both of whom have no diplomatic background - can achieve any deal in one of the world's most intractable conflicts.

In the interview, which was headlined, "I am ready to work with President Abbas, if he wishes" and published in Arabic, Kushner gave a direct message to the Palestinian people:

"You deserve to have a bright future. Now is a time where both the Israelis and Palestinians must bolster and re-focus their leadership, to encourage them to be open towards a solution and to not be afraid of trying."