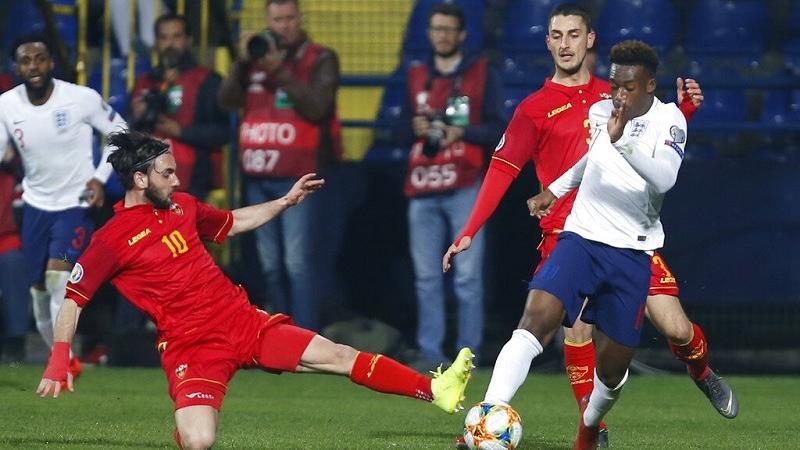 In his debut match for England, Callum Hudson-Odoi, right, vies for the ball with Montenegro's Marko Jankovic, left, during the Euro 2020 group A qualifying soccer match between Montenegro and England at the City Stadium in Podgorica, Montenegro, March 25, 2019. (DARKO VOJINOVIC / AP PHOTO)

PODGORICA, Montenegro - It should have been the night to celebrate the emergence of another prodigious teenage forward in the latest joyous display by Gareth Southgate's young England team.

Instead, England's 5-1 win over Montenegro on Monday will most likely be remembered for apparent racist invective coming from the stands.

The joy of a young player, who has had such a fantastic game, to be overshadowed by that is hugely disappointing

Starting a competitive international before he has even started an English Premier League game, 18-year-old Chelsea winger Callum Hudson-Odoi showed flashes of brilliance that have piqued Bayern Munich's interest this season, and set up one goal from one of his mazy runs in a one-sided European Championship qualifier.

Yet he left the field in Podgorica as disillusioned with the game as he was happy to be the second youngest player - at 18 years, 138 days - to start a competitive match for England, after Wayne Rooney.

"Me and Rosey (England left back Danny Rose) heard it, they were saying monkey stuff," Hudson-Odoi said, mimicking the alleged chants to England's black players. "We have to just keep our heads, a strong mentality."

Southgate said he heard it, too.

"In this day and age, you are ashamed that it can happen," the England manager said. "The joy of a young player, who has had such a fantastic game, to be overshadowed by that is hugely disappointing."

Southgate said the English Football Association would be making an official complaint to UEFA.

"It's not acceptable," he said.

In one unsavory incident, Sterling cupped his ears after scoring England's fifth goal and Montenegro fans responded with jeers before an object - reportedly a lighter - was thrown onto the field. It was picked up by Hudson-Odoi. 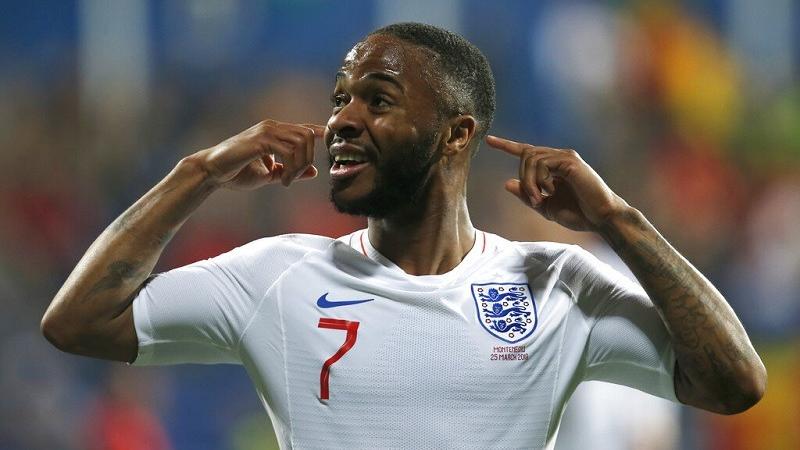 Sterling has been vocal about racism in recent weeks, highlighting what he perceived to be negative press coverage toward black players and saying there needed to be more done to combat it.

After the game in Montenegro, he posted a picture on Twitter of him cupping his ears.

"Best way to silence the haters (and yeah I mean racists)," Sterling wrote next to an emoji of a monkey and a hashtag saying "get some education."

Hudson-Odoi said Sterling and Rose had spoken to him about racism in football.

"They've said, 'Listen, in football you're always going to get things like that. People are always going to be rude to you, say stuff you don't want t to hear. It's part of football,'" Hudson-Odoi said. "Sometimes you've just got to block it out of your head, keep going. But at the same time, that should never happen in football. Everyone should be enjoying the game."

The Fare network, UEFA's anti-discrimination monitoring partner, had a delegate at the game and has been gathering evidence. 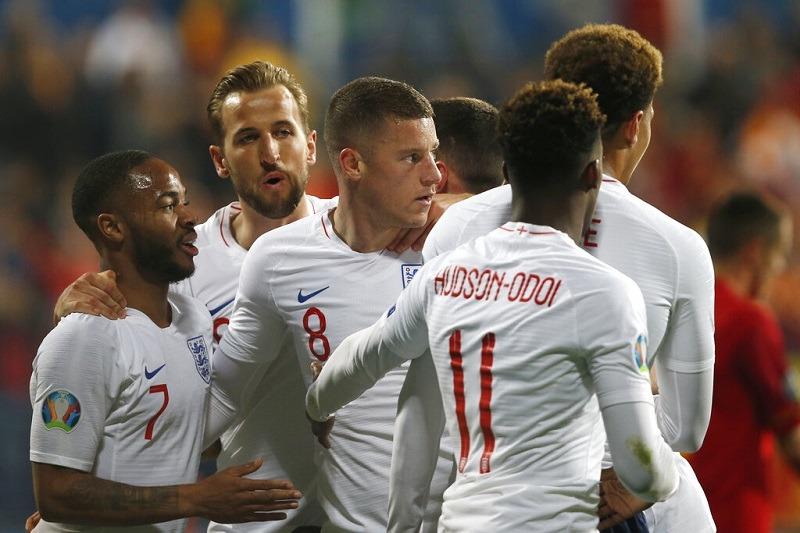 "When you hear stuff coming like that from the fans, it's not right," Hudson-Odoi said. "It's unacceptable. Hopefully UEFA deal with it properly."

Ross Barkley scored twice - one of the goals a glancing finish off Hudson-Odoi's shot - while Michael Keane and Harry Kane added the others for England, which started the qualifying campaign for Euro 2020 with a 5-0 win over the Czech Republic on Friday. It is the first time England has scored five or more goals in successive games since 1984.

Montenegro took the lead against the run of play in the 18th minute, Marko Vesovic taking advantage of sloppy defending by England to curl home a finish.

It was another encouraging display by Southgate's side, which reached the World Cup semifinals last year and will play in the inaugural Nations League final four in Portugal in June.

In the group's other game, Kosovo marked its first Euro qualifier since becoming a member of UEFA in 2016 by drawing with Bulgaria 1-1 at home.