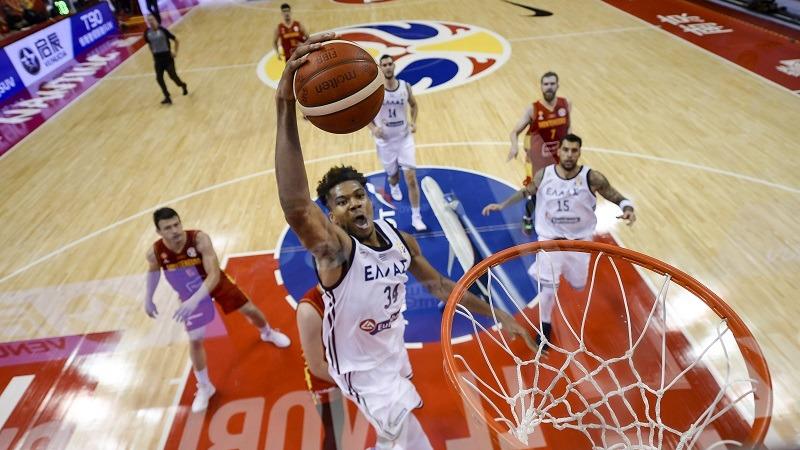 In this photo released by Xinhua News Agency, Giannis Antetokounmpo of Greece drives to the hoop during their their group stage match against Greece at the FIBA Basketball World Cup in Nanjing in eastern China's Jiangsu province, Sept 1, 2019. (HAN YUQING / XINHUA VIA AP)

SHANGHAI - Giannis Antetokounmpo stole the ball at one end, dribbled behind his back around midcourt, kept going and took off from just below the foul line before unleashing a dunk.

The NBA MVP sent a message on Sunday. So did his team.

Turning it into a rout by halftime, Greece opened its World Cup schedule with an easy 85-60 victory over Montenegro in Group F at Nanjing. Antetokounmpo had 10 points and eight rebounds in only 16 minutes.

Georgios Printezis led Greece with 16 points and Georgios Papagiannis added 15 on 7 for 8 shooting.

"When you play for the national team, you don't only play for yourself," Antetokounmpo said. "You represent every single Greek person."

At Dongguan, Canada came to the World Cup expecting that its group would be extremely challenging, and Australia proved that to be correct.

Matthew Dellavedova scored 24 points, and the Australians opened the fourth quarter on a huge run to pull away and beat Canada 108-92 in a Group H opener.

"Good to start the tournament with a win," Australia's Chris Goulding said. "Our first half, we showed we can do some really good stuff." 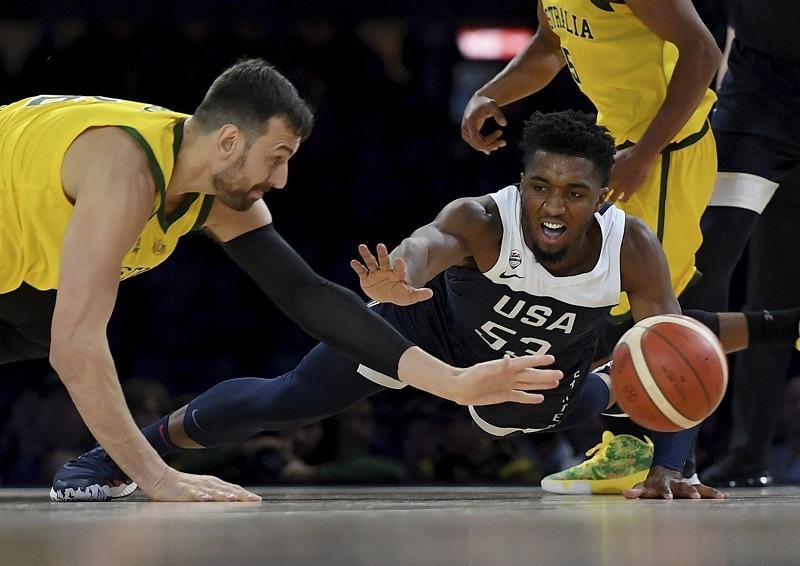 Goulding scored 16, Patty Mills had 15 and Joe Ingles finished with 13 points and nine assists for Australia. Andrew Bogut added 12 points on 6 for 7 shooting, plus grabbed nine rebounds, and Aron Baynes scored 10 for the winners.

Khem Birch scored 18 for Canada, and Cory Joseph had 16.

Canada's lead was 77-76 going into the fourth quarter, but the last 10 minutes were all Australia. An 8-0 run by the Aussies put them on top to stay, and they wound up outscoring the Canadians 28-6 over the first 8:44 of the final period.

The loss put Canada in a likely must-win scenario against Lithuania on Tuesday.

"I thought the start wasn't very good for us, I didn't think the end was very good and I think the middle was excellent," Canada coach Nick Nurse said. "We didn't seem to be catching many breaks or the ball bouncing our way early, but we regrouped and after halftime we came out and put a heck of a third quarter together."

It was the sixth straight World Cup loss for Canada; the Canadians went 0-5 at the world championships in 2010 and didn't qualify for the tournament in 2014. 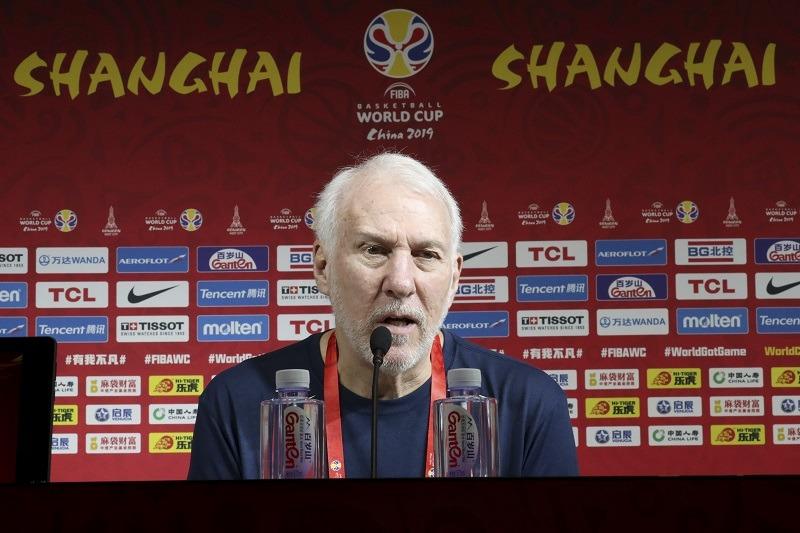 At Shenzhen, France opened the game on a 21-4 run and held on to beat Germany behind 26 points from Evan Fournier.

Johannes Voigtmann scored 25 points and Dennis Schroder had 23 for Germany in the Group G opener.

At Dongguan, Lithuania had seven players in double figures and held Senegal to 29% shooting in a Group H opener. Domantas Sabonis, Jonas Valanciunas and Mantas Kalnietis each had 13 points to lead the winners.

At Shanghai, Turkey got its Group E schedule started with a wire-to-wire win over Japan behind 17 points apiece from Ersan Ilyasova and Melih Mahmutoglu. Rui Hachimura scored 15 points for Japan, as did Nick Fazekas. 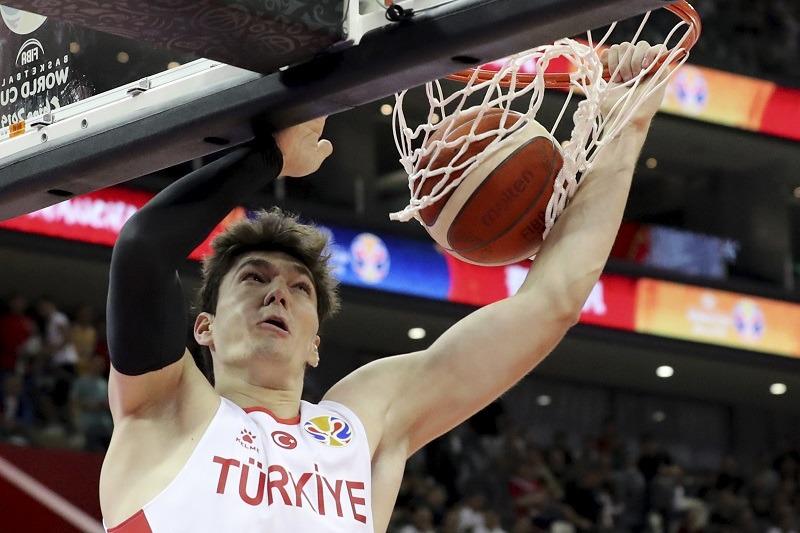 At Shenzhen, Victor Liz scored 15 points to lead the Dominican Republic to a Group G win. Ahmad Al Dwairi had 34 points and 10 rebounds for Jordan, which got 24 points from Dar Tucker. Jordan was down by 16 points late in the third quarter, then pulled into a 64-64 tie early in the fourth after a 22-6 run. Jordan took a pair of one-point leads late, but the Dominicans finished on a 7-2 run.