Britain's May to 'change ministers soon' 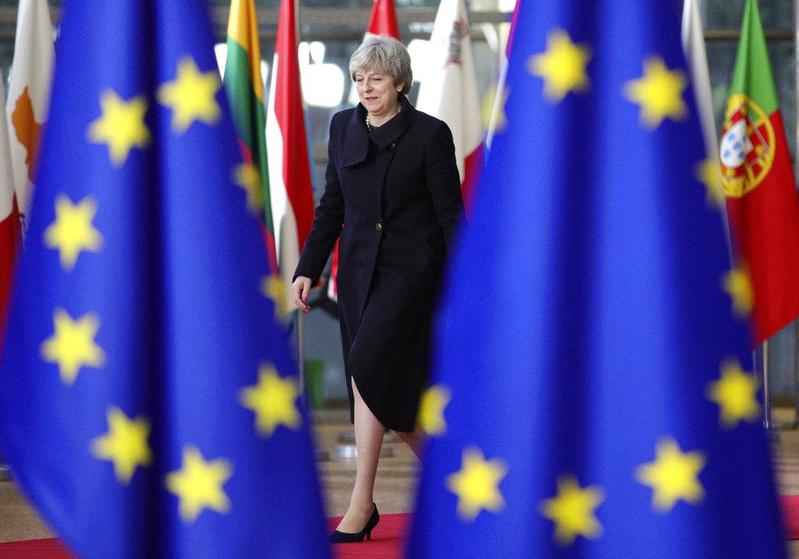 In this file photo dated Dec 14, 2017, British Prime Minister Theresa May arrives for an EU summit at the Europa building in Brussels. (OLIVIER MATTHYS / AP)

LONDON - British Prime Minister Theresa May said on Sunday she would announce changes to her ministerial team soon, with media reports saying her foreign, finance, interior and Brexit ministers would keep their jobs in a reshuffle starting on Monday.

After running a poorly received campaign at a national election last year that badly damaged her authority, May is leading a delicately balanced minority government tasked with delivering Britain's exit from the European Union. She is also under pressure to tackle a range of domestic policy problems.

May said ministerial changes were necessary following the departure of her long-standing ally and de-facto deputy prime minister, Damian Green, whom she forced to resign in December after he made misleading statements about pornography found on computers in his parliamentary office.

"Obviously, Damian Green's departure before Christmas means that some changes do have to be made, and I will be making some changes," she told the BBC in an interview recorded on Saturday for broadcast on Sunday.

May said ministerial changes were necessary following the departure of Damian Green, whom she forced to resign in December

May said the reshuffle would come soon, but did not give any further details.

The Sunday Times said foreign minister Boris Johnson, finance minister Philip Hammond, interior minister Amber Rudd and Brexit minister David Davis would not lose their jobs in the reshuffle. The report did not cite any sources.

May is also expected to announce a new first secretary of state to replace Green - an important post with responsibility for maintaining unity in a cabinet still divided over the best approach to Brexit.

Monday's edition of the Daily Telegraph reported May would create a new post to provide regular updates to the Cabinet on preparations for leaving the EU without a trade deal - an outcome the government says it wants to avoid, but is nevertheless drawing up contingency plans for.

The Sunday Times said changes were aimed at bringing younger women and non-white lawmakers into the Cabinet in attempt to appeal to improve the party's image and regenerate support among voters.

May also said she was abandoning plans to give lawmakers a vote on overturning a ban on fox hunting with dogs - one of several promises she made during last year's snap election which went down badly with voters.

May earned plaudits in Europe and at home in December by securing progress in the complicated process of leaving the European Union, but her government has been criticized in recent days for rising rail fares and postponing hospital operations.

The Conservative Party is running neck and neck with the left-wing Labour Party in opinion polls and has been split by differences about what kind of relationship Britain should seek with the EU after it leaves the bloc in 2019.