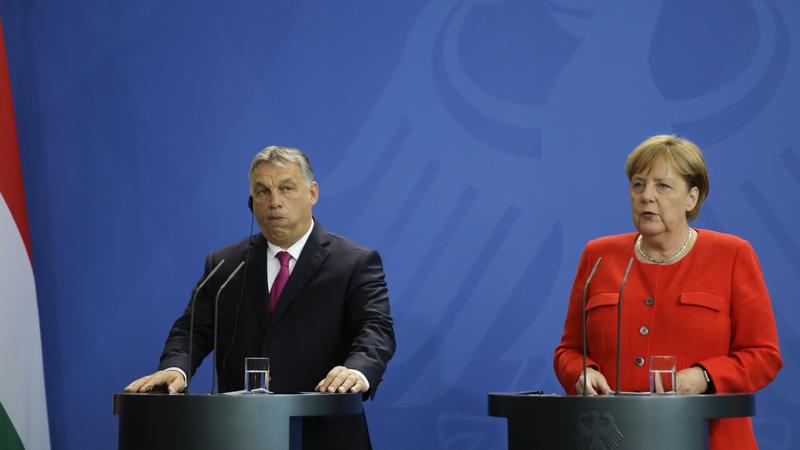 BERLIN — German Chancellor Angela Merkel and Hungarian Prime Minister Viktor Orban traded barbs Thursday on the issue of migration, underlining the split within the entire European Union over how to deal with people seeking refuge or a better life on the continent.

Speaking at a joint news conference after their meeting in Berlin, Merkel said despite recent moves by EU nations to clamp down on asylum-seekers moving across Europe's open borders, she wants to ensure they are treated with "humanity" and the continent isn't turned into a "fortress" Europe.

"The problem I see, and where (our) difference lies, is that we must always remember and never forget that this is about human beings," Merkel told reporters.

"Europe can't detach itself from hardship and suffering," she said, adding that illegal migration can only be stopped if there are legal avenues by which people can come to the continent to work and study.

Merkel described Hungary's stance as "a problem" during the testy 27-minute news conference that saw the leaders repeatedly rebut each other's comments.

"Germany and Hungary see the world differently," said Orban, one of the strongest critics of Merkel's migration policy since 2015, when thousands poured into Europe every day.

While he expressed a willingness to talk, Orban said his position hadn't changed over the past three years.

"We only know one solution: close the borders," he said, adding that if Europe offers support to refugees, it will be taken as an invitation.

"If people can come, they will come," he said. 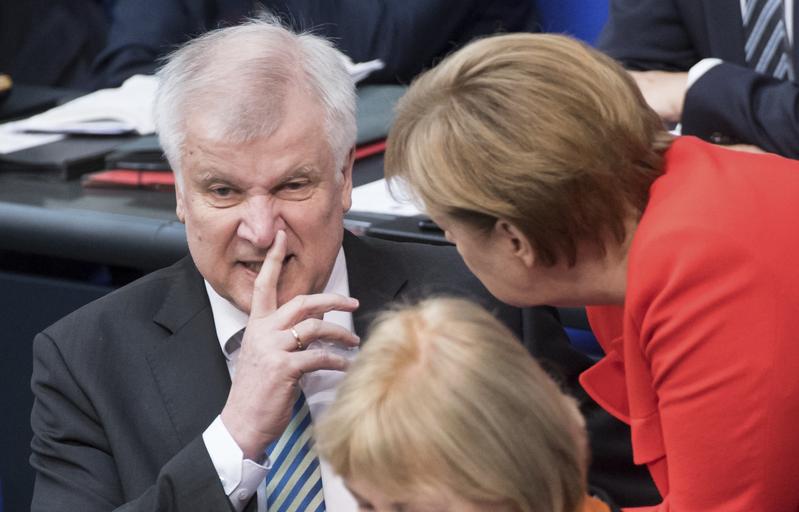 He noted that that Hungary has deployed 8,000 police and soldiers to prevent migrants from entering the bloc through its southern border.

"We think it's unfair that Germany often accuses us of a lack of solidarity," Orban said.

Even though the number of migrants entering Europe this year is down sharply from the past few years, the issue of migration has strained Merkel's governing coalition and divided the 28-nation EU in general. In the last month Italy and Malta have refused to take in migrants rescued at sea by aid groups, and Merkel has had to agree with her conservative allies to turn back asylum-seekers who've registered in another of the bloc's nations.

Orban made clear that he believes asylum-seekers who register in Hungary must have come through Greece or Bulgaria first, and his country therefore won't feel obliged to take them if they are turned back by Germany.

Migrants are supposed to be returned to where they first entered the EU and applied for asylum, but those regulations have been largely unenforced.

German Interior Minister Horst Seehofer, who has pushed Merkel to take a harder line against migrants, said a new plan to establish migrant detention centers envisions sending people directly back to where they first entered the EU — primarily Greece and Italy.

Speaking after talks with Austrian Chancellor Sebastian Kurz in Vienna, Seehofer said he expects "very difficult talks" with Italy and Greece on the issue. 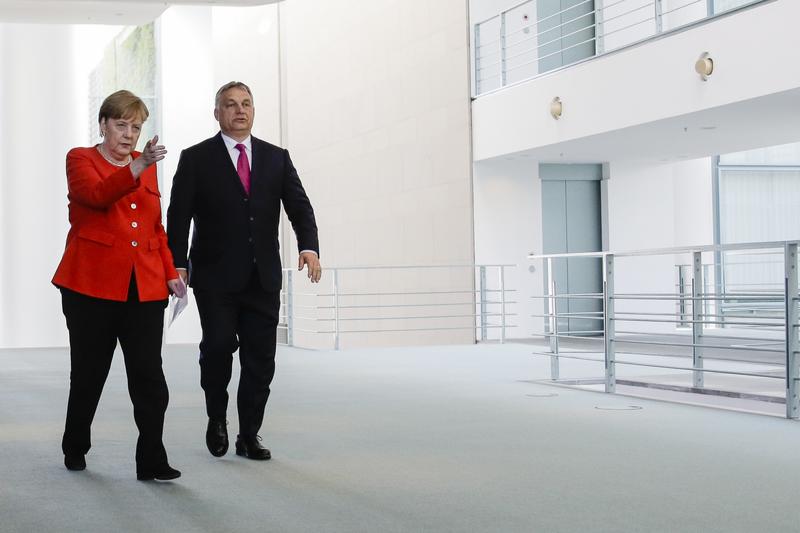 The interior ministers of Austria, Germany and Italy will talk in the city of Innsbruck next week about the issue, Kurz said.

Later in the evening, representatives of Merkel's conservative bloc and junior coalition partner Social Democrats meeting in Berlin agreed to streamline asylum procedures and to bring a revised immigration law before the Cabinet this year, said Andrea Nahles, the head of the Social Democrats.

Seehofer sought to allay concerns from Nahles' party of large migrant camps on the borders, assuring that the so-called transfer centers he wants to establish "would have no barbed wire or the like," and would be set up in existing police stations that would deal with the cases of only a handful of migrants a day.

Italian Interior Minister Matteo Salvini said if Italy were to enter an agreement, existing accords for migrants to be distributed throughout the EU fairly must be respected.

"Before taking back not one asylum-seeker in Italy, we'll wait until the other countries take the tens of thousands who should have been already taken with the relocation" accords, Salvini told reporters in Rome.

He added that before any asylum-seekers are returned to Italy, "we want clear commitments on men, means and money to protect the external borders" of the EU.