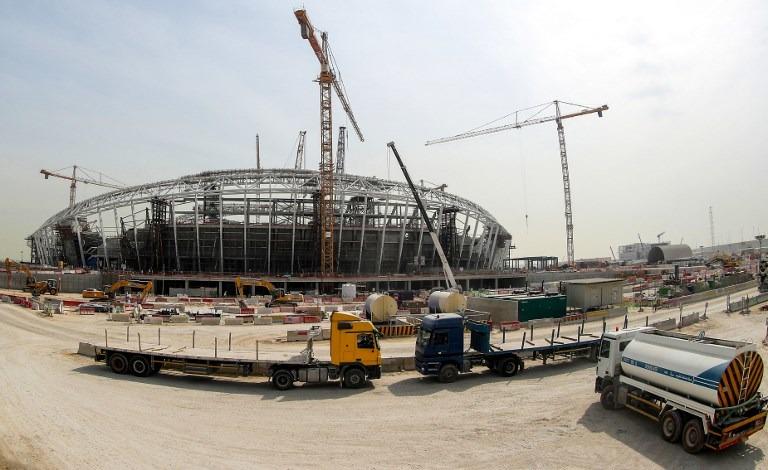 This file photo taken with a fisheye lens on Feb 6, 2018, shows construction work at the Al-Wakrah Stadium, a US$575 million World Cup venue seating 40,000 designed by celebrated Iraqi-British architect Zaha Hadid, some 15 kilometres on the outskirts of the Qatari capital Doha. A 23-year-old Nepalese worker in Qatar died on August 14 while working on the site of the stadium, one of the venues for the 2022 FIFA World Cup. (KARIM JAAFAR / AFP)

DUBAI — Qatar said a Nepali worker has died while helping to build a stadium for the 2022 FIFA World Cup in the Arab nation.

Qatar's Supreme Committee for Delivery and Legacy said in a statement Tuesday the 23-year-old worker died at its Al-Wakrah Stadium project site.

It offered no cause of death, though the committee said both Qatari and Nepali authorities were notified. An investigation into the death is underway.

The committee says it "shares its deepest condolences with the family at this time."

Qatar has faced criticism for worker conditions as it prepares for the World Cup.