DPRK praises friendship with China on anniversary of ties 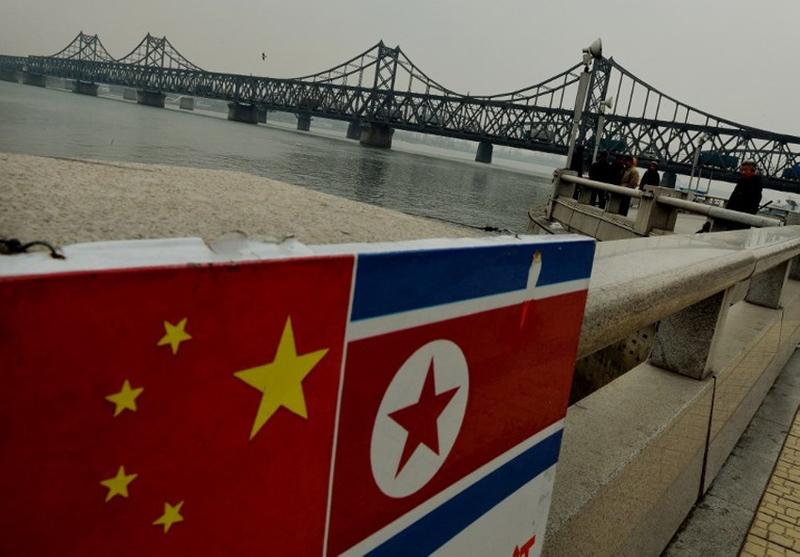 This Dec 18, 2013 photo shows flags of China and the Democratic People’s Republic of Korea (DPRK) attached to a railing as trucks carrying Chinese-made goods cross into the DPRK on the Sino-Korean Friendship Bridge at the Chinese border town of Dandong. (MARK RALSTON / AFP)

PYONGYANG – The Democratic People's Republic of Korea (DPRK) on Saturday spoke highly of the friendly relations between the DPRK and China on the 69th anniversary of the establishment of diplomatic ties between the two countries.

China and the DPRK established diplomatic relations on Oct 6, 1949, and it is a meaningful day for both the DPRK people and the Chinese people, said the official Rodong Sinmun.

The official daily of the ruling Workers' Party of Korea said in a commentary that the establishment of diplomatic ties served as an epochal occasion to develop the friendly relations between the two peoples.

Created and nurtured by the older generations of leaders of both countries, the DPRK-China friendship is the valuable treasure of the two peoples, the newspaper said. The friendship has been developed and strengthened through generations without wavering in any trials and storms, it added.

By analogy to a deep-rooted tree that could brave any weather, the traditional friendship between the DPRK and Chinese peoples was hailed by the newspaper as "impregnable."

It is an unshakable stand of the party and government of the DPRK to boost the traditional DPRK-China relations of friendship as required by the era, the newspaper said.