Chess ace on the fast track

Daniel Lam is the first HK man to bag a top award at the World Amateur Chess Championship. He shares his winning formula with Wang Yuke. 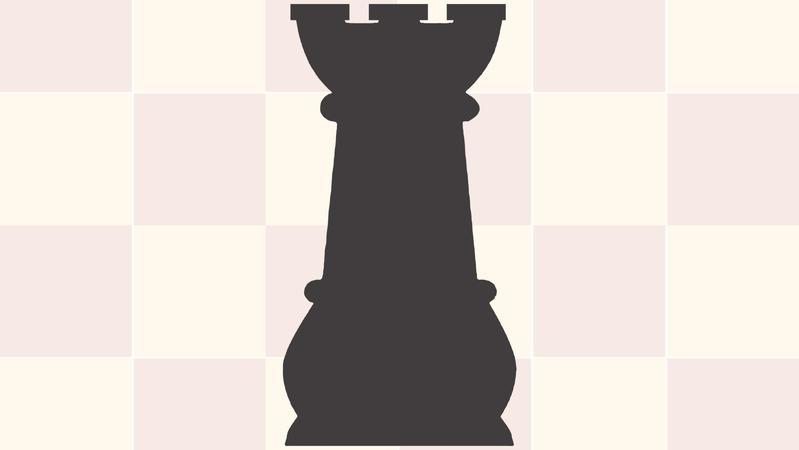 Want to excel at chess? Working up a rage might help, says Daniel Lam King-wai. Lam won a top prize at the World Amateur Chess Championship in Spoleto, Italy, in April — the first man from Hong Kong to claim this rare honor — so he probably knows what he’s talking about.

Aggression, competitiveness and emotional fluctuations are part and parcel of the game, he said. “There’s nothing wrong with getting angry. The point is how to transform your negative emotions into power and use it to your advantage. In chess, the more emotional you are, the better you can play,” says Lam.

I found peace in chess. Chess was my pain killer, my escape from the harsh reality of life

Also getting animated helps add color to a game that’s often rather boring to watch, he points out. So his strategy is to inject a bit of psychological drama in the works — corner his opponent in a mind game until the latter has exhausted all methods of mounting a counter-attack.

Lam likens a chess game to a fist fight. “To win you can either punch the guy with great force or wear him out so completely (over a length of time) that he’s too weak to mount a counter-attack,” he explains. In the first case, the blow has to be a hard-hitting, power-packed punch that leaves the opponent completely unable to get up and fight back.

Lam himself prefers the second option. “(I’d rather) pounce on the small mistakes of my opponent, keep provoking him until he gets exhausted and starts making serious mistakes.” That’s when Lam would seize the moment and deliver the fatal blow.

In the final round, he played the black pieces, which is a disadvantage in chess, against a formidably strong player from Serbia. He knew from experience it would be wiser to be on the defense, consolidate his position and wait for the opportune moment when his mighty opponent was likely to make a faux pas. It went just the way he had imagined. 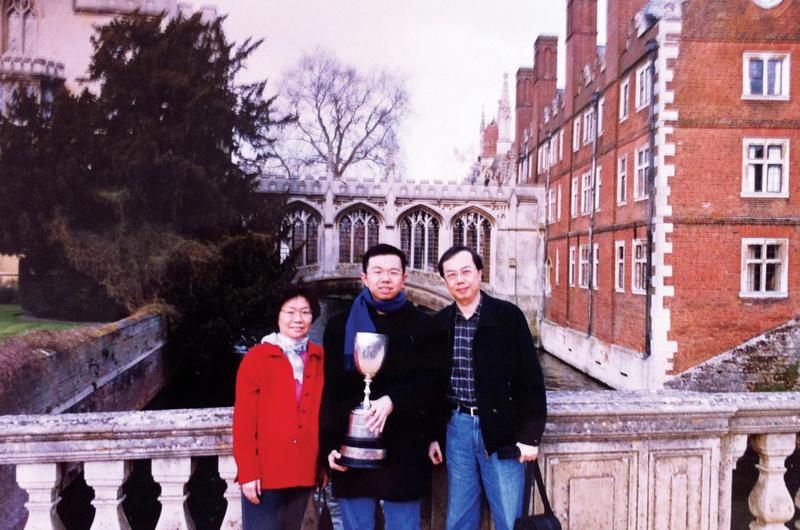 Daniel Lam (center), with his parents, holds a trophy after winning a championship at the University of Cambridge in 2000.  (PHOTO PROVIDED TO CHINA DAILY)

In chess, as in boxing, “You play the position as well as the person,” he adds.

He knows too well that players are prone to making mistakes when they’re close to winning and tend to rush things. “The more I feel I’m going to win, the slower and calmer I get because nothing’s more frustrating than failing to win, or worse, losing a winning position.”

Lam too has committed a few blunders along the way, including at the last championship tournament. In the third round, right after gaining an edge over his opponent, he missed a move and lost the game.

Utterly distraught by the defeat, Lam had almost quit chess that night. He told his coach he would never touch chess again. With hindsight he realizes good gamesmanship is also about being able to take defeat “gracefully”. He has now learnt to not show his frustration in front of opponents after losing a game. Shake hands, pack his bag and leave quietly — that’s what he would normally do after failing to win, unless he is too awestruck by the performance of a stronger opponent, like it was when he lost to the Egyptian chess grandmaster Ahmed Adly last year. 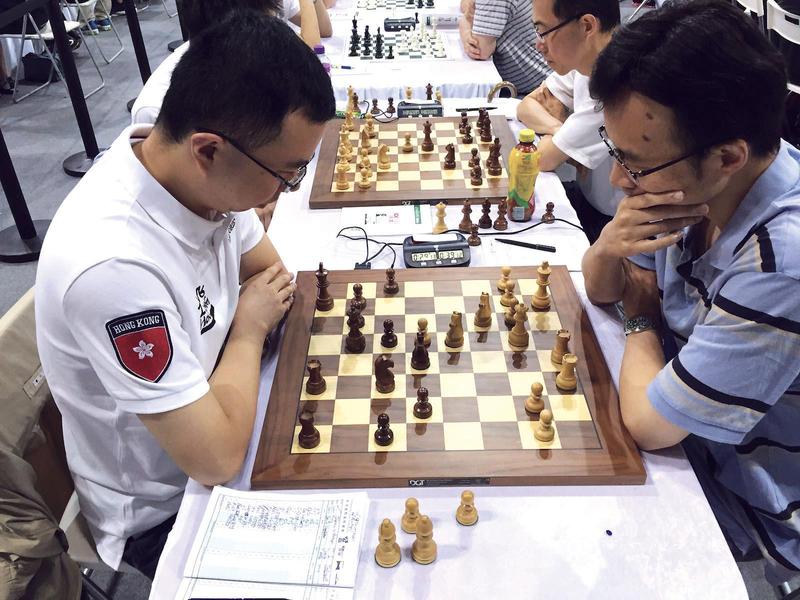 Lam has been playing chess in the last 30-odd years, with two longish breaks in between. Going through difficult circumstances has toughened him. The life lessons he picked up along the way has shaped his playing style.

His family immigrated to New Zealand when Lam was still quite young. Life there was slow and peaceful. Those were the days when Lam played like an old man, he says, laughing at the foibles of his younger days.

After he moved to London to pursue his master’s degree, the exposure to a fast-paced, metropolitan atmosphere sharpened his game. He developed a style that was more determined and aggressive.

Back in Hong Kong, for a while he had to stop playing chess altogether to be able to cope with the pressures of a demanding job.

Then came a time which was rather hard — a phase he calls the “darkest period” in his life — on both professional and personal fronts. That’s when going back to playing chess helped take his mind off the troubled circumstances and “restore sanity”.

“I found peace in chess. Chess was my pain killer, my escape from the harsh reality of life,” says Lam. Looking back on those days he says if he hadn’t resorted to the chess board, he would probably have turned into an emotional wreck. 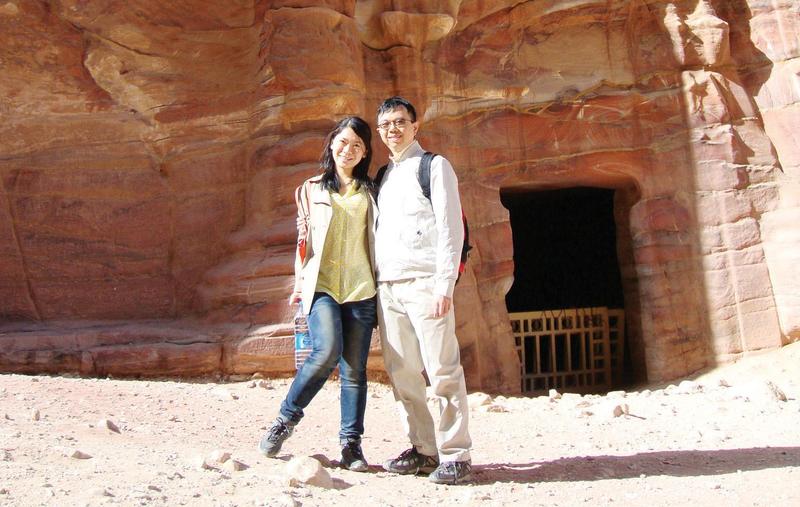 Although it was a blitz chess tournament that won him the top prize, it is standard chess that Lam is more interested in. Blitz is a variety of the game that requires players to think and act fast. Practicing blitz may not be particularly helpful to those interested in playing standard chess, as one “ends up neglecting the details and refrains from thinking deeper”.

Interestingly, while professional chess players are expected to have a knack for figures in their young days, Lam says he was never much of a math whiz kid. However, he was good at rote learning in school, which has stood him in good stead in his chess career. There is a whole repertoire of tried-and-tested sequences of chess moves. The more a player is able to memorize these sequences, the better his chances of gaining the upper hand in the game, especially if he’s playing the blitz version of the game. 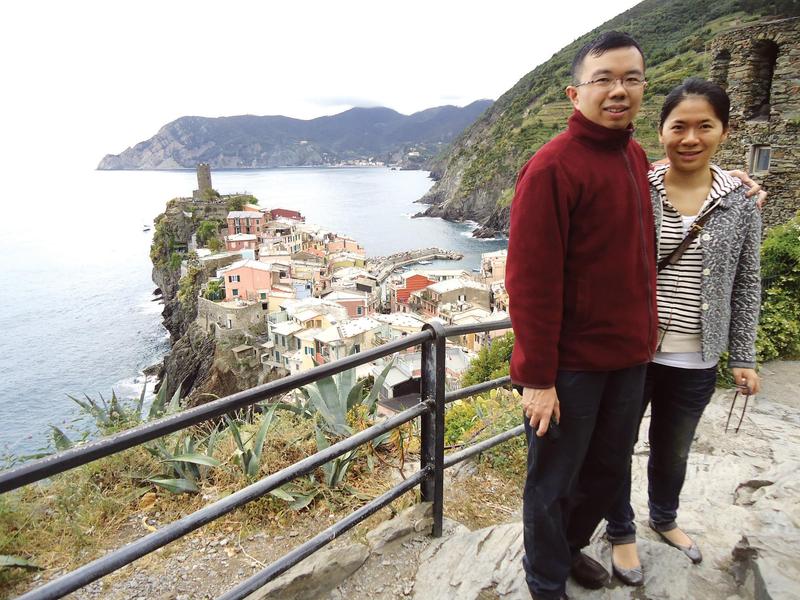 Lam says he does not “enjoy playing”, especially if the match is taking place in Hong Kong, as he usually gets too overwhelmed by the pressure to win, part of which, he admits, is self-inflicted. “Everyone is after me, anticipating good news,” he says. Still he is constantly participating in chess tournaments, trying to win every game “just to feel secure”.

Lam says he will probably give up chess when he becomes a father and would want to dedicate more time to his child. After all, he’s come this far buoyed on the support of his family. His wife and mother have been the pillars of support in his life, putting up with his frequent absences from home and sometimes his total focus on chess at the cost of being indifferent to the people around him. Similarly he just might give it all up to focus his undivided attention on raising a family when the time is right. But before until that day arrives, Lam will keep improving his skills at playing chess and continue to dream of winning big.

“I’m still hungry for more victories in the years to come,” he says, emphatically.