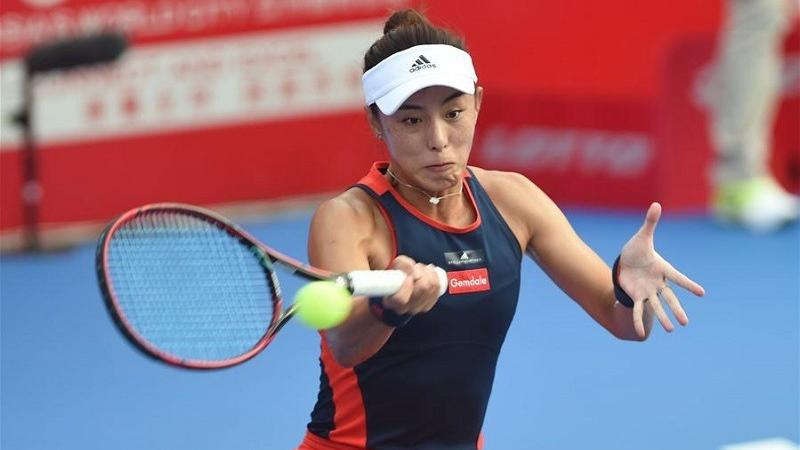 TIANJIN - Round of 32 action got into full swing on Tuesday at the 2019 Tianjin Open as six Chinese players advanced to the last 16.

No. 2 seed Wang Qiang made a perfect start against Australia's Arina Rodionova, moving into the second round with a 6-3, 6-4 victory. Wang will meet British player Heather Watson next.

Zheng Saisai and Duan Yingying, who have achieved good results in doubles this year, competed with each other in the singles. Zheng won the match 7-6 (4), 6-2 to face Russia's Veronika Kudermetova in the last 16.

READ MORE: Zheng, Murray move into China Open round of 16

The 41st-ranked Zhang Shuai pulled out of the competition due to injury. "I am sorry that I have to withdraw from the competition, because my elbows have been hurt in Wuhan Open," said Zhang at the press conference.