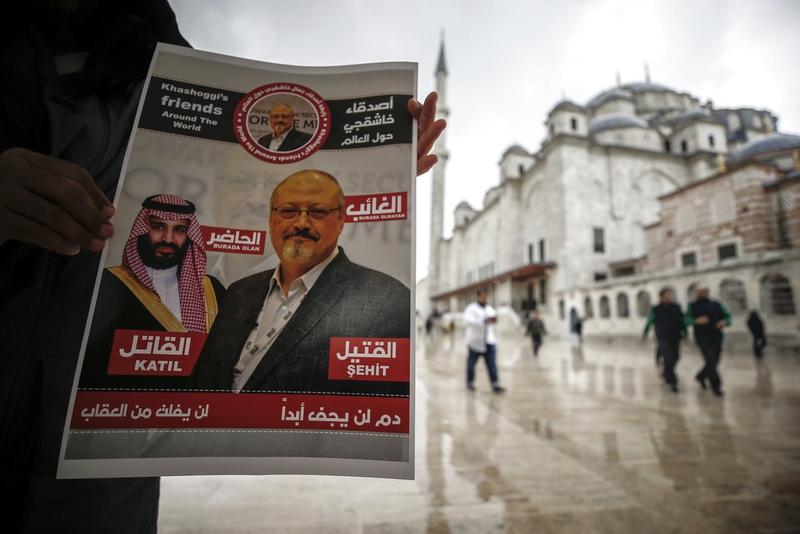 In this Nov 16, 2018 photo, a man holds a poster showing images of Saudi Crown Prince Muhammed bin Salman and journalist writer Jamal Khashoggi, describing the prince as "assassin" and Khashoggi as "martyr" during funeral prayers in absentia for Khashoggi who was killed last month in the Saudi Arabia consulate, in Istanbul. (EMRAH GUREL / AP)

WASHINGTON/MALIBU, California – US President Donald Trump on Saturday called a CIA assessment blaming Saudi Crown Prince Mohammed bin Salman for the killing of Saudi journalist Jamal Khashoggi "very premature" and said he will receive a complete report on the case on Tuesday.

Trump, on a trip to California, said the killing "should never have happened." The report on Tuesday will explain who the US government believes killed Khashoggi and what the overall impact of his murder is, Trump said. It was unclear who is producing the report.

Trump also said the CIA finding that bin Salman was responsible for the killing was "possible."

They (Saudis) have been a truly spectacular ally in terms of jobs and economic development. As president, I have to take a lot of things into consideration.

Trump made the remarks hours after the State Department said the government was still working on determining responsibility for the death of Khashoggi, a US-based Washington Post columnist.

"Recent reports indicating that the US government has made a final conclusion are inaccurate," State Department spokeswoman Heather Nauert said in a statement. "There remain numerous unanswered questions with respect to the murder of Mr Khashoggi."

Nauert said the State Department will continue to seek facts and work with other countries to hold those involved in the journalist's killing accountable "while maintaining the important strategic relationship between the United States and Saudi Arabia."

The CIA had briefed other parts of the US government, including Congress, on its assessment, sources told Reuters on Friday, a development that complicates Trump's efforts to preserve ties with the key US ally.

A source familiar with the CIA's assessment said it was based largely on circumstantial evidence relating to the prince's central role in running the Saudi government. 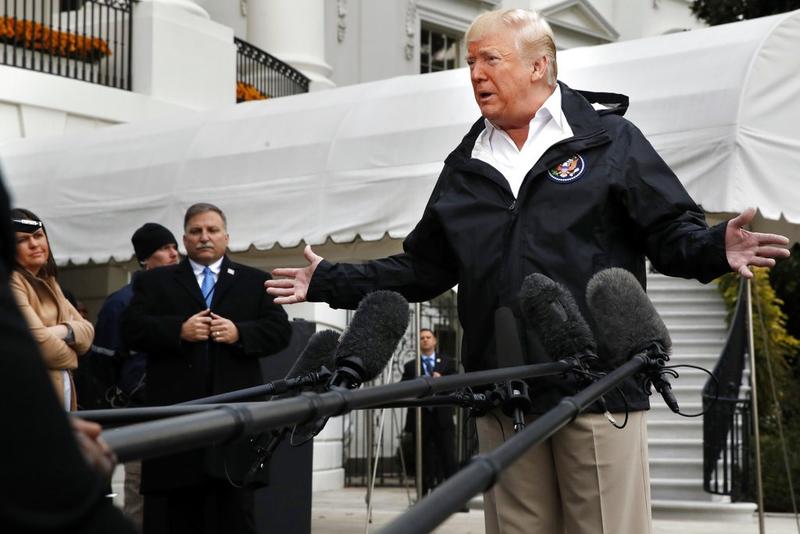 President Donald Trump answers questions from members of the media as he leaves the White House, Nov 17, 2018, in Washington, en route to see fire damage in California. Trump said he will receive a complete report on Jamal Khashoggi killing on Tuesday. (JACQUELYN MARTIN / AP)

The CIA's finding is the most definitive US assessment to date tying Saudi Arabia's de facto ruler directly to the killing and contradicts Saudi government assertions that Prince Mohammed was not involved.

Khashoggi, a critic of the crown prince, was killed in October at the Saudi consulate in Istanbul when he went there to pick up documents he needed for his planned marriage.

As lawmakers push legislation to punish Saudi Arabia for the killing, both Republican and Democratic senators on Saturday urged Trump to be tough on the crown prince, with whom he has cultivated a deep personal relationship.

"Everything points to the Crown Prince of Saudi Arabia, MbS, ordering @washingtonpost journalist Jamal #Khashoggi's killing. The Trump administration should make a credible determination of responsibility before MbS executes the men who apparently carried out his orders," tweeted Senator Bob Corker, chairman of the Senate Foreign Relations Committee, on Saturday.

Trump and top administration officials have said Saudi Arabia should be held to account for any involvement in Khashoggi's death and have imposed sanctions on 17 Saudis for their role in the killing.

But they have also stressed the importance of Washington's ties with Riyadh, one of the biggest clients of the US defense industry. Trump wants to preserve the Saudi arms deals, despite growing opposition in Congress.

"They have been a truly spectacular ally in terms of jobs and economic development," Trump said. "As president, I have to take a lot of things into consideration."

Marine General Joseph Dunford, chairman of the Joint Chiefs of Staff, noted on Saturday that the kingdom plays a key military role for the United States in the Middle East.

"Saudi Arabia has been an important partner to regional security in the past. I expect they will be in the future," he said at a security forum in Halifax, adding Middle Eastern allies including Saudi Arabia are "a stabilizing force in the region." 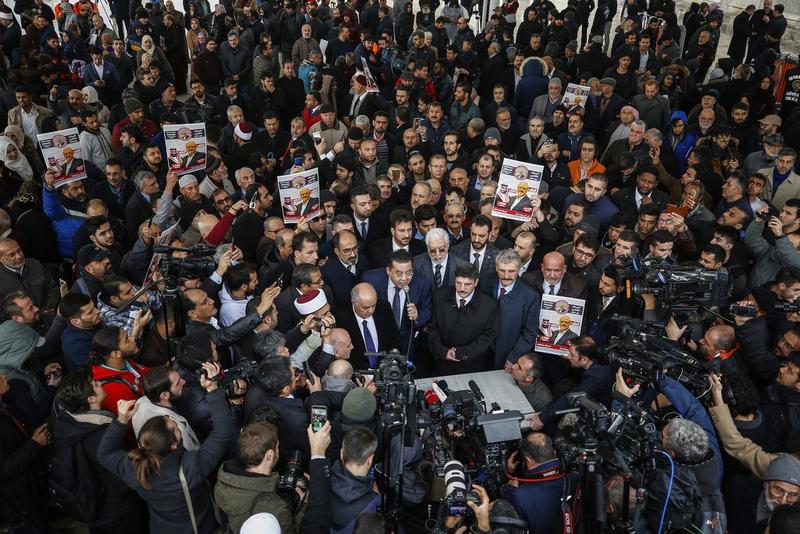 The members of Arab-Turkish Media Association and friends hold posters as they attend funeral prayers in absentia for Saudi writer Jamal Khashoggi who was killed last month in the Saudi Arabia consulate, in Istanbul, Nov 16, 2018. (EMRAH GUREL / AP)

On Thursday, Saudi Arabia’s public prosecutor said he was seeking the death penalty for five suspects charged in the killing of Khashoggi.

The prosecutor, Shaalan al-Shaalan, told reporters the crown prince knew nothing of the operation, in which Khashoggi’s body was dismembered and removed from the consulate. Saudi officials have said a team of 15 Saudi nationals were sent to confront Khashoggi and he was accidentally killed in a chokehold by men who were trying to force him to return to the kingdom.

Lawmakers critical of Saudi Arabia for Khashoggi's killing and its role in Yemen's civil war are ramping up their efforts to clamp down on the country.

"Trump must accept (for once) his intelligence experts’ incontrovertible conclusion: Crown Prince MBS is culpable for Khashoggi’s monstrous murder. This brazen killing must have consequences — sanctions, prosecution, removal of MBS & others, not continued cover-up, enabled by Trump," tweeted Democratic Senator Richard Blumenthal on Saturday.