A major landscape development under construction along the Tianmu River, the main watercourse through the new district of Hengqin in Zhuhai, Guangdong province, in Dec, 2018. (PHOTO PROVIDED TO CHINA DAILY)

Coastal areas across the Guangdong-Hong Kong-Macao Greater Bay Area are to be fortified against "once-in-a-century typhoons", which, despite the name, seem to be arriving more frequently.

Super typhoons have become a plague along the coasts of Hong Kong and Guangdong province, prompting governments to preserve and recreate natural seashores.

As a result, the coast will no longer be a crunch point ravaged by typhoons, but will become the place where people in the Bay Area can get closest to the ocean

The complex, on land reclaimed from a pebble beach, was developed in the 1970s by the Mass Transit Railway Corp and was connected to the MTR's undersea tunnel nearby.

From the beginning, there were reports of severe flooding during extreme weather. Heng Fa Chuen, on the frontline of the typhoon track, suffered heavy damage every time a major storm struck. Among the most notable events were Typhoon Nesat in 2011 and Typhoon Hagupit in 2008.

In November, two months after Mangkhut struck, the Hong Kong Special Administrative Region government promised to commission a study of low-lying coastal areas and other districts vulnerable to high winds to assess the impact of wind and waves.

The city's Civil Engineering and Development Department is arranging funding and choosing consultants for the work, which is expected to begin soon and should be completed late next year.

However, Heng Fa Chuen and other low-lying areas will have to wait at least two years before a solution becomes evident.

One expert urged the government to move faster. Piet Dircke, a specialist in the field of flood protection, said there is a time limit for undoing the damage following a disaster.

"After a flood, I usually tell city authorities 'you now have five years to move fast and make decisions'," he said, noting that within that time frame related images remain etched in public consciousness and demand for relief remains high.

After that, memories fade, so when large restoration and protection projects are proposed, people begin to think, "It wasn't so bad. Do we really need all of this?".

Dircke added that constructing and rebuilding waterfront barriers takes considerable time, especially when land must be reclaimed. In addition, there are high costs to consider. "You don't talk in years, but in decades," he said.

Dircke, global leader for water management with ARCADIS, a design and engineering company in Amsterdam, the Netherlands, that specializes in natural and built assets worldwide, has worked on flood resilience and climate adaptation on five continents.

Most of his work has been undertaken in cities that have learned hard lessons after storms wreaked heavy destruction. He cited New Orleans in the wake of Hurricane Katrina and New York after Hurricane Sandy.

Dircke's philosophy emphasizes resilience in hard-hit areas. Because of the possibility that water will breach the highest barriers, one of the most important considerations must be "even if the structures were flooded, you are resilient enough to cope with the impact".

"Wherever you build concrete, nature will fight it and sooner or later, destroy it. Nature always wins. The greener we can make our structures, the longer they may last," he said.

He cited the example of the so-called "Sand Engine" in the Netherlands. In 2011, engineers built a sandcastle-shaped peninsula in South Holland to fortify the Delfland coast.

Before the engine was built, refilling was required every five years because the current carried sand away from the beach. Now, the current brings sand from the peninsula to the beach, meaning no refilling will be needed until 2032. That results in significant cost savings.

In 2012, Hurricane Sandy struck New York, leaving 43 people dead and more than 9,000 buildings flooded. In response, the United States Federal Emergency Management Agency designated 16 kilometers of Manhattan coastline as an area at a high risk of flooding, and called for designs to reconstruct the shoreline.

The winning design, named the BIG U, was built as a public park, but it provided a substantial flood protection infrastructure. It also served as an invisible flood barrier and as a public site for community integration and development.

The creative inspiration of the BIG U, combining disaster prevention and landscape design, has served as a model for flood resilience ever since. Now, it is being adopted to buttress some of the thriving construction areas of the Guangdong-Hong Kong-Macao Greater Bay Area.

One major landscape development is under construction along the Tianmu River, the main watercourse through the new district of Hengqin in the city of Zhuhai, Guangdong.

Instead, the Tianmu project incorporates a multilevel flood control design for low and normal tides, while allowing flooding at the level of a "once-in-a-half-century storm", said Mandy Kwok Siu-man, associate director at Earthasia.

Elements include a protective wetland and specially designed riverbanks around the flood plain. The banks are being built not only to absorb and retain water, but even to purify it.

The project is expected to be completed around the end of the year. If the design proves effective, it may provide an additional model for flood prevention in other Chinese cities. 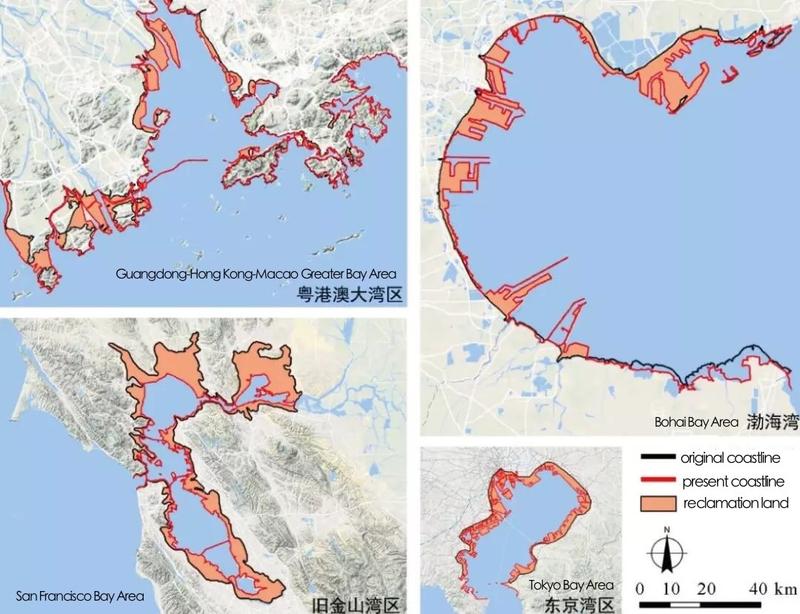 Zhuhai is the site of another pilot project, the Sponge City Initiative, which started in 2015 with the aim of urging cities to improve drainage and reduce flooding.

The Ministry of Finance provided initial support ranging from 400 million yuan to 600 million yuan (US$59.6 million to US$89.3 million) for 16 pilot cities. A year later, the number of cities was extended to 30, including Zhuhai.

The Hong Kong government has pledged to give greater consideration to flood prevention and environmental protection during future development, especially in reclamation areas.

The Civil Engineering and Development Department is planning new environmentally friendly sea walls, while flood-prevention structures will feature mudflats and mangroves that will act as natural wave barriers.

One is under construction at the Tung Chung East reclamation site on Lantau Island. Started in February last year, the project is expected to reclaim 130 hectares of land.

Leung and his aides have also developed a new type of "ecological brick" that will provide habitats for marine life around the reclaimed land.

He said most of Hong Kong's sea walls are vertical and built on piers or along navigation channels, but some are built on inclines along the coastline to act as breakwaters.

However, these constructions are harmful to marine life at the height of summer, when temperatures on rocky surfaces can top 50 C. Bacteria and microalgae on the sea walls dry out and die, while immobile organisms such as barnacles and rock oysters are roasted to death.

This is how primary food chains are broken - creatures that depend on these marine organisms abandon the area when they can't find food, leading to the devastation of organism populations and a sharp reduction in the number of species.

Leung's ecological bricks replicate natural rocks. They store water, offer shade amid the heat and are covered in pores in which organisms can shelter, meaning complex ecological environments are quickly established.

The bricks are alkaline, with a pH of 8 to 9, which is ideal for bacteria and microalgae, and the marine organisms can adhere to the grooved surfaces.

Leung's team has spent the past year hanging the eco-bricks on sea walls, in Tuen Mun and Lantau to test their effectiveness. The results proved satisfying, as the number of species identified on the bricks was more than double that found on the original sea walls and even approached the number found on natural, rocky shores.

Leung said the rocky, eco-supportive shorelines composed of ecological bricks in Tung Chung are expected to not only promote reproduction among intertidal species, but also shape the coastal landscape where people can interact with the water and observe marine creatures.

As a result, the coast will no longer be a crunch point ravaged by typhoons, but will become the place where people in the Bay Area can get closest to the ocean.