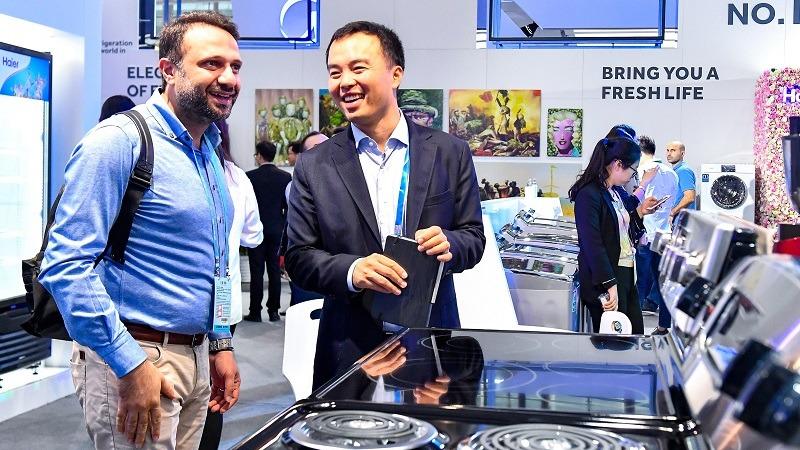 Gree Electric Appliances Inc, a major home appliances maker based in Zhuhai, Guangdong province, displayed its GMV ECO, a new-generation of energy-saving air conditioners for commercial use, at the ongoing China Import and Export Fair.

The fair, better known as the Canton Fair, which is taking place in Guangzhou, the capital of Guangdong, is seen as a barometer of China's foreign trade.

The fair, better known as the Canton Fair, which is taking place in Guangzhou, the capital of Guangdong, is seen as a barometer of China's foreign trade

According to Wang Shunfang, manager of the North America Region of Gree's overseas sales department, Gree's overseas sales continued to grow in the first three quarters of this year. "Gree's business in the overseas market maintained growth thanks to the competitive high-end products and technology we have brought to the market in recent years," said Wang.

The North American market accounts for a large proportion of Gree's overseas sales, according to Wang.

"There is very high demand in the market for high-quality and high-tech air conditioners. Through the introduction of such products, Gree's business has not been affected by the uncertainty brought about by trade friction between China and the United States," said Wang.

"We are planning to open more overseas manufacturing facilities in the near future, bringing our technologies and products closer to our customers," said Wang.

He added that Gree's products are also widely sold in Brazil, Argentina and the Middle East.

Shenzhen Jedel Electronics Co Ltd, a manufacturer of keyboards and other computer accessories, also has confidence in its overseas market expansion.

This company invests nearly 1 million yuan (US$144,000) in research and development annually, helping generate 60 million yuan in export volume in 2017, according to Wang Guangdong, deputy general manager of the Shenzhen-based company.

"We will see a possible year-on-year increase of 20 percent in overseas sales this year," said Wang.

Xu Bing, spokesman of the organizing committee of Canton Fair, said the number of overseas buyers is expected to maintain stable growth compared with the last session.

"Chinese companies are attaching more importance to enhancing the competitiveness of their products by increasing their efforts in technology research and development," said Xu.