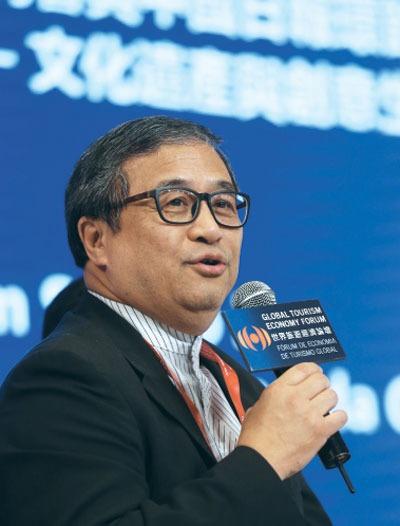 He was sent to Beijing Hospital after becoming sick the night he arrived in the city for the two-session meeting on March 2. Two days later, he was transferred back to Hong Kong for treatment accompanied by family members, Wong Yuk-shan said.

The Hong Kong NPC delegation issued a statement expressing their deep condolences to Peter Wong and his family. “Peter Wong loved both the country and the Hong Kong Special Administrative Region, and made outstanding contributions to the city and the nation,” the statement said.

Lo Sui-on, another vice-convener of the Hong Kong NPC delegation, said he was very upset about Peter Wong’s death.

He said Wong was one of the most senior national legislators in the Hong Kong delegation, and had made a lot of important suggestions and proposals to the NPC.

Engaging in the development of cultural and heritage resources, Peter Wong had been a long-time lecturer to NGOs, governments and tertiary educational institutes.

He had also been actively involved in promoting tourism development and was the executive chairman of China Chamber of Tourism and vice-chairman of the Global Tourism Economy Forum.