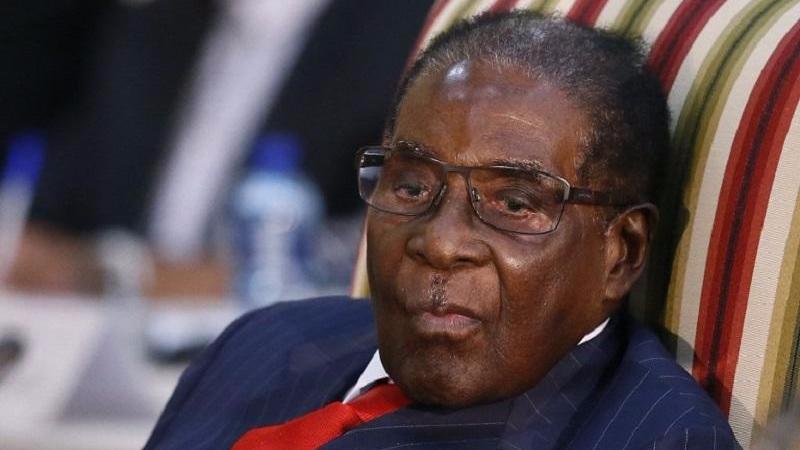 In this  Oct 3, 2017 photo, Zimbabwean President Robert Mugabe attends the 2nd Session of the South Africa-Zimbabwe binational Commission (BNC)  at Sefako Makgatho Presidential Guest House in Pretoria. In his first foreign travel since the army forced him from office last month, Mugabe has left the country for medical checks in Singapore. (PHILL MAGAKOE / AFP)

HARARE – Zimbabwe's former president Robert Mugabe has left the country for medical checks in Singapore, his first foreign travel since the army forced him from office last month, a state security official said on Tuesday.

The 93-year-old, who ruled the southern African nation for 37 years, resigned after the army and his ruling ZANU-PF party turned against him when it became clear that his 52-year-old wife, Grace, was being groomed as his successor.

Until recently the world's oldest head of state, Mugabe had a reputation for extensive and expensive international travel, including regular medical trips to Singapore – a source of public anger among his impoverished citizens.

He left Harare with Grace and aides on Monday evening, the official said. He is expected to make a stop-over in Malaysia, where his daughter, Bona, is expecting a second child.

"He has gone for a routine medical trip to Singapore," said the official, who has organized Mugabe's security protection but who is not authorized to speak to the media. "He was due for a check-up but events of the last few weeks made it impossible for him to travel."

The trip means Mugabe will not be in Zimbabwe when ZANU-PF endorses President Emmerson Mnangagwa as its leader and presidential candidate for next year's elections during a one-day special congress on Friday.

The security official would not say how Mugabe was travelling although the privately owned NewsDay newspaper said he was on a state-owned Air Zimbabwe plane. 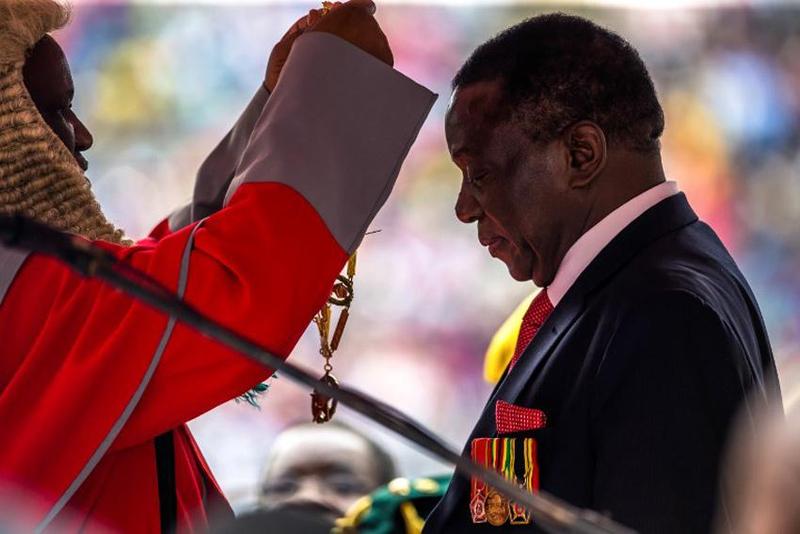 New interim Zimbabwean President Emmerson Mnangagwa receives the chain and sash of office from the Chief Judge of the Supreme Court, Chief Justice Luke Malaba as he is officially sworn-in during a ceremony in Harare on Nov 24, 2017. (JEKESAI NJIKIZANA / AFP)

Mugabe was granted immunity from prosecution and assured of his safety under his resignation deal, a source of frustration to many Zimbabweans who accused him of looting state coffers and destroying the economy during his time in power.

Another government official told Reuters last month Mugabe had been due to travel to Singapore on Nov 16 but was unable to leave because the military had confined him to his private home the previous day.

Under Zimbabwe's Presidential Pension and Retirement Benefits Act, a former head of state is entitled to perks including limited foreign travel and medical insurance.

"These are very standard features of a retired president," another government official said, trying to head off any controversy. "You are making a storm out of nothing."