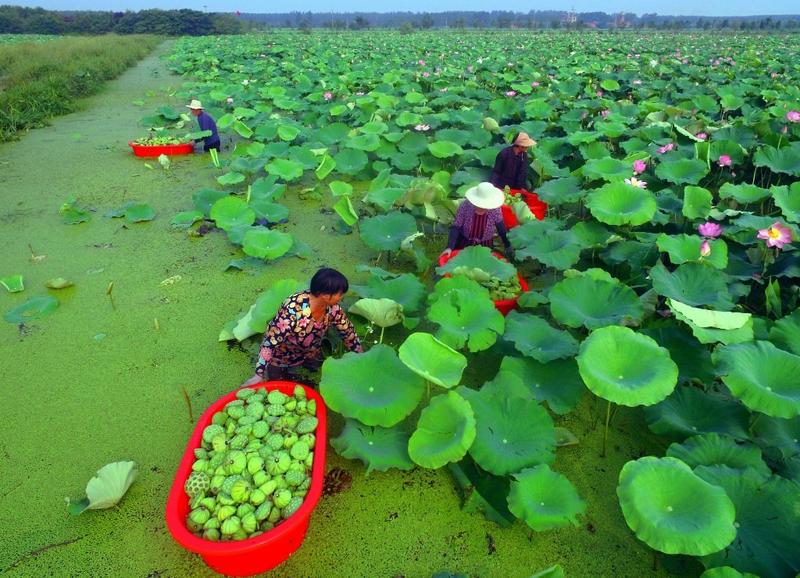 Construction of the National Bank for Tropical Plant Germplasm Resources has been approved in Hainan by the central authorities as part of a national sharing service platform for science and technology resources, according to officials with the Chinese Academy of Tropical Agricultural Sciences.

Development of the bank will be led by the Tropical Crops Genetic Resources Institute under the Haikou-based Chinese Academy of Tropical Agricultural Sciences, said Chen Yeyuan, director of the institute.

Chen Yeyuan, director of the institute

Chen said that in 2003, the institute began to build a bank for China's tropical germ plasm resources - seeds or tissue that can grow into new plants - and now the network boasts 47,000 germ plasm resources, the largest collection in the world. He said the country's research network connects 23 institutes in seven tropical and subtropical provinces and regions: Hainan, Guangdong, Fujian, Yunnan, Sichuan and Guizhou provinces, and the Guangxi Zhuang autonomous region.

"In more than 10 years, we have developed an advanced and standardized technical system for the preservation and utilization of tropical plant germ plasm resources," Chen said, adding that Chinese scientists have screened and formulated more than 3,000 kinds of germ plasm resources from plants and crops such as rubber, banana, cassava, fruits and herbal medicine plants and built a solid foundation for breeding new varieties.

"We will soon draft new plans for developing the National Bank for Tropical Plant Germplasm Resources and further advance our global leading-edge research work and high-quality service for the agricultural industry, to ensure more sharing of relevant information, especially the sharing of material germ plasm resources and to safeguard the sustainable development of agriculture," Chen said.

The bank will be built in line with the country's social and economic development and national strategic needs. It is expected to be the world's largest tropical crop germ plasm resource conservation base, a diversified genotype database and a comprehensive resource network that provides both domestic and global data, services and tools, according to a joint circular by the Ministry of Science and Technology and the Ministry of Finance.

The platform is expected to provide basic support for the development of China's "Silicon Valley of seeds" and construction of the Global Animal and Plant Germplasm Resources Introduction and Transfer Base in the Hainan Free Trade Zone, the country's 12th and largest. It is also expected to play an active role in promoting agricultural exchanges and collaboration with Belt and Road countries, according to Chen.

In the joint circular earlier this month, the ministries said that they have optimized and adjusted the list of participants for the national sharing service platform for science and technology resources to encourage high efficiency and high quality scientific research, technological progress and social development.