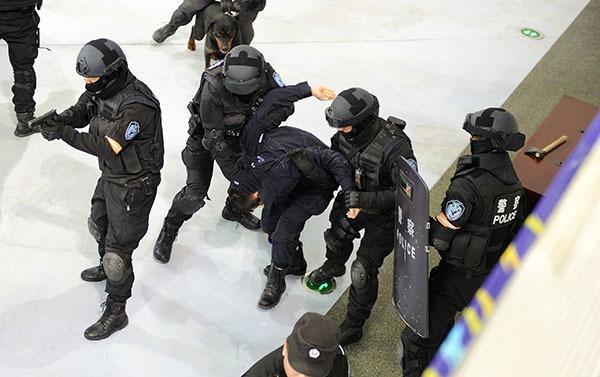 Lawmakers in the Xinjiang Uygur autonomous region have revised local regulations to allow local governments to set up education facilities to help those who have been lured into terrorist activities and those affected by extremist thoughts to return to society and their families.

The full text of the revised anti-extremism regulation, adopted by the regional people's congress on Sept 5, was released on Tuesday, when it took effect.

It stipulates that governments at the county level or above can set up education facilities, including vocational training centers, to help people with extremist thoughts. Lessons could include standard Chinese language, laws and regulations, vocational skills, and psychological consultations so that people can get rid of extremist thoughts and be prepared to return to society.

The regulation also requires administrators in charge of the sector to standardize education and other measures.

The penetration of religious extremism led to a series of terrorist attacks in Xinjiang in the past. The regional government has attached great importance to eliminating extremism, and introduced China's first anti-extremism regulation on April 1 last year.

Ma Pinyan, a researcher at the Xinjiang Academy of Social Sciences, said on Thursday that the education and other measures adopted in Xinjiang have proved effective as the local social situation remains stable.

"The revised regulation has clarified some details of the education measures so the region can better fight extremism, which is the foundation of terrorism, in accordance with the law," he said.

Ma said the regulation states that the goal of such measures is to help people return to society and their families.

The revised regulation stipulates that people who are lured into terrorist activities and affected by extremist thoughts but who commit minor and harmless offenses need to receive individual education sessions or be admitted into education facilities.

They can be exempted from criminal penalties if they show regret and voluntarily take part in educational programs, according to the new regulation.