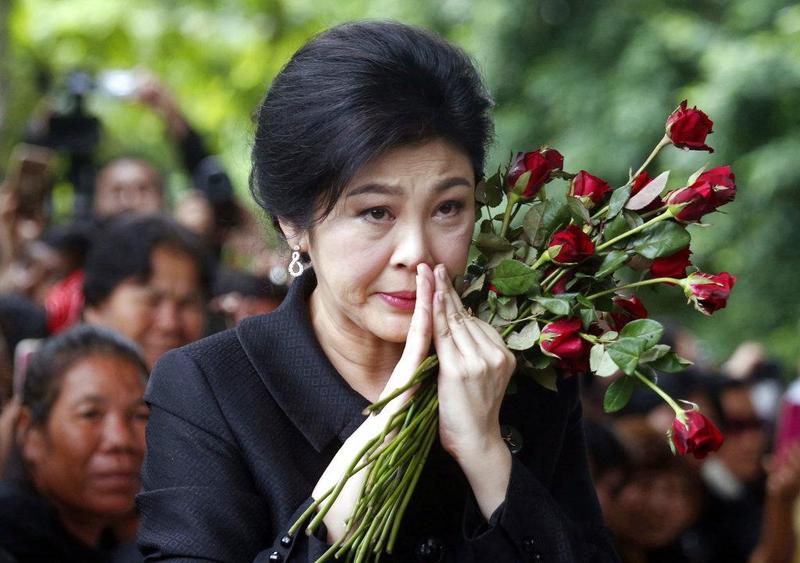 In this July 21, 2017 file photo, former Thailand's Prime Minister Yingluck Shinawatra arrives at the Supreme Court for the last day of her hearing in Bangkok Thailand, Bangkok, Thailand. A spokeswoman of the country's Foreign Ministry said on Oct 30, 2017 that the ministry has the canceled passports of Yingluck who fled the country in September, 2017 to evade a prison sentence she said was politically motivated. (SAKCHAI LALIT / AP)

BANGKOK — Thailand has the canceled the passports of former Prime Minister Yingluck Shinawatra, who fled the country last month to evade a prison sentence that she said was politically motivated.

Yingluck, whose government was ousted in a 2014 coup, was sentenced to five years in prison in September for negligence in instituting a money-losing rice subsidy program. She fled Thailand before the verdict and is believed to be in the United Kingdom.

The foreign ministry said it's not uncommon for Thais who must travel frequently to have multiple passports because visa applications can take weeks.

Thai police have said they are seeking an Interpol arrest warrant for Yingluck, but so far the international police organization has not issued any notice against her. Issuing an arrest warrant is likely to cause objections among member nations because the case against Yingluck is political in nature and some countries might be willing to offer her asylum.

Yingluck's conviction was the latest chapter in a decade-long struggle between Thailand's traditional ruling class and the powerful political machine founded by Yingluck's brother, former Prime Minister Thaksin Shinawatra, who was toppled in a 2006 coup.

Thaksin has lived in Dubai since fleeing a corruption conviction that he says was politically motivated.