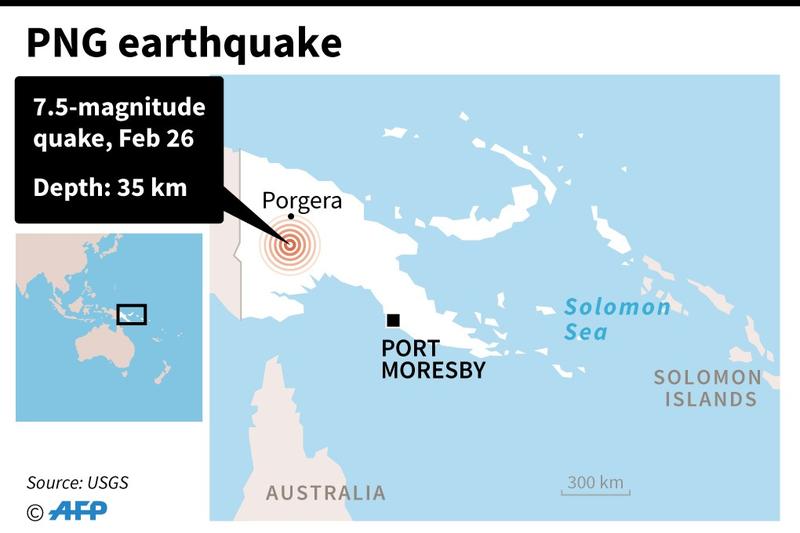 SYDNEY/WELLINGTON – More than 30 people are thought to have died Tuesday, a day into a 7.5-magnitude earthquake that struck 96 km southwest of Mendi, in the Southern Highlands province of Papua New Guinea.

According to local newspaper PNG Post Courier, 13 people were killed in the city of Mendi while 18 more lost their lives in the nearby areas of Kutubu and Bosave.

News sources also said that around 300 people were injured during the 35 km deep tremor.

The quake hit about 89 kilometers southwest of Porgera, the site of a large gold mine that employs more than 2,500. Several aftershocks stronger than magnitude-5 struck the region, including a magnitude 6.3 early Tuesday.

The quake also caused panic and damaged buildings across the border in eastern Indonesia.

"The scale of damage, from information we are getting from the ground, is quite extensive," Hela governor Philip Undialu told local media.

"It's going to be a massive recovery exercise."

William Bando, Hela Provincial Administrator, said phone networks were out, power lines were down and roads were blocked by landslides. He said the quake was a disaster on a scale he hasn't experienced before.

Making matters worse for the 50,000 residents in and around Mendi, phone lines and communications appeared to be down, with numerous sinkholes and aftershocks still continuing to rock the area.

"Our police station, courthouse, hospital, even private houses have been ripped apart or sunk into the ground," Undialu said.

One local website Papua New Guinea Today, has even posted that at least 10 people, including four children, were killed in "quake-triggered landslides."

"We could feel the house and the earth shaking," resident Agnes Kep told local media.

"We wanted to run for the door and out of the house, but it was too late, the ground might open up and swallow us."

Severe damage to phone networks and roads was hindering efforts to assess the extent of the destruction Tuesday.

The National Disaster Centre said it was carrying out a rapid assessment by ground and by helicopter in order to give information to the government.

Prime Minister Peter O'Neill said authorities were assessing the damage and getting ready to provide relief. 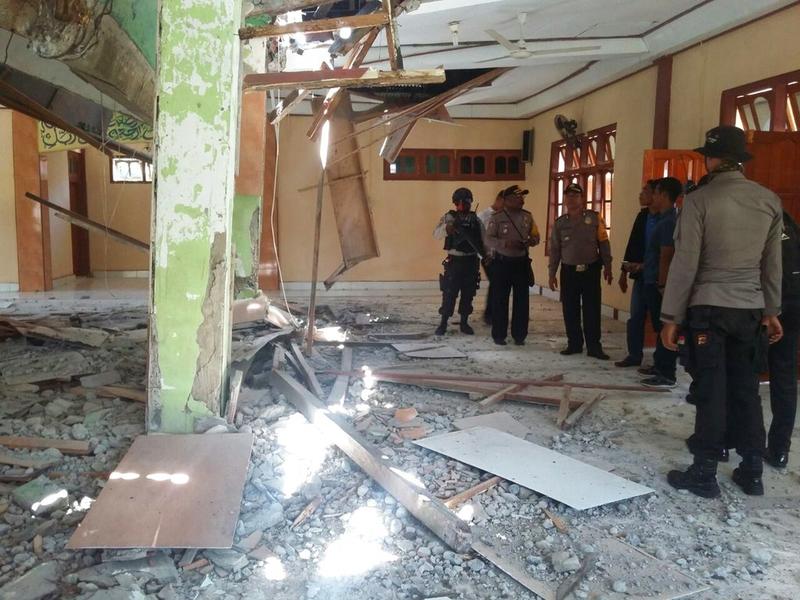 "There are communities that have suffered from this natural disaster, and we are sending our soldiers and other government agencies to support our people in their time of need," O'Neill said in a statement.

ExxonMobil Papua New Guinea shut down an airport it built as well as a gas conditioning plant, where there was damage to the administration buildings, living quarters and mess hall. The company was also evacuating nonessential workers.

Managing Director Andrew Barry said it was trying to re-establish communications with nearby communities to understand the broader impacts of the quake.

Aid agencies said they were ready to help but were also awaiting more information. Udaya Regmi, the country head of the International Federation of Red Cross and Red Crescent Societies, said it had 20 volunteers on standby but that getting accurate information remained difficult.

Papua New Guinea is home to 7 million people and is located on the eastern half of the island of New Guinea, to the east of Indonesia. It sits on the Pacific's "Ring of Fire," the arc of seismic faults around the Pacific Ocean where earthquakes and volcanoes are common.