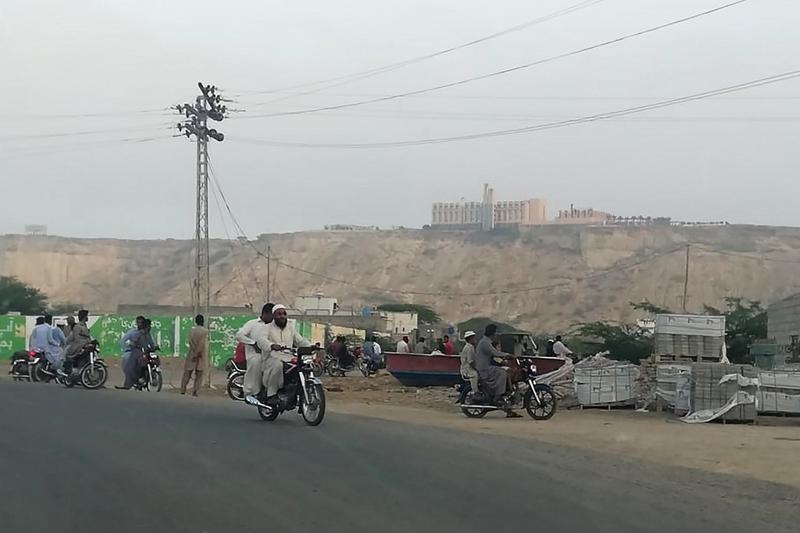 Pakistani residents watch from a road the five-star Pearl Continental hotel, located on a hill, top back, in the southwestern Pakistani city of Gwadar, May 11, 2019. (STR / AFP)

ISLAMABAD/QUETTA — Four insurgents armed with rifles and grenades attacked a luxury hotel in Pakistan's southwestern coastal town of Gwadar on Saturday, triggering an intense, hours-long shootout in which one hotel guard and all the attackers were killed, officials said.

In a statement, the military said troops quickly responded to the attack on the Pearl Continental hotel and that all the guests were safely evacuated. The hotel guard was killed as the assailants opened fire with small arms.

The Majeed Brigade faction of Baluch separatist group the Baluch Liberation Army (BLA) claimed responsibility, saying its four fighters were involved. In a statement, the group released pictures of the attackers, who authorities say were killed in the ensuing gun battle.

"All four of the terrorists have been killed," said a senior security official.

A second security official said troops had taken control of the area after killing the assailants. Both security officials spoke on condition of anonymity as they were not authorized to speak to the media. They said a search was still under way in the area.

Meanwhile, sharing initial reports with Xinhua on condition of anonymity, senior security sources from Gwadar said that four militants camouflaging as security personnel entered the hotel and engaged in a gun battle with the hotel's private and public security personnel.

The militants were later cornered and killed on the 1st floor of the hotel by security forces, said the security sources. 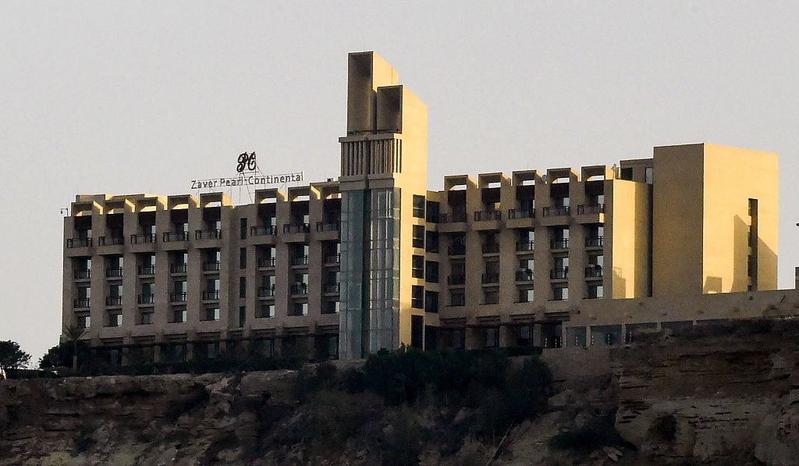 This March 8, 2019 picture shows a general view of the Pearl Continental hotel on a hill in the southwestern Pakistani city of Gwadar. (PHOTO / VCG VIA CHINADAILY.COM.CN)

The militants were using sophisticated weapons, and hurled hand grenades inside the hotel, the sources said.

The region has been the scene of a low-level insurgency by separatists who demand a greater share of the province's natural gas and mineral resources.

The latest attack came weeks after Islamabad claimed that a group of militants crossed the border from neighboring Iran and killed 14 security officials when they were on their way to Gwadar in buses. Pakistan at the time blamed a Baluch separatist group, Raji Aajoi Sangar, for the killings.