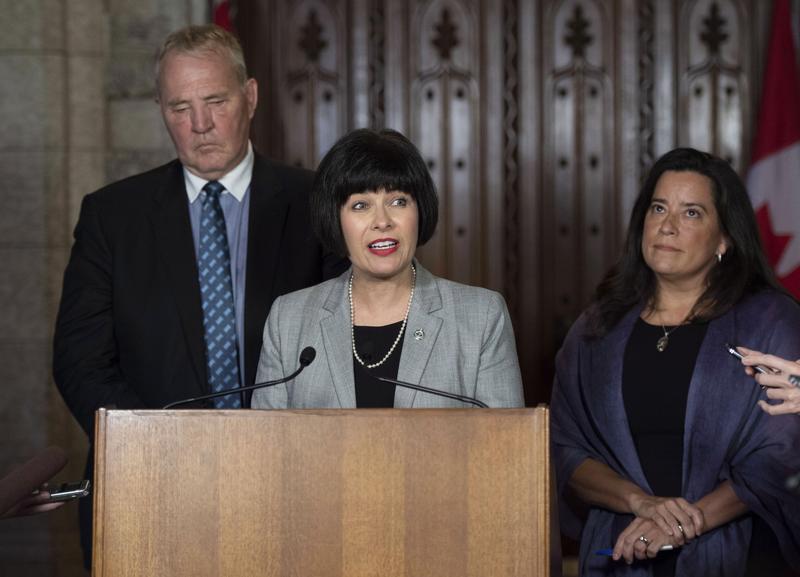 TORONTO — Marijuana will be legal nationwide in Canada starting Oct 17 in a move that should take market share away from organized crime and protect the country's youth, Prime Minister Justin Trudeau said Wednesday.

Canada is following the lead of Uruguay in allowing a nationwide, legal marijuana market, although each Canadian province is working up its own rules for pot sales

The Senate gave final passage to the bill to legalize cannabis on Tuesday, legislation that will make Canada only the second country in the world to make pot legal across the country.

The prime minister said at a news conference that the goal is to take a significant part of the market share away from organized crime.

Canada is following the lead of Uruguay in allowing a nationwide, legal marijuana market, although each Canadian province is working up its own rules for pot sales. The federal government and the provinces also still need to publish regulations that will govern the cannabis trade.

"The legislation is transformative," said Justice Minister Jody Wilson-Raybould, adding it "marks a wholesale shift in how our country approaches cannabis, leaving behind a failed model of prohibition."

She urged Canadians to follow the existing law until the Cannabis Act comes into force.

Many questions remain unanswered, including how police will test motorists suspected of driving under the influence, what to do about those with prior marijuana convictions and just how the rules governing home cultivation will work.

The Canadian provinces of Quebec and Manitoba have already decided to ban home-grown pot, even though the federal bill specifies that individuals can grow up to four plants per dwelling. 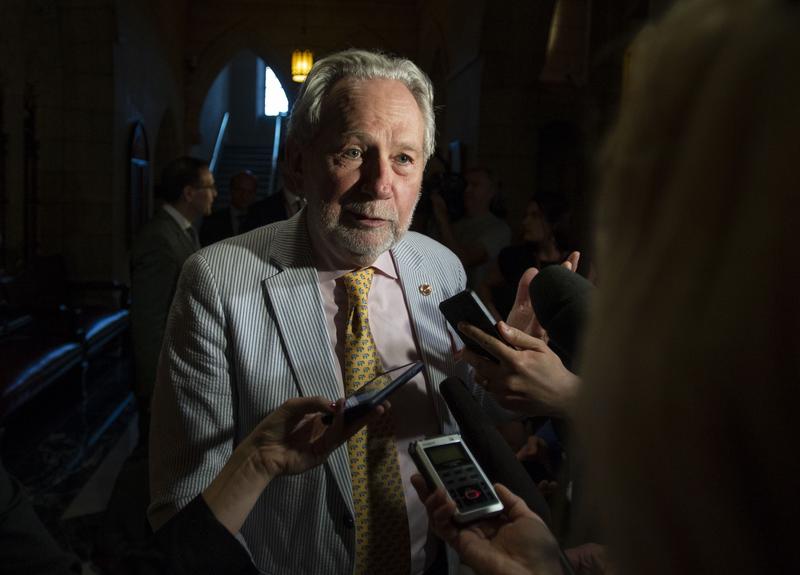 Senator Peter Harder, Government Representative in the Senate, speaks to reporters after the vote on Bill C-45, the Cannabis Act in the Senate on Parliament Hill in Ottawa, Ontario, June 19, 2018. (JUSTIN TANG / THE CANADIAN PRESS / AP)

"Provinces can set their own laws. If individuals are challenging that law, they can challenge it," Wilson-Raybould said.

Trudeau said the government won't discuss pardons of past convictions until legalization is in effect.

"There's no point looking at pardons while the old law is in the books," Trudeau said.

Trudeau said they are going to treat it like wine and tobacco, noting that few people will cultivate it at home, but it's necessary to fight organized crime.

Trudeau promised to legalize it during the 2015 election and had set a goal of July 1 for it. The provinces pleaded for more time.

Canadian marijuana stocks have rallied in anticipation of legalization and jumped again on Wednesday.

In the neighboring US, nine states and the District of Columbia have legalized marijuana. California, home to one in eight Americans, launched the United States' biggest legal marijuana marketplace on Jan 1.

The news was greeted with enthusiasm by marijuana advocates in the US.

Morgan Fox, a spokesman for the National Cannabis Industry Alliance in the US, said Canada's legalization should also serve as a wake-up call south of the border.

"The most important takeaway is that it's time for advocates in the industry to double down, so as to not be surpassed by the Canadian cannabis industry," he said.

Don Hartleben, who manages Dank of America, a retail cannabis store just south of the border in Blaine, Washington, said Canada's legalization was not only politically exciting, but a potential business boon for him.

Many of his customers are Canadian tourists who are terrified of trying to bring pot across the border, he said. If more use marijuana when they're in Canada, more will use when they're on vacation in the states.

"People ask me all the time, 'Isn't legalization in Canada going to hurt your business?'" he said. "I tell them, 'No! The more it's legal, the more people are going to feel safe to buy my product.'"