By Zhang Yunbi in Piraeus, Greece and Mo Jingxi in Beijing 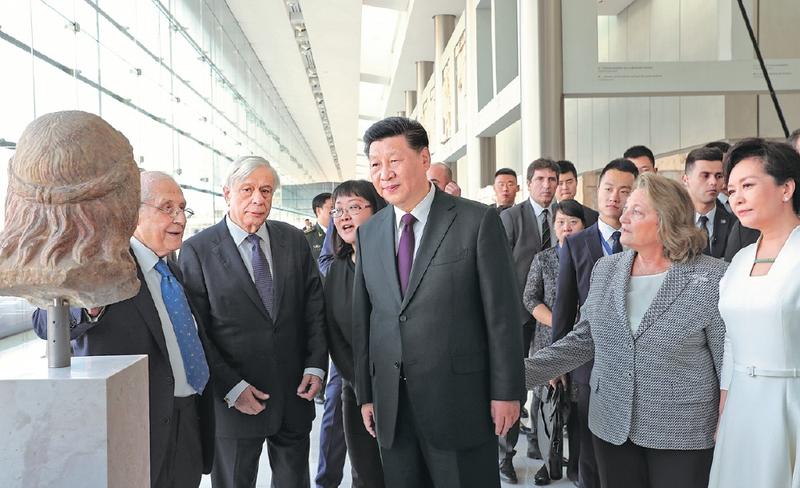 The China-proposed Belt and Road Initiative is not an empty slogan but a successful practice and a brilliant reality, President Xi Jinping said during a visit to the Port of Piraeus in Greece on Monday.

Xi and his wife, Peng Liyuan, accompanied by Greek Prime Minister Kyriakos Mitsotakis and his wife, Mareva Grabowski-Mitsotakis, were warmly welcomed by Chinese, Greek and other employees waving national flags of the two countries upon their arrival at the port.

Xi stressed that the Port of Piraeus project is a successful example of Sino-Greek cooperation, which complements each other's advantages, combined strengths and achieved mutual benefits

The Port of Piraeus, some 10 kilometers southwest of Athens, the Greek capital, has become a flagship project under Belt and Road cooperation after China Ocean Shipping Co acquired a majority stake in the port and took over its management and operations in 2016.

The port has created jobs for more than 10,000 Greeks and is now the largest in the Mediterranean region.

Xi talked with representatives of local staff and asked about their work and lives. The staff expressed gratitude to COSCO for providing jobs in difficult times during the Greek debt crisis and said they feel proud and have full confidence in the port's future.

Xi said he was delighted to know that COSCO's Port of Piraeus project was able to help locals through hard times, hailing the workers as important participants in and contributors to the joint construction of the Belt and Road as they offered a hand in developing the port. 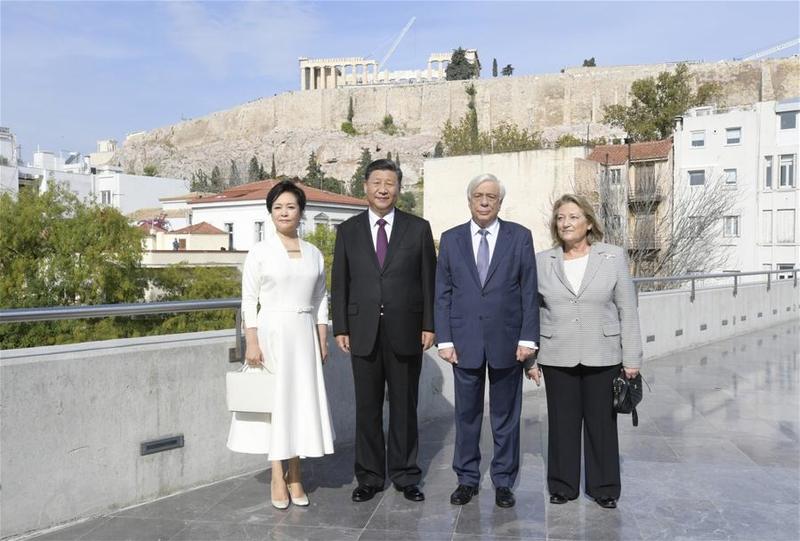 According to Xi, the BRI upholds the principle of extensive consultation, joint development and shared benefits. This means no one makes decisions for others, but instead all participants share responsibilities and benefits in BRI cooperation.

He stressed that the port project is a successful example of Sino-Greek cooperation, which complements each other's advantages, combined strengths and achieved mutual benefits.

The president urged the two nations to make continued efforts to further construct and develop the port, achieve the goal of making the port a regional logistics distribution center and advance the building of the China-Europe Land-Sea Express Line.

Xi also expressed confidence in the unlimited prospects of the port, saying that the fruits of cooperation will continue to benefit the people of both countries and the region. 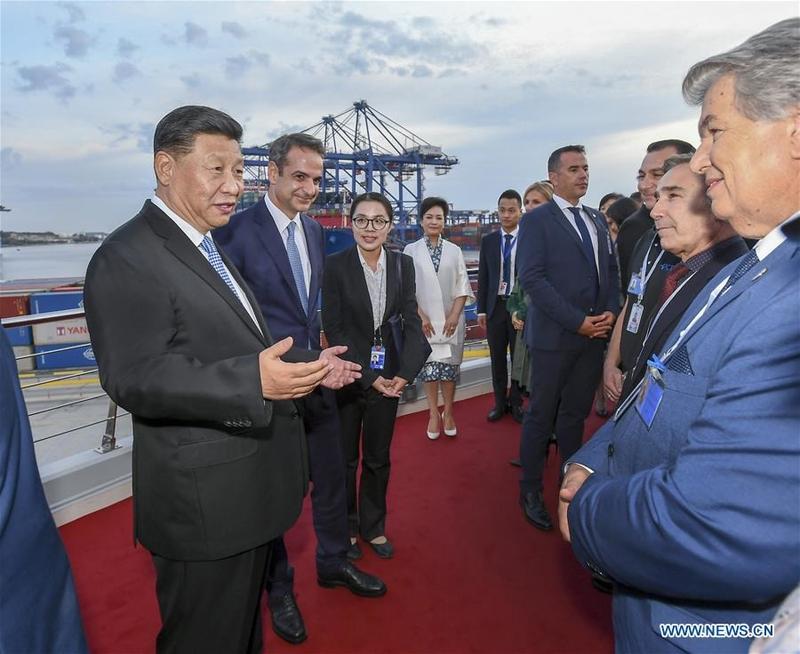 Mitsotakis pointed out that China helped the Greek people when his country was embroiled in the debt crisis.

The facts have shown that the port project is mutually beneficial, and it has greatly boosted the recovery of the Greek economy and social development, served the interests of Greece and its people and received support from the Greek people, he said.

Greece is willing to join hands with China to further expand and strengthen the port project, making it a paragon of the joint construction of the Belt and Road, he added.

Greek Minister of Development and Investments Adonis Georgiadis said that the image of Greece's largest port has changed in recent years, and he was confident that cooperation will flourish.

"This investment will go forward in the next step and the political will of our government is to help COSCO's investment become much bigger for the good of the Greek and Chinese people," Georgiadis said.

Liu Zuokui, a senior researcher on Central and Eastern European studies at the Chinese Academy of Social Sciences, said that Greece is now playing a vital role in building the Maritime Silk Road, and the BRI is largely in line with Greece's traditional pursuits of developing commerce and overseas exchanges.