Appellate court says HK in 'a state of public danger' 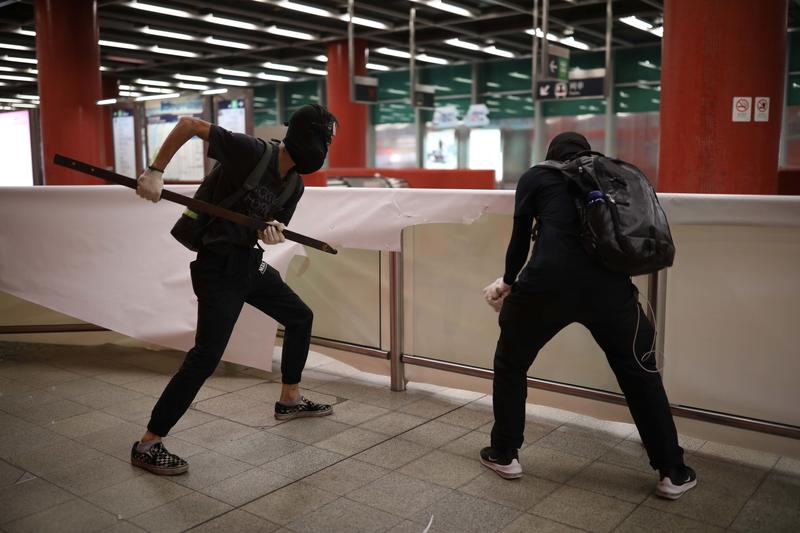 The Court of Appeal said on Tuesday that “Hong Kong is in a state of public danger”, and “law and order in Hong Kong is still under serious threats by the ongoing wanton violence, which jeopardize the stability and prosperity of the society”.

The remarks came in a judgment that refused to grant a government request to suspend a lower court’s decision that had voided the newly enacted mask ban.

The rejection of the suspension means the city’s police force cannot enforce the anti-mask law until the results of the appeal on the ruling come out — and the government would have to win the appeal.

The presiding judges — acting chief judge of the High Court Jeremy Poon and Vice-President of the Court of Appeal Johnson Lam — stressed in their written judgment that the rejection of a stay is by no means an indication of the results of the appeal, which is set for Jan 9 and 10.

The judgment also warned that if one continues to wear a mask in situations affected by the anti-mask law, the mask-wearer faces the inherent risk of being found to have broken the law, should the government later succeed in its appeal.

“The judgment is not and should not be regarded as an encouragement or condonation for any person to cover their face in situations caught by the anti-mask law,” the judgment read.

The Court of First Instance ruled on Nov 18 that the anti-mask law, introduced under the city leader’s emergency powers in early October, was unconstitutional.

In late November, the Department of Justice filed the notices of appeal on the Court of First Instance’s ruling, and renewed the application for a temporary validity order or alternatively a temporary suspension order to postpone the operation of the ruling. The court granted an interim suspension order until further notice.

In expediting the appeals, the court has set the hearing of the case for Jan 9 and 10.