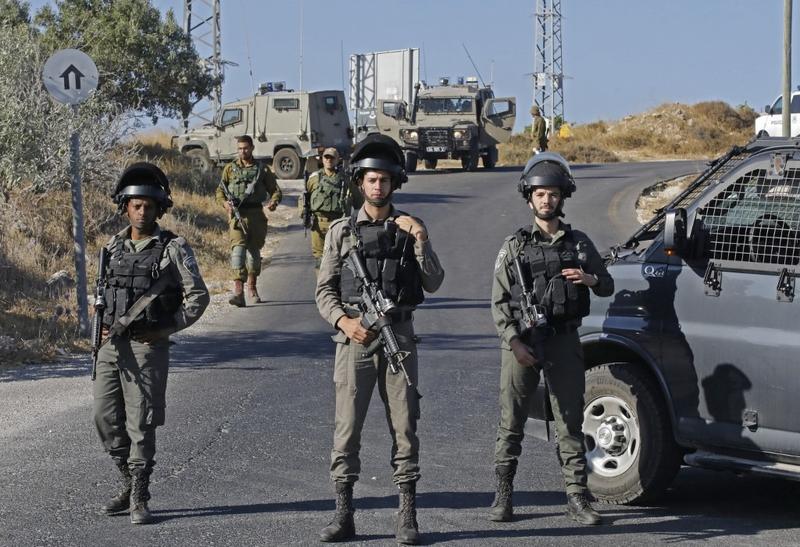 Israeli soldiers stand guard next to the site where the body of an Israeli soldier was found with multiple stabs near the settlement of Migdal Oz in the occupied West Bank on Aug 8, 2019. (MENAHEM KAHANA / AFP)

OFRA — The body of an Israeli soldier was found near a Jewish settlement in the occupied West Bank on Thursday and the military said he had been stabbed to death by a Palestinian assailant.

The soldier, who the military said was in civilian clothes and unarmed, was a student in a Jewish seminary in the West Bank that combines religious studies with service in the armed forces.

An Israeli military statement said the body was discovered near the settlement of Migdal Oz, north of the city of Hebron, and that the 19-year-old had been killed in a Palestinian attack.

The security forces are in pursuit, in order to capture the despicable terrorist and hold him to account

There was no immediate claim of responsibility. Israel Radio said security authorities were looking into whether the soldier, Corporal Dvir Sorek, was killed in a failed kidnapping attempt.

“We were informed today about a grave stabbing attack,” Prime Minister Benjamin Netanyahu said in a statement. “The security forces are in pursuit, in order to capture the despicable terrorist and hold him to account.”

Hours later, Netanyahu attended a previously scheduled ceremony in the West Bank settlement of Beit El, where he laid a cornerstone for the construction of 650 new housing units.

He said Jews would not be driven from the area by Palestinians and “we will deepen our roots in our homeland”.

The Palestinians seek to end the Israeli occupation of territory seized in the 1967 Middle East and set up their own state in the West Bank, Gaza and East Jerusalem.

Israel said last week it would build 6,000 new homes for Jewish settlers in the West Bank - a move Palestinian leaders decried as showing Israel’s “colonial mentality” - but in a rare step it also approved permits for 700 houses for Palestinians.

Netanyahu, who is courting ultra-nationalist Jewish support ahead of a Sept 17 election, has hinted that Israel could annex its West Bank settlements - in defiance of world powers that view the enclaves as illegal, which Israel disputes.

The area of Hebron and surrounding Israeli settlements where the soldier’s body was found have often been a flashpoint of Israeli-Palestinian fighting.