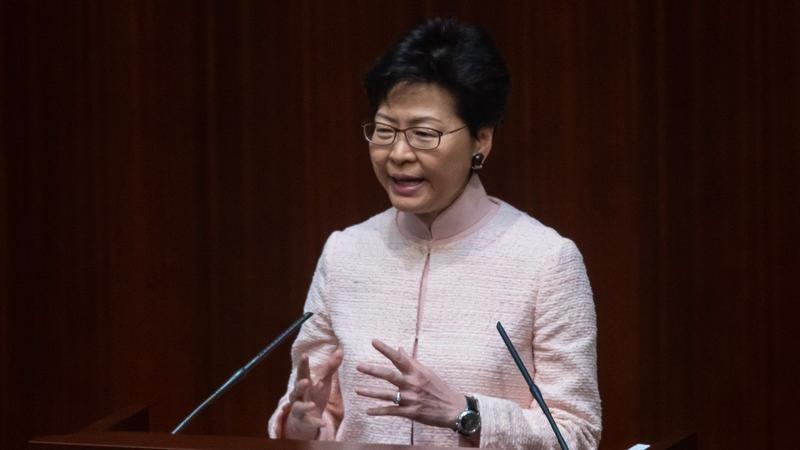 Lam made the remarks a day after the Hong Kong Special Administrative Region government announced a list of changes to the extradition bill on late Thursday.

They include raising the prison threshold for extraditable offenses from the original three years to seven years, and that any extradition request must be made through the top level of government of the jurisdiction in question.

The revisions were made to ease public concerns, Lam said. After making such changes, it is clearer that the amendments to the current extradition law are targeting heinous crimes, she said.

Lam also urged lawmakers to make full use of special meetings held by the Legislative Council Panel on Security to discuss the proposed extradition bill.

The panel scheduled five special meetings from Friday through Tuesday to discuss the amendments.

The meetings, altogether 20 hours, a platform for lawmakers and officials to talk about the issue face to face, will play a positive role in alleviating worries about the bill, Lam said.

Lawmakers can get a response from officials directly, Lam said, adding it will be helpful to allay public concerns over the law amendments. She also called for pragmatic discussions on the matter from various sectors.

The first special meeting was held on Friday morning. Secretary for Security John Lee Ka-chiu and Secretary for Justice Teresa Cheng Yeuk-wah attended the meeting and answered lawmakers' questions on the bill.

In addition, the city's leading law expert, Albert Chen Hung-yee, also acknowledged the government's efforts to respond to public concerns over the rendition bill. In Chen's view, the government's new changes to the extradition bill, in general, are acceptable.

In a separate development, a number of prominent figures in society joined an online campaign to express their opposition to joint statements issued by local schools opposing the government's move to amend the extradition law. They stressed such statements do not represent their stances and asked opposition supporters not to "kidnap" the alumni.

The proposed amendments to the Fugitive Offenders Ordinance and the Mutual Legal Assistance in Criminal Matters Ordinance will be tabled before LegCo's full council for the second reading to resume on June 12.