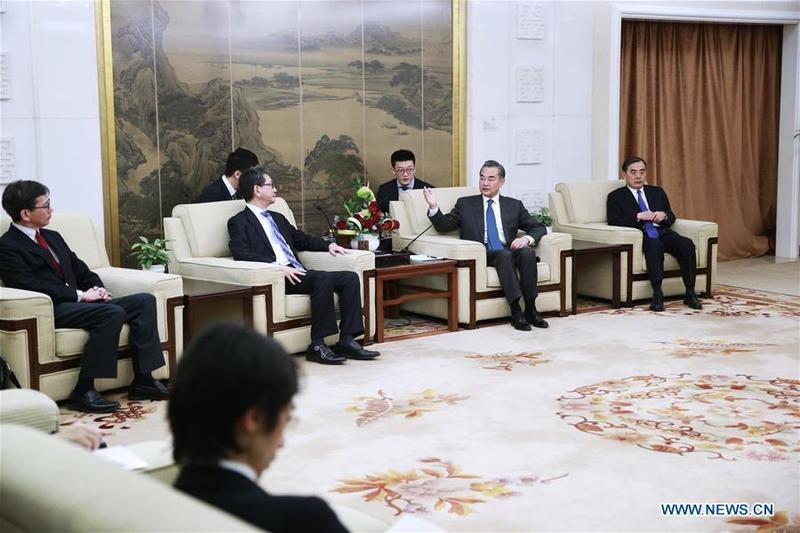 China-Japan relations have returned to a normal track due to frequent interactions between the two countries' leaders last year, Wang said.

“Positive energy should be injected continuously” to maintain the hard-won momentum, he said.

Calling 2019 a vital year for both China and Japan, Wang said China was ready to work with Japan to promote the healthy and smooth development of bilateral relations along the right track.

"Stable relations are also helpful for the two countries to coordinate and cooperate in international and regional issues as China and Japan are neighbors and major global economies," he added.

Mori, who is in Beijing to attend a regular China-Japan diplomatic consultation and a security dialogue on Friday, said Japan "treasures the improving and developing momentum of its relationship with China."

The Japanese side is willing to make efforts for further development of bilateral ties and for regional peace and stability, he said.