How many lives is Notre Dame worth? 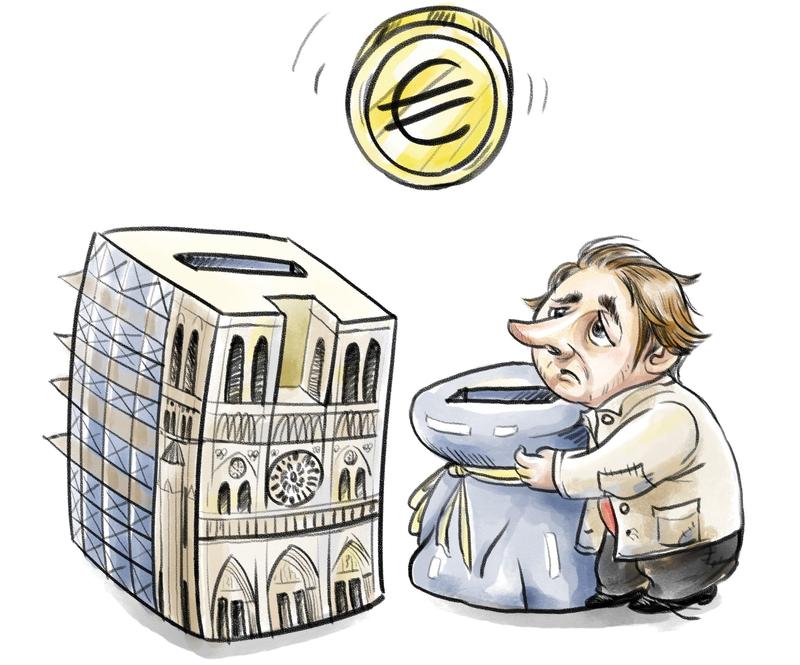 Just a little more than 24 hours after the fire that seriously damaged Notre-Dame de Paris on April 15, donations to rebuild the 850-year-old cathedral had crossed €1 billion (US$1.1 billion). Most of the money came from some of France's wealthiest people. Untec, the national union representing construction economists in France, has indicated that the cost of the reconstruction is likely to be between €300 and €600 million, far less than the amount raised.

France's gilets jaunes (yellow vest) protesters have already raised the obvious question: "What about the poor?" If the rich can so easily give hundreds of millions to restore a building, they could just as easily have spent that money elsewhere in better ways. They could have spent €1 billion to save lives. So let's confront the awkward question: How many lives is restoring Notre Dame worth?

Many will say that such a comparison is impossible. But if no comparison can be made, then we cannot know what is best to do. If the answer we propose seems simplistic, it can at least serve as a starting point from which to develop a better one.

An obvious reason to restore the cathedral is the enjoyment it brings, as an aesthetic and cultural monument, to the about 12 million people who visit it each year. Let's say each visit lasts three hours, on average. Rounding up, that is 4,500 years of visitor experience per year. No doubt, visitors to Notre Dame spend some time enjoyably recalling their trip, so let's double that and say Notre Dame produces 9,000 years of visitor benefit each year.

How many lives is that worth? Let's suppose that the experience of visiting or recalling Notre Dame makes people about twice as happy as they would otherwise be over that time period, which means, in effect, an extra hour spent at Notre Dame, or in recalling one's visit, is as good as extending someone's life by an hour. Suppose we're saving lives of people who would live 60 more years, the 9,000 years of annual benefit is equivalent to saving 150 lives a year.

That's a significant number of lives, but now we must ask how many lives €1 billion could save. Whatever the gilets jaunes may advocate, it's obvious that we could save more lives, and reduce more economic hardship, by helping people in extreme poverty in low-income countries than we could by spending it in France.

A lot more lives could be saved with donation

GiveWell, widely regarded as the world's most rigorous charity evaluator, said that the Against Malaria Foundation, one of its top-rated charities, which distributes bed nets in low-income countries where malaria is a major killer of children, saves a life for around €3,500. Using GiveWell's figure, €1 billion could prevent around 285,000 premature deaths. That's a lot more than 150.

Advocates of Notre Dame might think this undersells the value of the restoration, which will benefit visitors for centuries, whereas the money spent saving lives affects only this generation. To account for this, let's assume that if Notre Dame were restored, it would last another 850 years－that is, as long as it has already existed－before needing another major restoration.

Assuming for the sake of argument that we care just as much about future lives as we do about current lives, then the sum would be equivalent to saving just under 130,000 lives. Put this way, donating to an effective organization helping people in low-income countries to avoid malaria turns out to do more than twice as much good as restoring Notre Dame.

Even that probably overestimates the value of a restored Notre Dame, for we need to consider what would happen if we decided not to restore it. In that case, what would tourists do instead?

Tourists can visit other attractions

Most likely, visitors to Paris would seek out some of the city's many other attractions, such as the Sacré-Coeur basilica in Montmartre, which had 10 million visitors in 2017, or the Louvre museum, which had 8 million visitors. Or, they would go elsewhere and see other monuments－perhaps the Tower of London or the Taj Mahal. Presumably, they would enjoy their visits to those places too－not as much, but nearly as much. The value of visiting Notre Dame should be understood as the extra joy Notre Dame brings, relative to the next best thing that visitors might do with their time.

Given that we live in a world of wonders, that seems slight. When we account for this, Notre Dame's true benefit is perhaps no more than 10 percent of what we supposed－worth 13,000 lives if we use the 850-year timespan, or less than one-twentieth of the good achievable by a top charity saving lives.

Notre Dame's iconic towers are still standing, along with much else of the stone building. Suppose the cathedral were left in ruins because those who have offered millions collectively had a change of heart and decided to give the money to those in poverty. In that case, Notre Dame would join the many ruined monuments that attract tourists, from the Parthenon to the Roman Forum and Angkor Wat. But it would also be more than just an ancient ruin: it would serve as a visible reminder that the French people decided to spend their money not on restoring a building, but on improving people's lives.

Peter Singer is a professor of Bioethics at Princeton University, laureate professor at the University of Melbourne, and founder of the nonprofit organization The Life You Can Save. His books include Practical Ethics and The Most Good You Can Do. And Michael Plant is studying for a doctorate in Moral Philosophy at the University of Oxford.