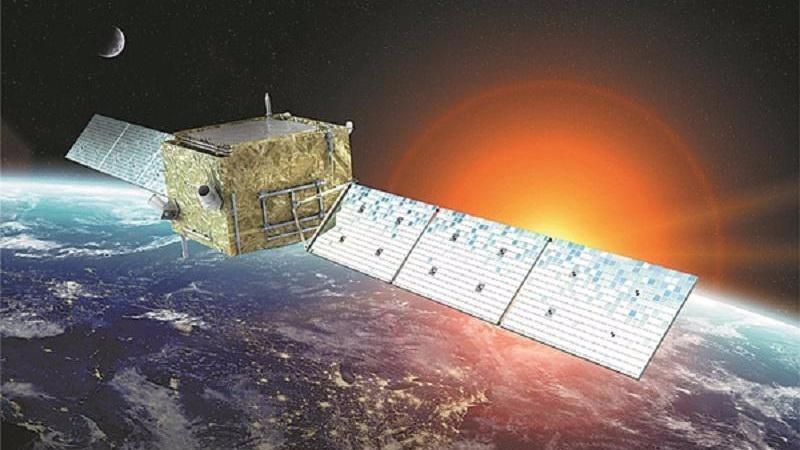 NANJING — A Chinese satellite, nicknamed Monkey King, is not only searching for the invisible dark matter, but also exploring the origin of the cosmic rays, high energy particles that travel through space at nearly the speed of light.

An international research team has conducted a precise measurement of the spectrum of protons, the most abundant component of cosmic rays, in an energy range from 40 GeV to 100 TeV (one TeV is one trillion electron volts, corresponding to one trillion times the energy of visible light) with China's Dark Matter Particle Explorer (DAMPE), also known as Wukong or Monkey King.

This is the first time that an experiment directly measures the cosmic ray protons up to the energy of 100 TeV with high precision, according to the research team.

The measured spectrum shows that the proton flux increases at hundreds of billions electron volts and then drops at around 14 TeV, indicating the existence of a new spectral feature of cosmic rays, said Chang Jin, the principal investigator of DAMPE and the director of the Purple Mountain Observatory (PMO) of the Chinese Academy of Sciences.

"The new finding is of great importance in helping scientists understand the source and acceleration of cosmic rays in the Milky Way," said Yuan Qiang, a researcher at PMO.

Discovered in 1912, cosmic rays are still largely an enigma. They are the direct samples of matter from outside the solar system. Physicists are still pondering where they come from and how they can be accelerated to ultra-high energies.

Now scientists have found that most cosmic rays are atomic nuclei. All the natural elements in the periodic table are present in cosmic rays. About 90 percent of them are the nuclei of hydrogen (protons); about 9 percent are helium nuclei (alpha particles); and the other heavier elements, electrons, gamma rays, neutrinos and antimatter particles make up the other 1 percent.

Since most cosmic rays are charged, their paths through space are deflected by magnetic fields. On their journey to Earth, the magnetic fields of the galaxy, the solar system, and the earth scramble their flight paths so much that we can no longer know exactly where they came from.

Scientists have to determine their origin indirectly. For instance, they're trying to figure out the origin of cosmic rays by looking at the spectral signatures of different elements. Such measurements offer critical information to understand their sources and the acceleration process.

China's DAMPE was sent into an orbit of about 500 kilometers above the earth on December 17, 2015. One of its scientific goals is to conduct precise measurements on protons and other nuclei in cosmic rays. The satellite performs excellently in distinguishing different particles.

"We speculate that the newly discovered spectral feature of cosmic ray protons might be produced by a nearby source which is a few thousand light-years from the earth," Yuan said.

Another possibility is that there are different types of sources of cosmic rays in the Milky Way, which generate different spectra, Yuan added.

"We still don't know what kind of celestial body generates those cosmic rays and from which direction they come. Many scientists believe that the majority of galactic cosmic rays come from supernova remnants. We need more observation with various methods to answer the questions related to the origin and acceleration mechanism of cosmic rays," said Yue Chuan, a researcher at PMO.

The DAMPE collaboration reported the precise cosmic electron and positron spectrum up to about 5 TeV in the academic journal Nature in 2017, showing unexpected and interesting features and might bring scientists a step closer to shedding light on the invisible dark matter.

The discoveries made by DAMPE, China's first astronomical satellite, reflect Chinese scientists' efforts in tackling the mysteries of the universe.

"Probing the origin of cosmic rays is probably not easier than searching for dark matter," said Yuan, adding that the research team will continue to measure helium and heavier nuclei to uncover the mystery of cosmic rays.

The result, based on DAMPE's data collected in its first two and a half years, was published online in the latest issue of Science Advances.