Venezuela talks in the balance as US ups pressure on Maduro 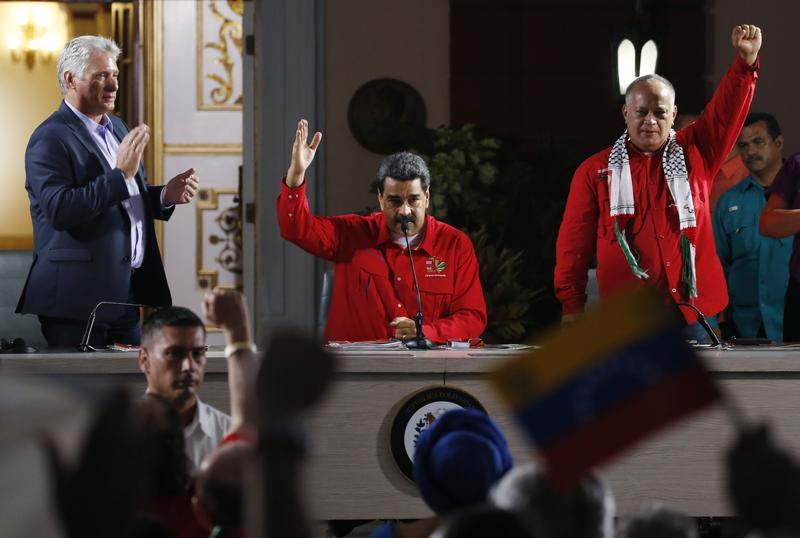 BOGOTA, Colombia — For weeks, representatives of Venezuelan President Nicolás Maduro and his would-be successor, opposition leader Juan Guaidó, have been shuttling back and forth to Barbados trying to agree on a common path out of the country's prolonged political standoff.

The meetings have been slow-going and shrouded in mystery, with neither side disclosing details. But now Maduro's supporters are accusing the US of trying to blow up the fragile process.

The purported explosive: sweeping new sanctions that freeze all of the Maduro government's assets in the US and even threaten to punish companies from third countries that keep doing business with his socialist administration.

"They're trying to dynamite the dialogue," Foreign Minister Jorge Arreaza said Tuesday at a news conference to denounce comments by US National Security Adviser John Bolton defending the asset freeze. "But nobody, not even 1,000 Trumps or 500 Boltons ... will make us abandon the negotiating table."

ALSO READ: US ready to target other countries for supporting Maduro

Building on its role as a facilitator of Colombia's peace process, Norway in May managed to overcome deep distrust arising from past failed attempts at dialogue and bring the two sides together in Oslo. Talks have since moved to the Caribbean island of Barbados, where the fifth round wrapped up last week.

Neither side has said much about what is being discussed although speculation has swirled in political and diplomatic circles that Maduro's envoys have expressed a willingness to call an early presidential election under a revamped electoral board and foreign observation. The US has insisted Maduro must give up power before any elections can be deemed credible.

Three people involved in the talks from different sides have described the environment as serious-minded and cordial, with each delegation dining and traveling back and forth to the island from Caracas separately. All three insist progress has been made, even if the thorny topic of elections is being left for last and an all-encompassing deal based on a six-point agenda is some way off. The people agreed to speak to The Associated Press only on the condition of anonymity because they weren't authorized to divulge details of the talks. 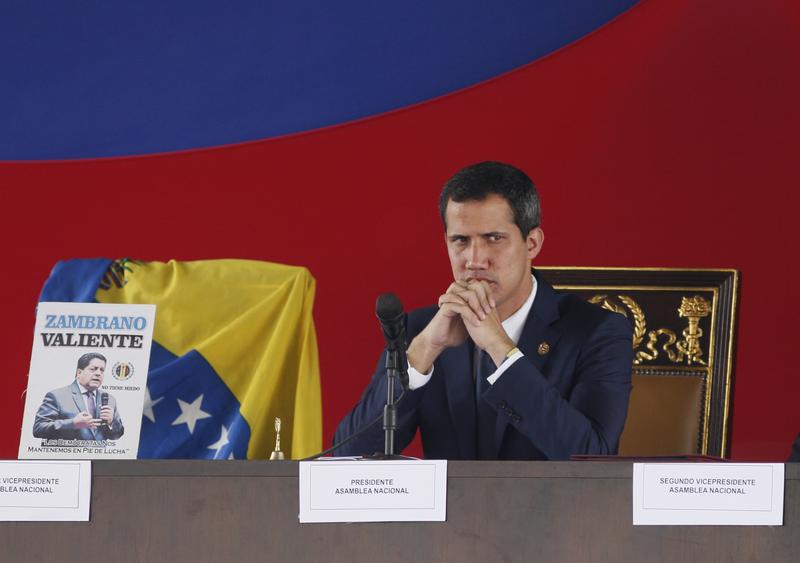 Such insider accounts differ sharply from the assessment of Bolton and other hardliners inside the Trump administration who have accused Maduro of using the talks to buy time.

"We will not fall for these old tricks of a tired dictator," Bolton declared Tuesday at a meeting in Peru of more than 50 governments aligned against Maduro. "No more time for tap, tap, tapping. Now is the time for action."

To be sure, nobody in the Trump administration has disavowed the talks, and some analysts believe Bolton's "bad cop" persona and his threats of more punitive actions to come may even provide a boost to the mediation effort.

David Smilde, a sociology professor at Tulane University who has studied Venezuela for over 25 years, said similar strong-armed tactics by the US failed to prevent a negotiated end to the civil wars in Central America in the 1980s. Then, as the Cold War was still raging, US funding of the contra army in Nicaragua in direct defiance of a regional peace plan actually increased international support for it.

Like Maduro, Guaidó, who heads the opposition-controlled congress, has shown no willingness to ditch the talks despite pressure to do so from hawks inside his coalition who accuse him of turning a blind eye to Maduro's alleged torturing of opponents.

"We are doing everything possible to continue the Norwegian mechanism," Guaidó said Tuesday when asked whether talks would continue.

But while neither side wants to bear the blame for a collapse, an eventual deal still faces huge obstacles. 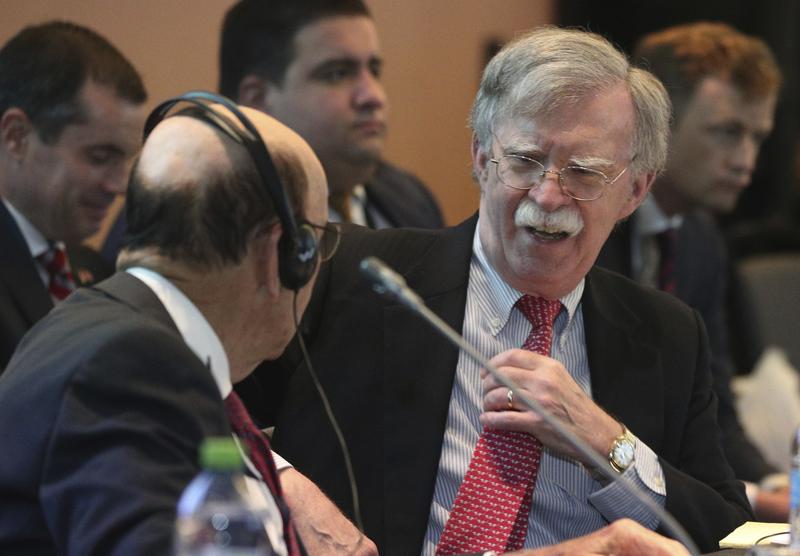 Maduro, although severely weakened by the US sanctions and increasingly isolated internationally, still enjoys the support of powerful allies like Russia and China. He also has the backing of the military, the traditional arbiter of disputes in Venezuela. Neither the military nor the US is a party to the talks, even though Maduro's main goal is the removal of US sanctions.

Meanwhile, Guaidó's momentum has stalled since he declared himself interim president in January over what the US and some 50 other nations saw as Maduro's fraudulent re-election last year. Demonstrations that at the start of the year filled the streets of Caracas have thinned to a trickle and a military uprising called for by Guaidó in April ended with several opposition lawmakers on the run or in exile.

While Guaidó's negotiators have become more flexible, some in the opposition will be emboldened by the latest US sanctions, said Phil Gunson, a Caracas-based analyst for the International Crisis Group.

READ MORE: US continues to ratchet up pressure on Maduro govt

But he said he sees no evidence Maduro is seriously considering giving up power.

"As long as each side pursues a winner-take-all approach, they are less willing to make concessions and a deal will remain elusive," Gunson said.