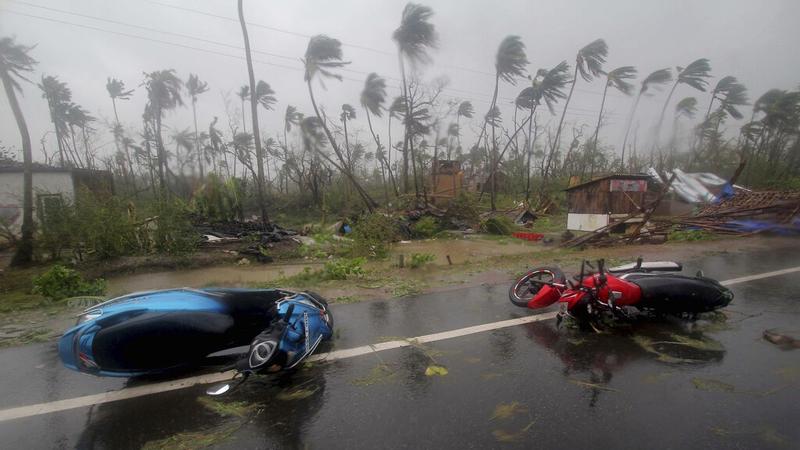 NEW DELHI — Relief officials say a rare summer cyclone that tore through parts of South Asia last week killed at least 34 people in India and another 15 in neighboring Bangladesh apart from smashing thousands of thatched-roof huts and uprooting electric poles and trees.

Relief officials in India's Odisha state say that authorities are still assessing the full impact of Cyclone Fani, which lashed beaches with rain and winds gusting up to 205 kilometers per hour as it made a landfall on Friday.

After weakening, the cyclone moved into neighboring Bangladesh.

A mammoth evacuation of more than 1 million people spared India a devastating death toll from one of the biggest storms in decades.