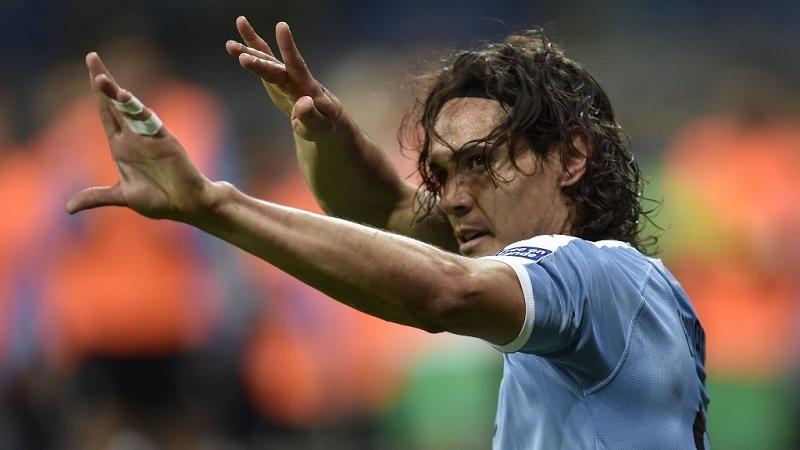 BELO HORIZONTE, Brazil - Edinson Cavani and Luis Suarez led Uruguay to a comfortable 4-0 win over 10-man Ecuador in the Copa America on Sunday.

Uruguay also scored with Nicolas Lodeiro and an own-goal by Ecuadorean defender Arturo Mina in the Group C match at the Mineirao Stadium.

Uruguay played with an extra man from the 24th minute after Ecuador's Jose Quintero was red-carded for elbowing Lodeiro during a ball dispute. Quintero was initially given a yellow card, but video review determined he deserved a red.

Uruguay was already in control when Quintero was sent off at the Mineirao, which held a small crowd of about 13,000 people.

Lodeiro opened the scoring in style in the sixth minute, controlling a pass from Suarez inside the area and lobbying the ball over a defender before finding the net.

"After the red card the game opened up and we dominated," Lodeiro said. "It was an important opening victory. We have to keep going game by game, always trying to improve."

Cavani had two close-range attempts saved by Ecuador goalkeeper Alexander Dominguez before finally scoring with a volley in the 33rd, then Suarez added to the lead after a corner kick in the 44th.

The fourth goal came when Mina as he tried to clear a ball crossed into the area in the 78th. The goal also had to be confirmed by video review.

Ecuador finished with only on shot on goal, coming in the first minute of the match.

Uruguay had two goals disallowed for offside, one in each half.

Guest Japan and two-time defending champion Chile will play the other Group C match on Monday in Sao Paulo.

Uruguay is the Copa America's most successful team with 15 titles, one more than Argentina. Its last Copa America title was in 2011.

Ecuador made it to the quarterfinals of the 2016 Copa America.

Uruguay next faces Japan on Thursday in Porto Alegre, while Ecuador takes on Chile in Salvador. 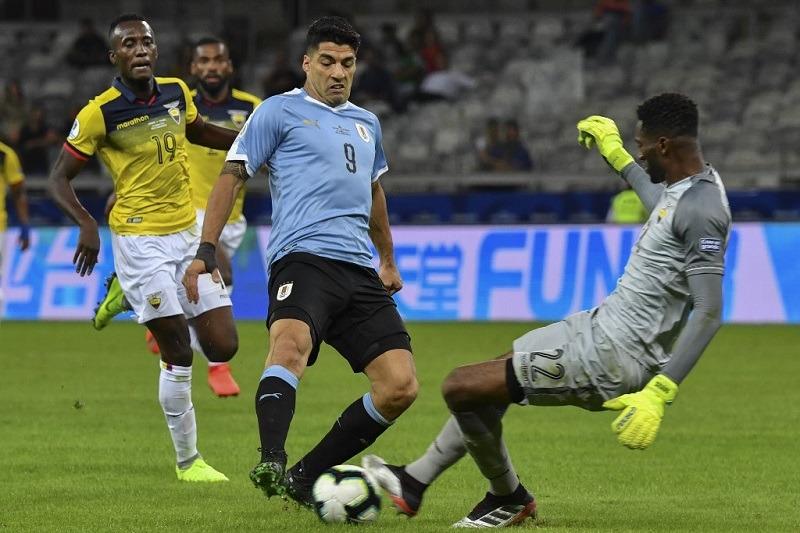