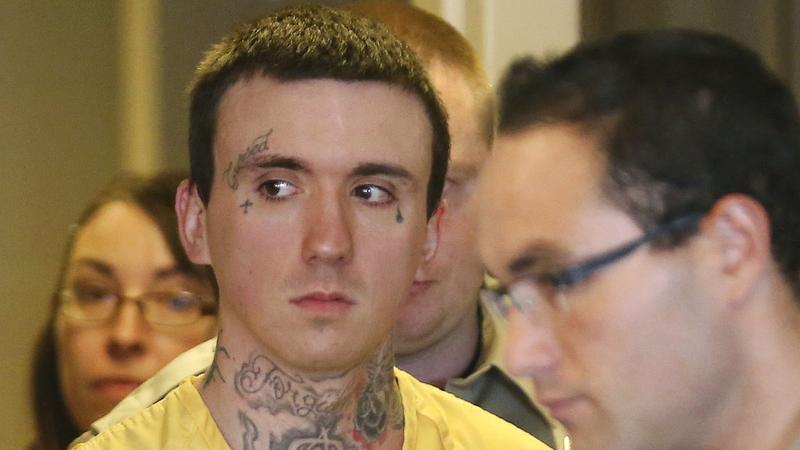 Austin Boutain is led in to the courtroom during a hearing on Sept 12, 2018, in Salt Lake City. Boutain, an ex-convict charged with gunning down a University of Utah student from China using a stolen gun from a previous killing, pleaded guilty to murder and kidnapping charges. Boutain entered the pleas in an agreement with prosecutors that allows him to avoid a possible death penalty. He was sentenced to life without parole. (RICK BOWMER / AP)

SALT LAKE CITY — An ex-convict pleaded guilty Wednesday to killing a University of Utah student from China using a gun stolen after another slaying.

Austin Boutain, 24, was sentenced to life in prison without the possibility of parole in the plea agreement that allowed him to avoid the death penalty. He pleaded guilty to murder and kidnapping charges.

He and his wife were charged with hatching a carjacking plot that led to the October 2017 death of Chenwei Guo, whose parents live in Beijing and were devastated over the death of their only son at age 23. 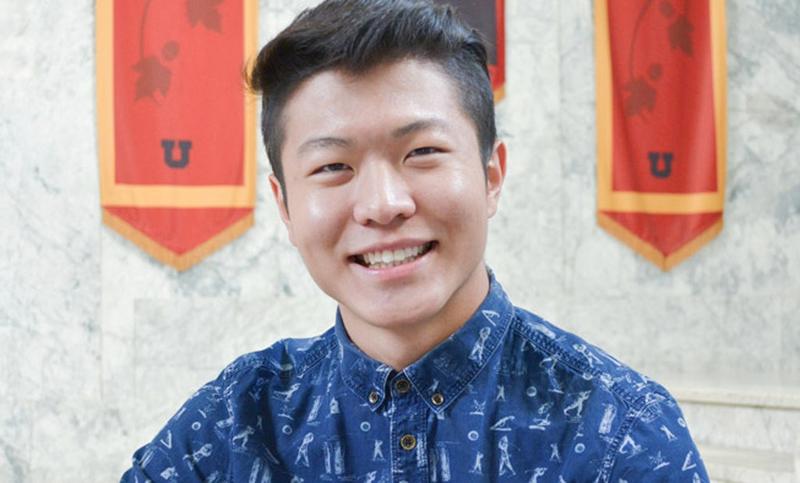 This undated photo provided by the University of Utah shows ChenWei Guo, who was shot and killed in Salt Lake City during a carjacking plot in October 2017. (UNIVERSITY OF UTAH VIA AP)

He "was a perfect son to them," said prosecutor Chou Chou Collins.

Boutain stood in the courtroom shackled, surrounded by guards. He also pleaded guilty to attacking another inmate and damaging a sprinkler in jail.

Austin Boutain, 24, was sentenced to life in prison without the possibility of parole in the plea agreement that allowed him to avoid the death penalty

"I know sorry doesn't mean much, but I am truly sorry," he said.

His wife Kathleen Boutain, 24, has been charged with criminal solicitation, theft and other counts. She has yet to enter a plea.

They were drifters who fled to Utah after cutting the throat of Mitchell Ingle, 63, in Golden, Colorado, in a plan to steal his trailer home, authorities said.

After Ingle's death, they drove his truck to Salt Lake City, ditched it and set up camp in a canyon near the university campus, police said.

There, they decided to find a car, force the driver to drive to Tennessee, using the driver's money to fund the trip before killing the person, according to charging documents.

After hours of looking for potential victims, Kathleen Boutain got frustrated and left, prosecutors said.

Austin Boutain walked up to Guo's car and knocked on the window to ask if he had seen her. When Gou, who was with a female friend, didn't answer, Boutain "became enraged" and fired at the car until the gun was empty, documents state. Guo was fatally struck in the neck.

The woman escaped and Boutain ran away, setting off a manhunt in the foothills near Salt Lake City. He eluded police for hours by crawling on his belly through thick underbrush and circling back to the city, authorities said.

He was caught when an alert librarian spotted him at the downtown library.

The couple has also been charged with murder and other counts in Colorado, though it's not clear when they'll face those charges. The two states are still negotiating whether Austin Boutain would be brought to Colorado following his Utah sentencing or would have to first complete his sentence there, said Pam Russell, a spokeswoman for Utah prosecutor Peter Weir.

Austin Boutain's criminal history includes drug, car theft and weapons charges dating to when he was a juvenile. He was released from an Alabama prison in spring 2017.