In this April 16, 2019 photo, the panelists engage in an active exchange of views with members of the audience who take part in a live poll on how many virtual bank accounts they would open once online banking services get off the ground in Hong Kong. (EDMOND TANG / ROY LIU / PARKER ZHENG / CHINA DAILY)

Hong Kong’s first batch of virtual banks have made it a point to emphasize customer-centricity — a stance that’s likely to mark the start of their campaign to woo the public.

“We want to be a challenger and provide better customer services. We do so by imbedding our tech DNA into innovative customer experience,” Ceajer Chan Ka-keung — senior advisor to online lending platform WeLab — told a panel discussion themed “Virtual Banking Shaking Up Fintech Landscape” organized in partnership with China Daily on Tuesday.

What’s needed to be successful bank? First and foremost, trust is needed

The forum was held in conjunction with the two-day Internet Economy Summit, at which representatives of the four virtual banks that have been granted licenses by the Hong Kong Monetary Authority so far would be keen to shine the spotlight on consumer experience.

Chan said the customer experience has to be “instant, intelligent and interactive” — features he hopes will be used as a model for existing products and services that energize the ecosystem.

WeLab became the fourth company to win a virtual bank license in Hong Kong from the city’s de facto central bank last week, and the first stand-alone enterprise to have been issued one. The other three licenses were awarded last month to joint ventures involving Bank of China (Hong Kong), Standard Chartered Bank and online insurer ZhongAn Online.

“We want to leverage technology to empower the customer experience and bring the best to Hong Kong. About 80 percent of our team consists of local talent who know the market,” he said.

Besides manpower, Lo said the company is looking to customers to help build its virtual bank.

“Our engagement model is to build the bank with our customers. We would like to engage them to give feedback and for the new operative model in Hong Kong to be community driven,” he said.

So far, ZhongAn has only launched a website allowing potential customers to sign up for a newsletter.

Virtual banks are brand new in Hong Kong, but discussions about the factors for their success abound.

Panel moderator Nelson Chow — chief fintech officer for the HKMA’s fintech facilitation office — asked the panelists about their views on what virtual banks need to succeed.

“What’s needed to be successful bank? First and foremost, trust is needed,” said Samir Subberwal, managing director and regional head of retail banking, Greater China and North Asia, at Standard Chartered Bank (Hong Kong). He acknowledged that Standard Chartered has the advantage of 160 years of “trust” behind it.

“Next is scale. We rely on our partners, like PCCW, for that. The question now is how to deliver financial services. We need to imbed our services into the daily digital life of consumers. Our partners have excellent telecommunication, entertainment networks and ecosystem,” Subberwal added.

Subberwal believes that the team and culture cultivated at virtual banks are important factors.

Michael Wang — head of Bank of China’s virtual bank working team — believes it also has a lot to do with timing.

“Everyone has a stake in this, and timing is key, especially when the acceptance rate of new technology is growing fast. For Hong Kong, it’s the right time,” he said.

Chan reckoned that trust and engagement are the major ingredients.

“We need to ensure that cyber security standards are met first to ensure there’s trust from the customers,” said Chan. “All banks, not just the virtual ones, have to be vigilant about it.”

“A lot of customers also don’t understand financial services. So, how do we make intelligent solutions and use tech to serve them better?” 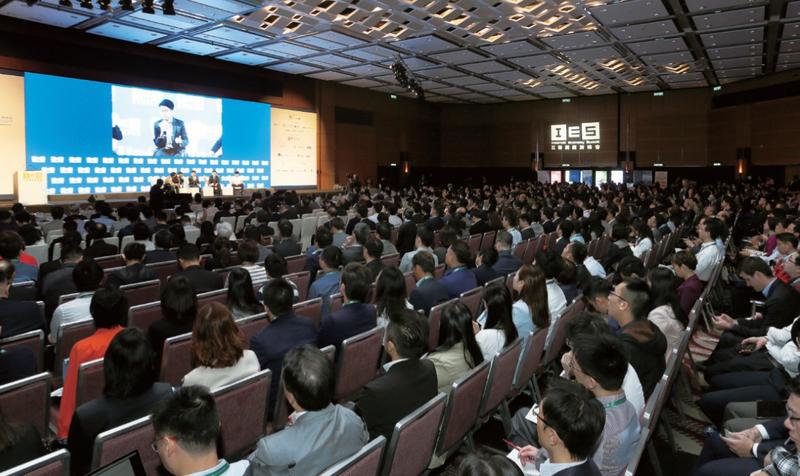 Lo concurred, suggesting that virtual banks should use a different approach in measuring their performance and direction. “Traditional banks use benchmarking analysis to gauge. We should look into the people living in Hong Kong and see what they want, then leverage technology to provide that,” he said, adding that it’s important for virtual banks to join forces and educate the public.

People, he said, are ultimately the ones who’ll be making adaptions in the financial ecosystem. This encompasses not just the public, but those working in virtual banks too.

“We have people coming from the traditional banks and startups. If people decide to be the changers, virtual banks provide a platform for Hong Kong talents to make it a better place,” said Lo.

He sees working closely with regulators to make sure the systems are resilient and secured. He believes combining that with the right services will see high adoption rates.

“Hong Kong consumers are clever and will shift. We’ve seen they’ll try new platforms, be it retail, logistics, they will try,” he said.

As the new kid on the block, virtual banks have a lot to assure the public, especially of the security which is much concerned — a topic that the panelists returned to during the discussion.

“As newcomers, we need to work harder in setting up procedures to ensure compliance and security measures are met,” Chan said.

He felt that virtual banks can essentially be considered regulated sandboxes, but secure ones.

“We use the latest and best tech available. A lot of virtual banking will be based on cloud technology, and we’ve built ours from scratch by working with the best providers. That way, we’ll be able to architect data to be protected from cyber security risks,” he said.

Other panelists noted that the traditional banks, not just virtual banks, need to be aware of cybersecurity risks and trends too.

As moderator, Chow asked the panelists what they expect the virtual bank landscape to be like in five years.

“Five years will transform a lot, just look at the mobile payment landscape alone. Banking will see a   lot more collaborations and developments in the ecosystem for the ultimate benefit of customers,” Lo replied.

“As virtual banks propel Hong Kong into a new era of fintech, we need to learn how to work with traditional banks and startups. I don’t think Hong Kong has been lagging behind, but we need to take things forward and provide world-class services.”

Chan believes that in the next five years, both traditional and virtual banks will know their customers better. “There would be different products and interesting offerings to different products to serve lifestyle and finance needs,” he predicted.

And, the Guangdong-Hong Kong-Macao Greater Bay Area is a particularly interesting prospect.

“Fintech in Hong Kong can serve a bigger base of customers. Concepts tested and proven here can bring a lot of opportunities beyond Hong Kong,” Chan said.

But, its development has to be in line with policies, which are still evolving, he added.

At the end of the panel discussion, members of the audience joined a live poll on how many virtual bank accounts they would open with the four existing players.

Although “two” was the top pick, 13 percent of them still chose “none”.

Based on the poll results, Chow said virtual banks have their work cut out for them to get the general public on board.