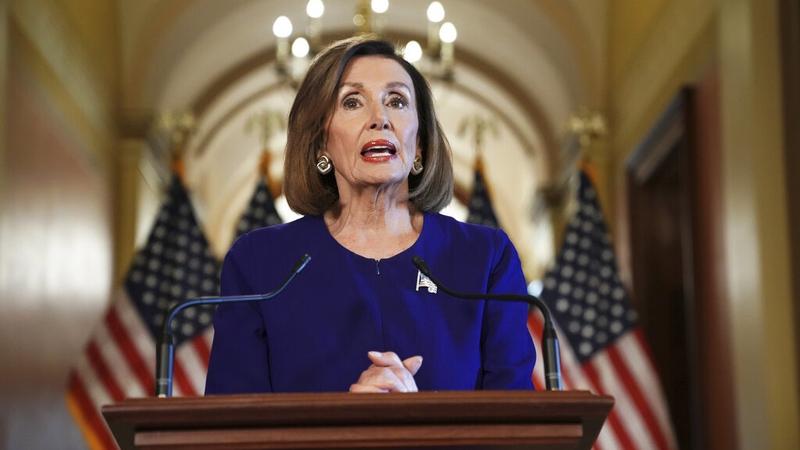 NEW YORK / WASHINGTON - Democrats finally made their move against US President Donald Trump on Tuesday, as Speaker Nancy Pelosi announced that the House of Representatives will open an impeachment inquiry over a phone call Trump had with Ukraine's president about Joe Biden and his son.

The actions taken to date by the president have seriously violated the Constitution. The president must be held accountable. No one is above the law

"The actions taken to date by the president have seriously violated the Constitution," Pelosi said after a meeting with House Democrats. "The president must be held accountable. No one is above the law."

ALSO READ: Democrats to continue probes of Trump amid no indictment unity

Pelosi said she will direct six House committees to proceed with their investigations into Trump "under that umbrella of impeachment inquiry."

Trump responded immediately to Pelosi's announcement, taking to Twitter and calling the inquiry "a presidential harassment."

He said the Democrats "never even saw the transcript of the call," adding their decision to impeach him is "a total witch hunt!"

The phone conversation was reported to be part of a whistle-blower complaint, filed mid-August by an unidentified intelligence official, that the Trump administration has not turned over to Congress.

The probe will center on whether Trump sought help from a foreign government in his bid for reelection in 2020.

Senate Minority Leader Chuck Schumer, Democrat from New York, said Tuesday his chamber voted unanimously in support of the content of the whistle-blower complaint being provided to Congress.

"The Senate by unanimous consent passed my resolution calling for the whistleblower complaint to be provided to Congress as required by law," Schumer tweeted.

Former vice-president Joe Biden is a top contender for the Democratic presidential nomination.

While Trump admits he discussed Biden with Ukrainian President Volodymyr Zelenskiy in a July phone call, he has focused instead on raising charges that Biden improperly tried to halt a Ukrainian probe of Burisma Holdings, a natural gas company. Biden's son, Hunter, served on the board of directors from 2014 to 2019.

Earlier on Tuesday, Trump said he authorized the release of the full transcript of the phone call between him and Zelenskiy.

Trump tweeted from New York, where he was attending the United Nations General Assembly session, that he has "authorized the release tomorrow of the complete, fully declassified and unredacted transcript" of the phone call. "You will see it was a very friendly and totally appropriate call," he added.

"Speaker Pelosi happens to be the speaker of this House but she does not speak for America when it comes to this issue. She cannot decide unilaterally what happens here," McCarthy said Tuesday. "They have been investigating this President before he even got elected," he added, referring to the Democrats.

Acting Director of National Intelligence Joseph Maguire has been withholding the material from congressional committees investigating the scandal.

The Hill, in a Monday report, cited a congressional official as saying Maguire and Michael Atkinson -- inspector general of the intelligence community with which the complaint was filed -- are both expected to testify before the Senate Intelligence Committee later this week.

Maguire is scheduled to appear before the House Intelligence Committee on Thursday, the report added.