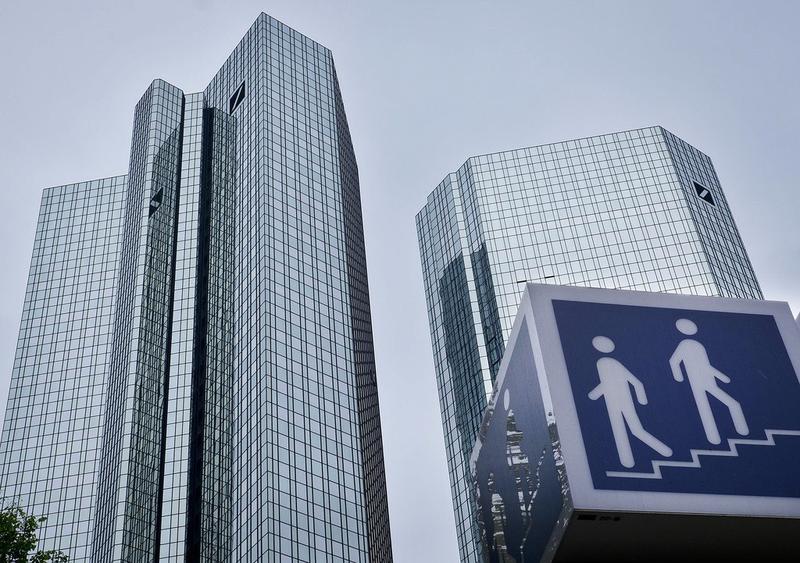 In this May 24, 2018 file photo, the towers of the Deutsche Bank are seen on the day of the annual meeting of the bank in Frankfurt, Germany. (MICHAEL PROBST / AP)

Still, the profit figure beat analyst estimates of 209 million euros and the Frankfurt-based bank said it was making quicker progress in cutting costs and reshaping its business model after three straight calendar years of losses.

CEO Christian Sewing, who took over in April with a mandate to speed the bank's transformation, said during a conference call with analysts that the results were "a step in the right direction" but acknowledged that "we have much more work to do to generate acceptable returns for our shareholders."

The strong European economy helped the results. Set-asides for bad loans were only 86 million at the bank's commercial lending business, near what the bank said were "historic low levels."

The bank announced July 16 that results would come in well ahead of expectations — a welcome boost for Sewing. He replaced John Cryan in April after the bank's turnaround effort was slow to show results. Germany's largest lender has struggled with low profits and high costs, and with billions in charges for regulatory and legal violations. The bank agreed in late 2016 to pay US$7.2 billion as part of a settlement with US authorities over its sales of bonds backed by mortgages to people with shaky credit.

Sewing has said the bank will cut personnel at its investment banking business — source both of high costs and volatile profits — and scale back its global ambitions to compete with US peers on Wall Street by focusing on European and German clients and cutting back on activities where it doesn't hold a market-leading position.

The bank's earnings paled in comparison to results for the quarter on Wall Street, where Goldman Sachs, Morgan Stanley, Bank of America, Citigroup and JPMorgan all turned in large increases in net profit thanks to US tax cuts and a strong economy.

Total non-interest expenses rose 1 percent at Deutsche Bank as costs for restructuring and severance more than doubled to 239 million euros. Adjusted costs — the company's cost-cutting benchmark — fell 1 percent to 5.6 billion euros as management cut back on outside professional services and vendors. Sewing vowed that the bank would meet its target for the year of 23 billion euros in adjusted costs.