Four things to look out for in Spain's matchday 9 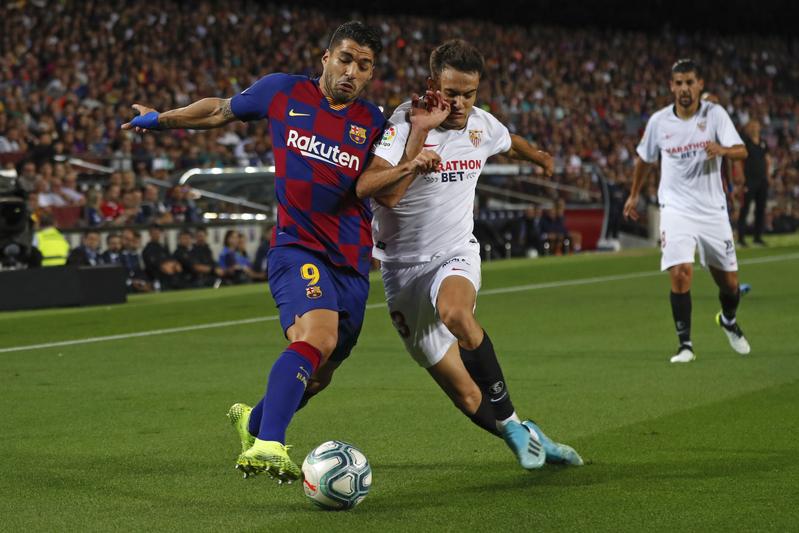 MADRID — The Liga Santander returns to action this weekend with a full fixture list which promises to be both fascinating and entertaining: here are some things to keep an eye out for over the coming days in Spain.

FC Barcelona travel to face Eibar on Saturday with Gerard Pique and Ronaldo Araujo suspended and Samuel Umtiti still working his way back to full fitness, leaving Ernesto Valverde with the problem of who is going to partner Clement Lenglet in central defense.

19-year-old Jean Clair Todibo looks to be in line for his second start of the season after facing Sevilla ahead of the international break, but the youngster is in for a difficult afternoon against Eibar's powerful forwards Sergi Enrich and Quique Gonzalez and he can expect to face an aerial battle of the kind he isn't used to.

ALSO READ: La Liga returns with Barca in Eibar and Madrid in Mallorca

Eibar have hit form with two wins and two draws after a slow start to the campaign and are always tough to beat in their compact Ipurua Stadium where space is at a premium.

Atletico Madrid against Valencia looks to be one of the most attractive fixtures of the weekend with Valencia travelling in decent form despite off the pitch boardroom disagreements.

Atletico meanwhile are struggling for goals and have scored just twice in their last four league games. Those two goals both came against struggling Mallorca and they drew a blank at home to Celta Vigo and Real Madrid, as well as away to Valladolid before the international break.

The talented youngster Joao Felix has lost some of his spark after a very promising start, while Alvaro Morata has just one goal this campaign.

Valencia's defense hasn't been exactly watertight this season, but the 0-1 win in their last away game against Athletic Club Bilbao implies Atletico may once again struggle to find a route to goal.

3 Can Kubo shine against the club that owns him?

Japanese forward Takefusa Kubo was one of the surprises of Real Madrid's pre-season with a series of impressive performances, but the fact the 18-year-old doesn't have a European Union passport meant that Real Madrid loaned him to newly promoted Mallorca to gain Primera Liga experience.

Real Madrid visit Mallorca on Saturday and thanks to a change in the club's policy with loan players Kubo will be able to play against them.

So far he has shown he is a fast and very skillful player who limits his area to around rivals' penalty areas, so will Saturday see Kubo bite the hand that feeds him?

4 Big day for Machin and Espanyol

Espanyol's defeat in Mallorca before the international break led to David Gallego being sacked as coach and replaced by Pablo Machin.

Machin makes his debut at the club where Wu Lei plays with Espanyol second from bottom of the Liga Santander and with a home game against Villarreal.

Villarreal have no lack of talent in their side, with players such as Gerard Moreno and Santi Cazorla, but have lost their last two away matches and could offer Machin the chance of a winning start, but for that to happen Espanyol need Wu Lei, Jonathan Calleri and Fecundo Ferreyra to start hitting the target.