Diplomat: China, US 'stand to gain from cooperation' 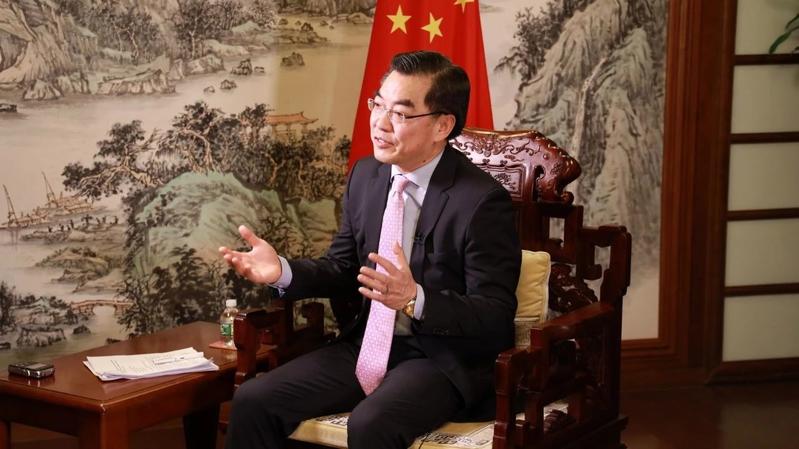 NEW YORK — China and the United States should persist in pushing forward and expanding cooperation, which has benefited both sides during the past four decades, a senior Chinese diplomat said here on Wednesday.

Huang warned that "exaggerating the competition out of all proportion would squeeze our space of cooperation."

Huang Ping, Chinese consul general in New York, made the remarks at the annual spring luncheon of the America China Public Affairs Institute (ACPAI) before some 200 guests from the political, business and cultural sectors of both sides.

"For both countries, the past 40 years have been successful and extraordinary, and have delivered enormous benefits to our peoples," said Huang, citing the stunning growth in bilateral trade, investment and people-to-people exchanges since the establishment of the China-US diplomatic ties in 1979.

Such achievements have showed that "China and the United States stand to gain from cooperation and lose from confrontation," which still holds true today as bilateral ties have come to a critical stage, said Huang.

Noting that competition between the two countries is inevitable, Huang warned that "exaggerating the competition out of all proportion would squeeze our space of cooperation."

The vast potential for further China-US cooperation and growth in the future is "unimaginable," and any attempt to decouple the two countries will be "futile and harmful," he stressed.

Founded in 2012, the ACPAI is an independent, nonprofit organization dedicated to forging cooperative and inclusive relationships between the United States and China.