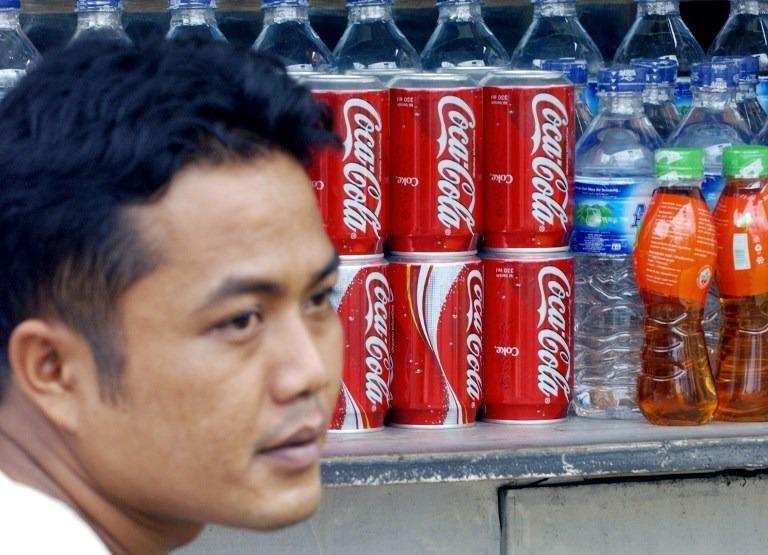 A vendor waits for customers displaying Coca Cola and other beverages at his roadside stall in Jakarta, 19 Jan 2006. (ADEK BERRY / AFP)

Singapore, one of Asia's biggest per capita consumers of sugar, is about to be the first country in the world to implement a total ban on ads for packaged drinks with very high sugar content, according to the Straits Times.

Such drinks as well as medium-to-high sugar content beverages must also carry a label on the front of the pack to signal that it is unhealthy, the report says, citing Senior Minister of State for Health Edwin Tong.

The timing of the new measures and exactly what will be affected is set to be announced next year, with implementation expected to take one to four years, according to the newspaper.

Southeastern Asian countries including Singapore and Malaysia are among the highest consumers of sugar in the world when measured on a per capita basis, according to Bloomberg Intelligence. That’s led to an increase in health issues, with diabetes and obesity among the city state’s top diseases.

Consumers globally are cutting back on the sweetener with food companies committing to reducing sugar and calorie content, Pablo Sherwell, head of food and agribusiness research for North America at Rabobank, said last month. These initiatives could accelerate a slowdown in consumption, Sherwell said.