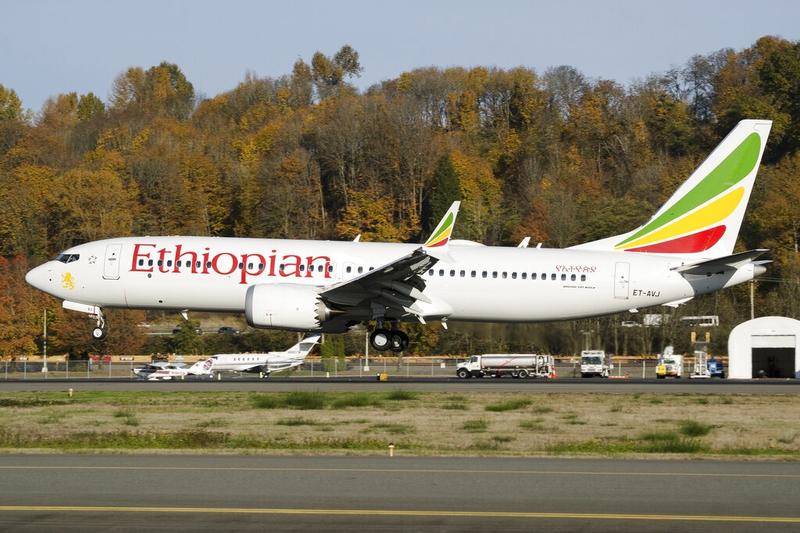 The doomed Ethiopian Airlines plane that crashed on Sunday was in trouble almost immediately after takeoff as it lurched up and down by hundreds of feet at a time, the New York Times reported, citing a person who reviewed the jet’s air traffic communications.

The captain of the Boeing Co 737 Max 8 asked in a panicky voice to turn back only three minutes into the flight as the plane accelerated to abnormal speeds, the newspaper reported.

All contact with Flight 302 was lost five minutes after takeoff from Addis Ababa and even before the captain’s radio message, controllers knew he had an emergency, the New York Times reported

All contact with Flight 302 was lost five minutes after takeoff from Addis Ababa and even before the captain’s radio message, controllers knew he had an emergency, according to the newspaper.

The March 10 crash, the second involving Boeing’s 737 Max in less than five months, triggered a wave of groundings for the plane model by airlines and regulators around the world and US authorities finally followed them on Wednesday.

The exact nature of the flight’s problems is key because investigators are trying to establish whether the crash, which killed all 157 people aboard, is linked to an October disaster in Indonesia involving the same model of plane.

Regulators in the US and Canada have said the profiles of the two short flights are similar, but haven’t yet concluded they were caused by the same problem. The Lion Air flight in Indonesia descended and climbed more than two dozen times as pilots fought against the plane’s automated safety system that was trying to push down the nose.

The voice and data recorders from the Ethiopian Airlines plane have been flown to Paris for investigation.

Jets may be grounded through April

After a briefing by aviation regulators Thursday, US House lawmakers said the 737 Max family of passenger jets could remain grounded in the US at least through April.

US House lawmakers said flights won't resume until the planes receive updated flight control software, adding that the process could last for six weeks or more

Flights won’t resume until the planes receive updated flight control software that Boeing and the US Federal Aviation Administration are racing to finalize, Pete DeFazio, the Oregon Democrat who chairs the House Transportation and Infrastructure Committee, and Missouri Republican Sam Graves, that panel’s ranking member, said after the briefing by FAA Acting Administrator Daniel Elwell and others.

That process could last for six weeks or more depending on additional training needed for pilots, said Representative Rick Larsen, the Democratic chairman of the panel’s aviation subcommittee and whose district includes Boeing’s campus in Everett, Washington.

“I know the software fix is going out in a couple of weeks and going fleet-wide is going to take at least through April,” Larsen told reporters after the briefing.

Boeing is preparing fixes to anti-stall software that baffled pilots of the downed Lion Air jet by pitching the plane’s nose down dozens of times before it crashed in the Java Sea off the coast of Indonesia in October. The system was activated by a reading from a single faulty sensor, without any pilot input.

Boeing fell 0.8 percent to US$374.24 at 2:07 pm in New York, heading for an eighth decline in the past nine days. A close at the current level would drag the stock’s weekly decline to the most since 2010.

Elwell said Wednesday the FAA was hopeful the software update would be ready “within a couple of months” and expressed optimism it would mitigate risks experienced by pilots.