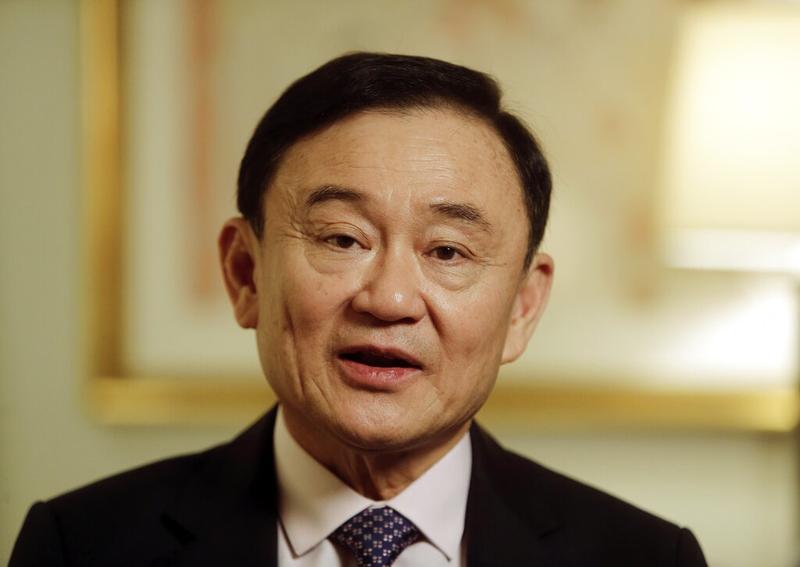 BANGKOK — Thailand's king has stripped fugitive former Prime Minister Thaksin Shinawatra of his royal decorations, citing his 2008 flight to escape serving a two-year prison term on a conflict of interest conviction and other legal cases against him.

Thai media reported that the royal command from King Maha Vajiralongkorn was published Saturday in the Royal Gazette.

Last week, a military award Thaksin Shinwatra has been given was revoked by the army, with the explanation that he failed to deserve the honor

The move follows a March 24 general election in which a party loyal to Thaksin claimed it won enough seats to form a coalition that would hold a majority in the House of Representatives. Final certified results will not be issued until May 9, and the Election Commission has warned there could be some disqualifications by then.

Last week, a military award Thaksin has been given was revoked by the army, with the explanation that he failed to deserve the honor.

Vajiralongkorn on election eve had issued a statement urging voters to select "good people" for public office, a message taken as implicit support for Thaksin's opponents, mainly the military-backed Palang Pracharath Party, which won the highest number of popular votes.

Thaksin, a billionaire with populist policies, became prime minister in 2001 but was ousted by a 2006 military coup. Abuse of power and disrespect for the monarchy were two of the accusations that were offered as justification for the coup.

The army staged another coup in 2014 against a government that had been formed by Thaksin's sister Yingluck Shinawatra, who was forced out of office on a controversial charge, later found guilty of negligence in her duties, and also fled into exile.

The 2014 coup was led by then-army commander Prayuth Chan-ocha, who has been junta chief and prime minister since then, and is the candidate of Palang Pracharath Party.

The 2006 coup set off a sometimes violent struggle for power between Thaksin's supporters and opponents, and pro-Thaksin parties staged several comebacks even though the military and other royalists have tried to dismantle his political machine.

These include changes in the constitution and election laws under the military government that were meant to handicap parties loyal to Thaksin.

The hostility of royalists toward Thaksin has been evident since he was in office, though was never expressed directly by members of the royal family, including Vajiralongkorn's father, King Bhumibol Adulyadej, who died in 2016.  The royal family by tradition is above politics.

Vajiralongkorn's older sister, Princess Ubolratana, caused an uproar in February when the pro-Thaksin Thai Raksa Chart Party registered her as its nominee for prime minister. The move was initially seen as a clever ploy by Thaksin's political machine to immunize itself against charges that it opposed the monarchy. It backfired badly when the king declared it inappropriate and unconstitutional, and the party was dissolved by the courts before the election, hurting the pro-Thaksin forces.

Princess Ubolratana, however, made a high-profile appearance at the wedding reception of one of Thaksin's daughters in Hong Kong just two days before the election. Photos and video of the event showed Thaksin welcoming her warmly.

Thailand's monarchy is protected by strong lese majeste laws that make whatever is judged defamatory of the royal family punishable by three to 15 years' imprisonment.