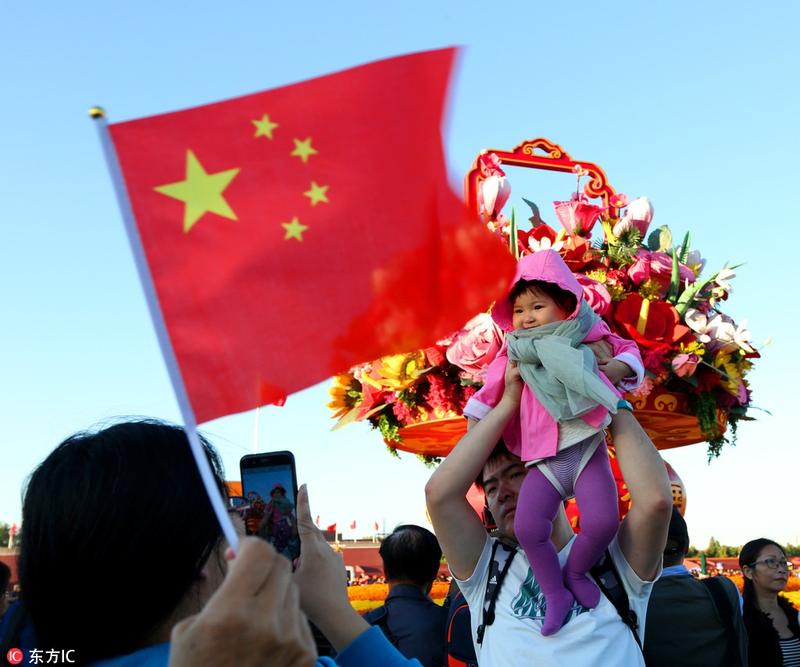 Tourists pose for pictures at Tian'anmen Square in Beijing on Oct 6, 2018. (PHOTO / IC)

With airplanes taking off and landing, trains thundering in and out of busy stations and some travelers experiencing self-driving tours, the past week-long National Day holiday, dubbed "Golden Week", witnessed soaring upgrade trends in China's transportation, tourism and consumption.

Data released by the Ministry of Transport, the Ministry of Commerce, the National Immigration Administration, China Tourism Academy and various online travel platforms show how Chinese enjoyed the holiday with their rising willingness to travel and stronger spending abilities. 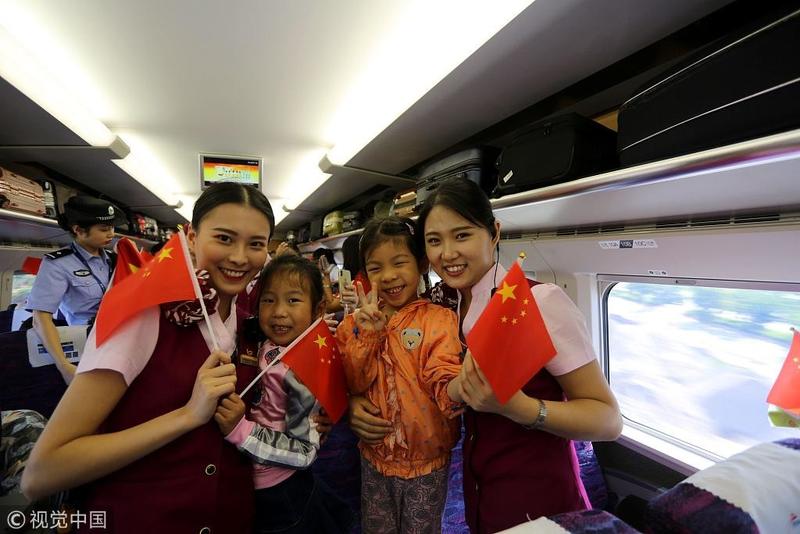 Passengers and train attendants celebrate National Day on the high-speed train from Fuzhou to Hong Kong on Oct 1, 2018. (PHOTO / VCG)

A total of 616 million passenger trips was estimated to be made during the holiday, according to the Ministry of Transport.

High-speed railway travel was highly favored by passengers during the holiday and it contributed to a more than 50 percent year-on-year increase in the number of people traveling to surrounding areas, according to a report by online travel services provider Ctrip.

The Hong Kong Section of the Guangzhou-Shenzhen-Hong Kong Express Rail Link, which came into service on Sept 23, made Hong Kong a super hot destination for residents in the Pearl River Delta region during the holiday. From Sept 28 to Oct 7, the high-speed rail served about 657,000 passengers between Hong Kong and different cities in the Chinese mainland. 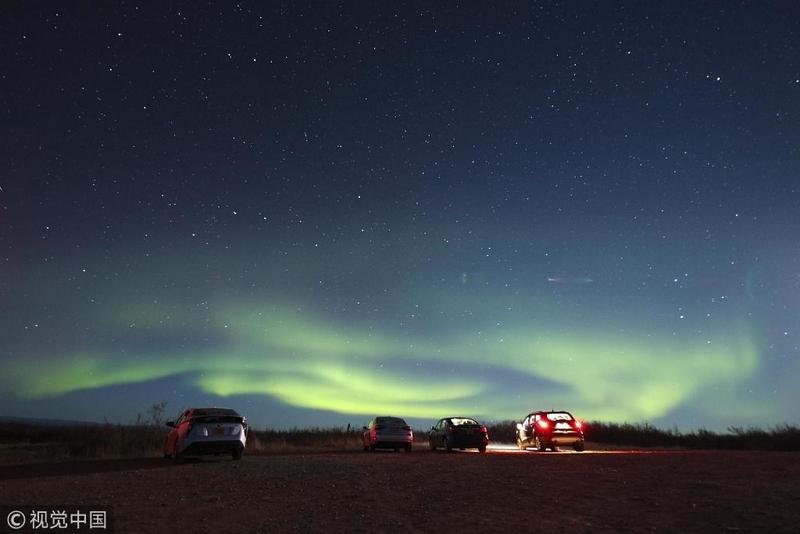 The number of inbound and outbound passengers set a record high by reaching 13.6 million during the holiday, up 9 percent year-on-year, according to the National Immigration Administration.

Post 95s became the fastest growing force in outbound travel by increasing 120 percent in numbers, according to a report by Alibaba Group's travel unit Fliggy.

For Chinese outbound tourists, countries involved in the Belt and Road Initiative have become more popular. A report by Ctrip read that Chinese people's online searches for Central and Eastern Europe countries, such as Croatia, Serbia, Georgia and Azerbaijan, as travel destinations have increased sharply. 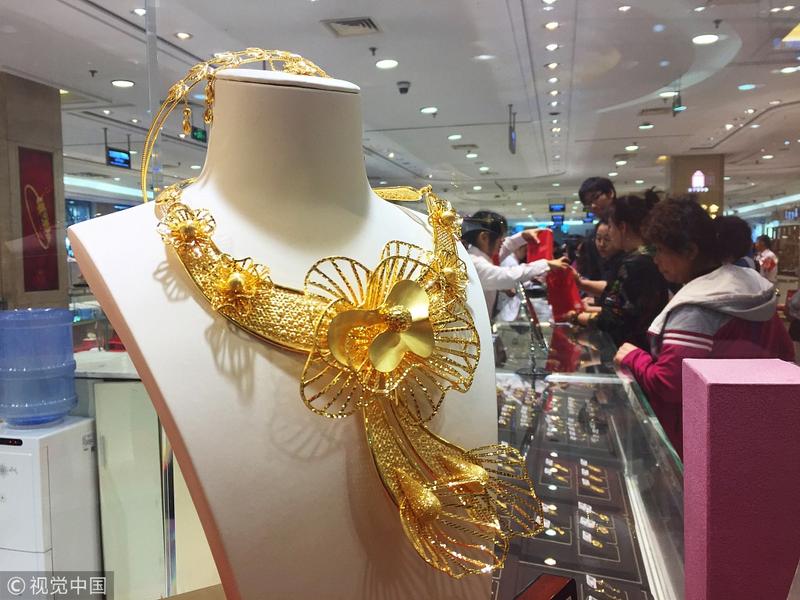 From Oct 1 to Oct 7, retail and catering enterprises across the country achieved sales of about 1.4 trillion yuan (US$203 billion), with daily sales increasing by 9.5 percent year-on-year, data released by the Ministry of Commerce showed. 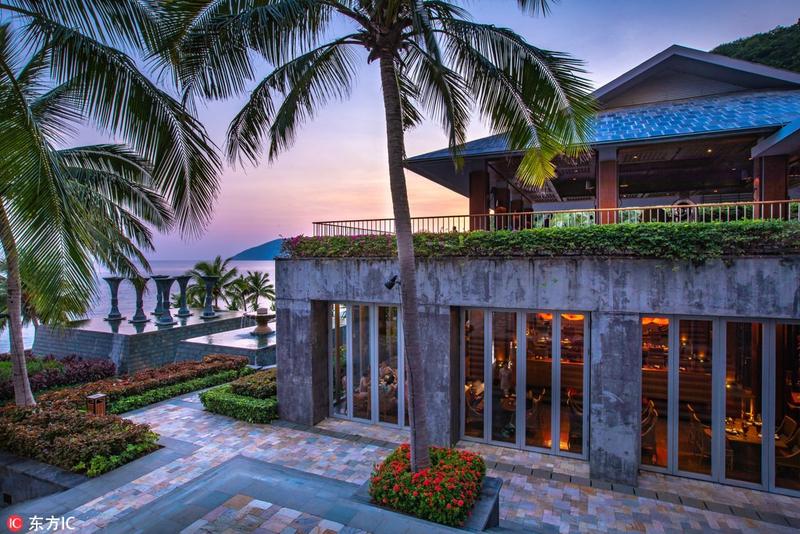 Ctrip said Chinese tourists were more willing to spend money on experiences during the holiday and new tourism products, such as private group, customized tours and local guides were popular.

In addition, the top three most popular kinds of goods bought by Chinese outbound tourists during the holiday were cosmetics, playful and practical commodities, and local specialty foods, according to a report released by LY.com, a Suzhou-based online travel agency. 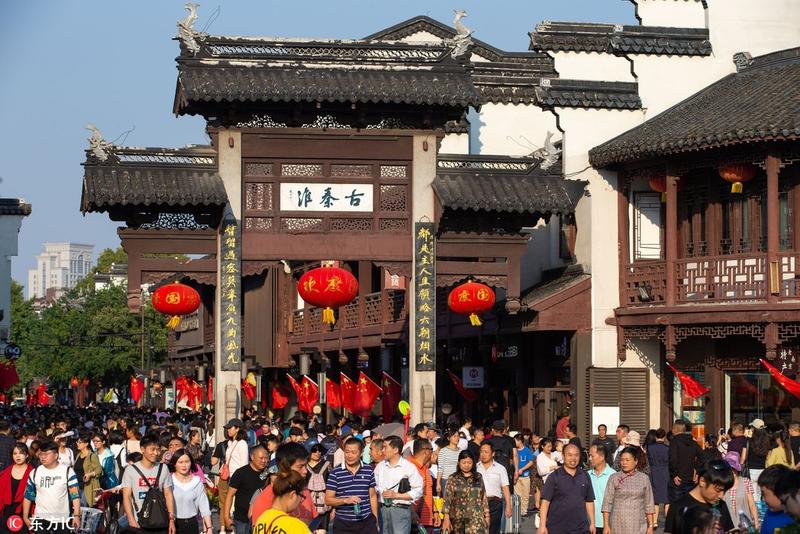 More than 90 percent of travelers made visits to attractions highlighting cultural events and activities and more than 40 percent of them experienced two cultural activities during the holiday, making culture experience a high priority, according to the China Tourism Academy.

Data from major domestic online tourism platforms show that the overall booking volume of cultural attractions increased by more than 36 percent from Oct 1 to 7, with the largest increase in the booking volume of tickets and cultural exhibition products. 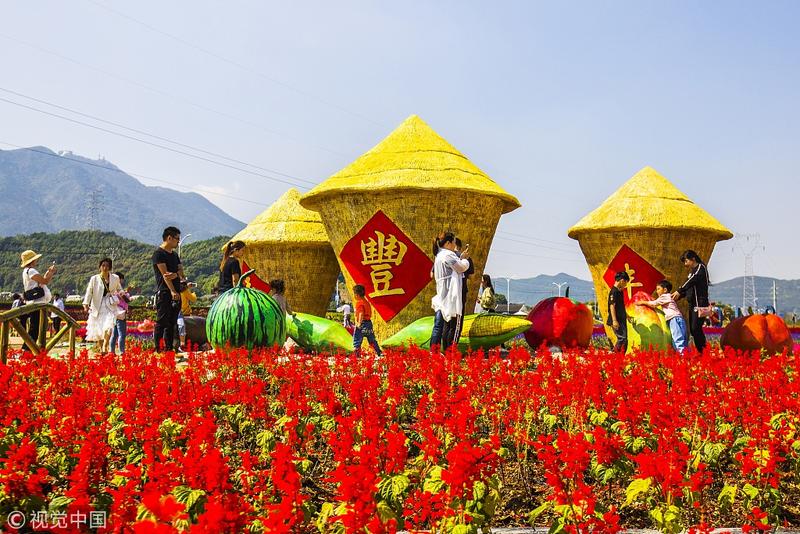 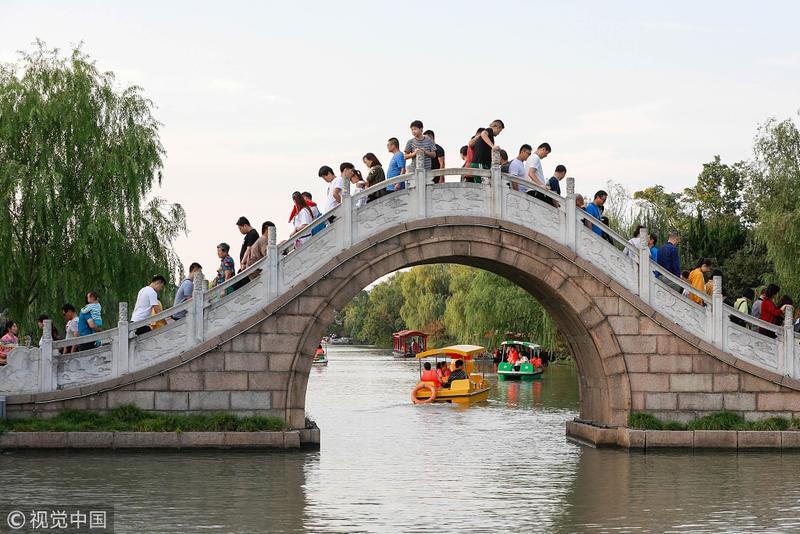 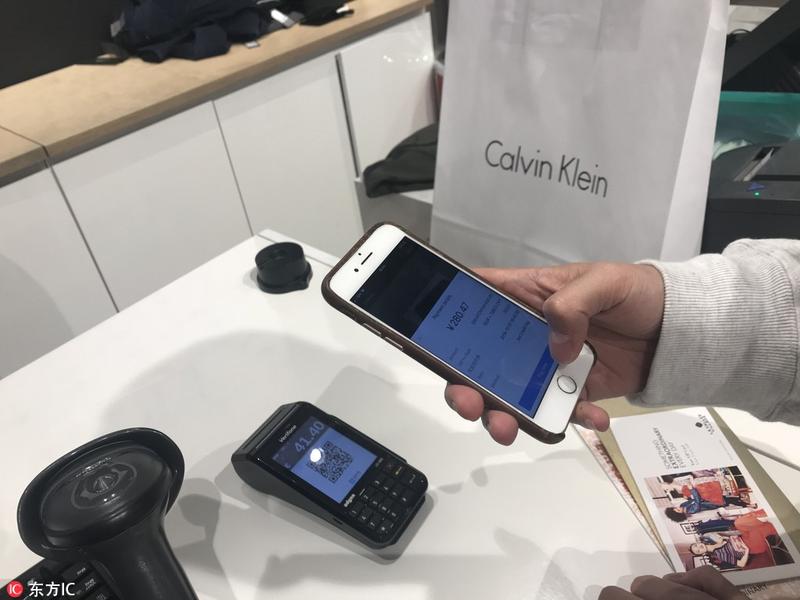 A Chinese tourist use mobile payment when shopping at La Vallee Village, an outlet mall specializing in the sale of discounted designer brands, in Paris, Oct 1, 2018. (PHOTO / IC)

Chinese shoppers drove a mobile payment trend in the world while traveling overseas. The number of mobile payments in British Bicester Village increased 90 times over the same period of last year, while it increased 70 times and 55 times in the Dotonbori district in Janpan's Osaka and Sydney Airport in Australia, respectively, Chinese online payment platform Alipay said in a report.